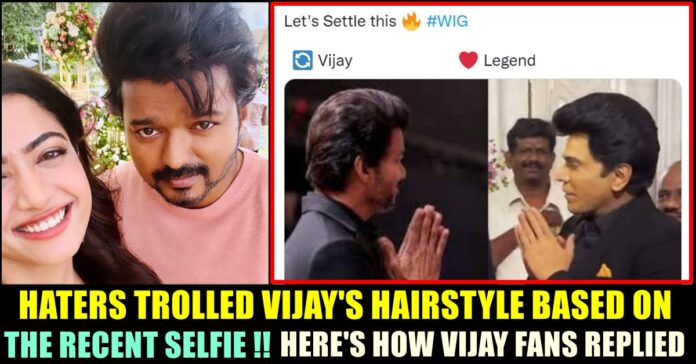 A couple of days ago, actress Rashmika shared a selfie of herself with actor Vijay from the sets of the actor’s upcoming film “Varisu”. In the picture which was shared by the actress in her story section of her Instagram space, Vijay was seen having a different hairstyle than usual and smiling for the picture. Many of the haters of the actor started trolling him, saying that the actor is using artificial wig to look smart. 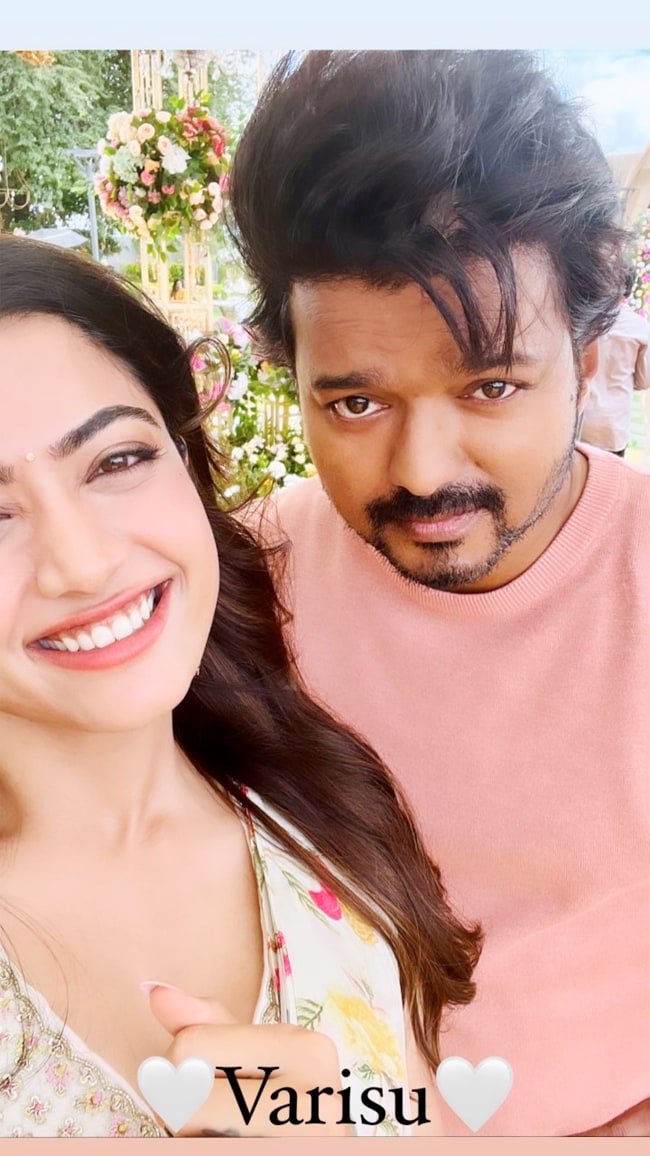 However, the actor’s fans came up with a video of an hairstylist explaining how he worked on “bouncy” hairstyle for the actor and about how patient he was. Check out some of the reactions that surfaced against Vijay for the selfie below :

Reacting to such comments, fans of actor Vijay came up with a video of a hairstylist talking about how he worked with the “Thuppakki” actor. “He invited me to do styling. I have been cutting his hair for the past four, five times. He asked for one where his hair needs to look bouncy with volume and questioned if it could be done. I said “Yes” and we worked on it” the stylist could be seen in the vide shared by Vijay fans.

“Sir would tell the details first on how he wants the hairstyle to be and would stay with patience, irrespective of how long it takes. Even if we seek for his inputs in between, he would let me to finalize” the stylist further said.

Previous article“I Took Screenshots Of Everything” – Dulquer Salman !!
Next articleTN Kids Denied Candies Due To Their Caste !! Man Arrested

Days after replying to a troll in Instagram, upcoming actress Anikha Surendran replied to another Instagram user who advised her not to wear too...