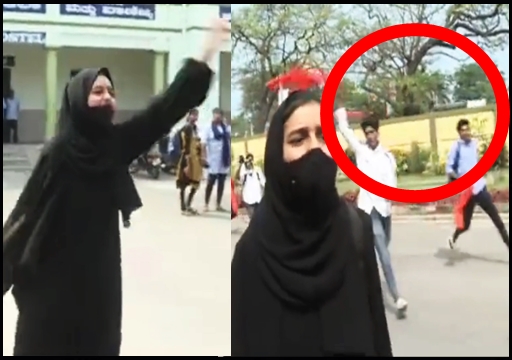 Basavaraj Bommai, chief minister of Karnataka announced leave for all schools and colleges in the state for three days after the controversy over students wearing hijab on campus intensified with violence being reported from several districts. “I appeal to all the students, teachers and management of schools and colleges as well as people of karnataka to maintain peace and harmony. I have ordered closure of all high schools and colleges for next three days. All concerned are requested to cooperate” read his tweet.

Earlier, in a confrontation that was caught on camera, a student in a hijab stood her ground as she was heckled by a large group of slogan shouting young men wearing saffron scarves at a college named Mandya Pre-university college in Karnataka. In the video, the young woman could be seen parking her scooter and heading towards the college campus. 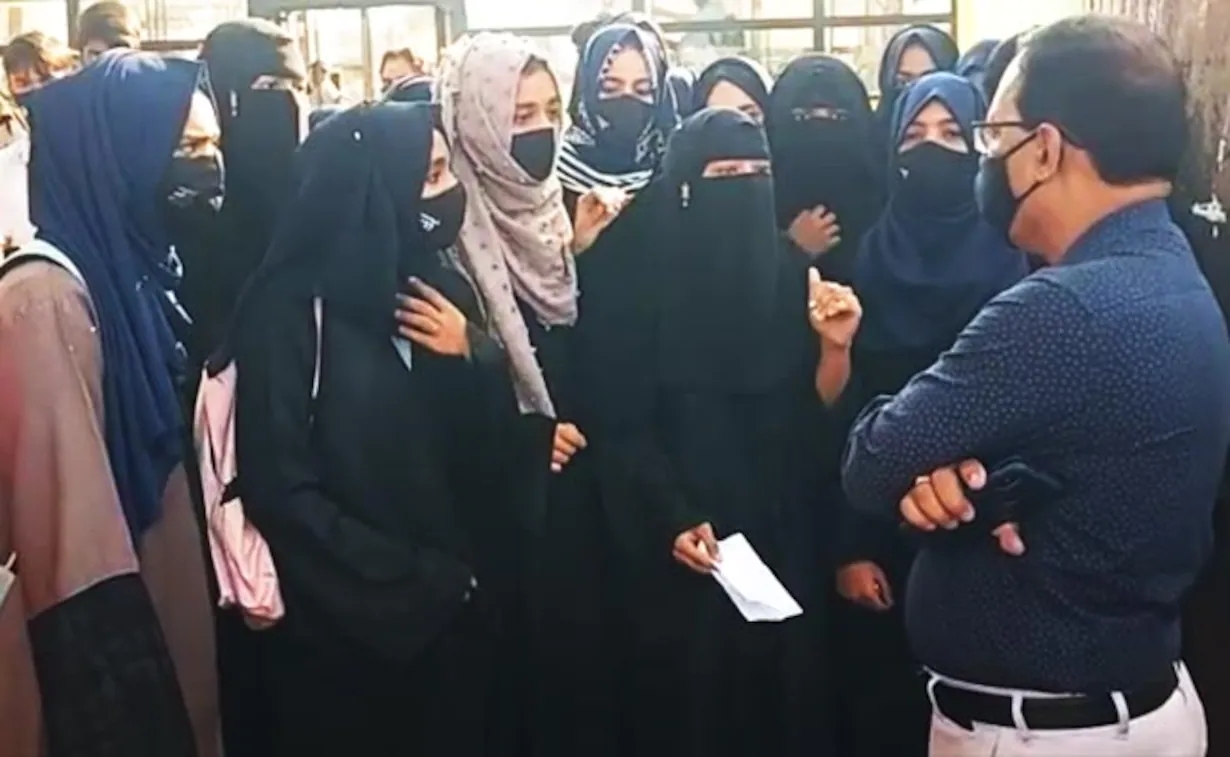 On seeing her, a bunch of students wearing saffron scarves shouted “Jai Shree Ram” and advanced towards her. The lone student didn’t look intimidated as she was seen shouting back “All hu Akbar” by raising her hand. The men followed her when se walked forward. “What is the problem if I am wearing the burqa ?” she says to a person.

However, the men continued following the girl, chanting the slogan and the college officials stepped in to guard the girl and stopped the men. Watch the video below :

A more expanded and clean feed of the above episode. #KarnatakaHijabRow pic.twitter.com/TIieUQJUWN

The video created huge outrage among the users of online platforms with many condemning the saffron boys for harassing a lone female student just because she is wearing a burqa. Hashtag “Shameful” is trending in the micro blogging social media site with many celebrities calling out the saffron boys.

The harassment of young Muslim girls in Karnataka, both by the State and the ABVP goons, is just a trailer to BJP’s ideal Bharat.
Hindu Bharat.
Absolutely shameful. https://t.co/HfaqaNnVdG

Shameful. Bunch of louts hounding fellow student with whom they shared a classroom few days ago. Divide and rule. https://t.co/A3zV8k90x6

Raise your sons better! A bunch of ugly, cowards attacking a lone woman in a pack and feeling proud of it ? WHAT LOSERS! Shameful. They’ll be jobless, more frustrated and penniless in a few years. What poor upbringing! No sympathy, no redemption for them. I spit on your kind. https://t.co/tvsdBwREZO

Remember she is one of your classmate, don’t fall prey to communal poison 🙏🏻 https://t.co/FIhgix8pgW

Shameful incident. But why does the camera follow her from the time she parks the vehicle? Was the person who recorded this expecting it? Maybe they started heckling as she came in and the cameraperson was quick to start recording? But it is a bit strange….. https://t.co/N1JelD0Gik

“No, Mine Smell Like Roses” – Shruthi Haasan Replied To A Dirtiest Question Of Her Follower !!

South Indian actress Shruthi Haasan replied to one of the dirtiest questions of her follower in a sarcastic manner. She who conducted a question...