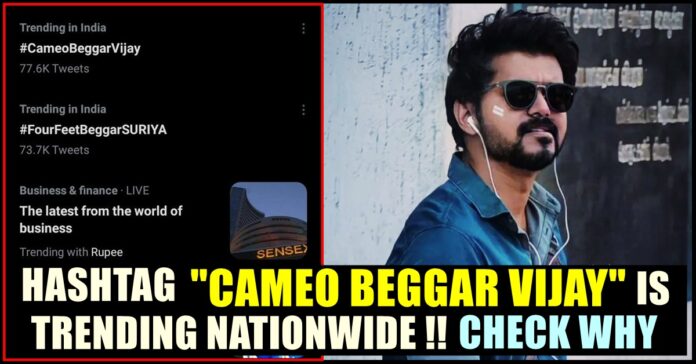 Hashtag “Cameo Beggar Vijay” is trending in the micro blogging social media site with thousands of tweets spreading hatred against actor Vijay who is currently working on “Varisu” directed by Vamsi Paidipally. The hashtag surfaced in twitter after director Atlee uploaded a picture of himself with actors Vijay and Shah Rukh Khan in his two sides onime, a speculation is  his birthday. For a very long time, a speculation is doing rounds in internet saying that the actor could play a cameo in Shah Rukh’s upcoming film “Jawan” directed by Atlee. 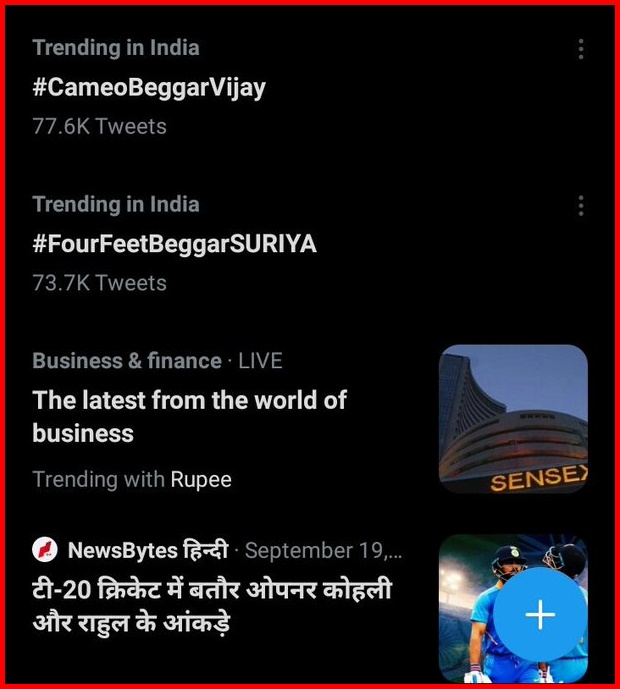 On 21st of September, Director Atlee who is known for making films such as “Raja Rani”, “Theri”, “Bigil”, “Mersal” celebrated his 36th birthday. Sharing a picture of himself with Vijay and Shah Rukh, Atlee wrote “What more can I ask on my bday , the best bday ever wit my pillars. My dear @iamsrk sir & ennoda annae ennoda thalapathy @actorvijay” as his caption on Friday.

What more can I ask on my bday , the best bday ever wit my pillars. My dear @iamsrk sir & ennoda annae ennoda thalapathy @actorvijay ❤️❤️❤️ pic.twitter.com/sUdmMrk0hw

The post garnered wide reach with thousands of comments from fans. Many fans confirmed that the buzz about Vijay doing cameo in Shah Rukh’s “Jawan”. In the meantime, hatred also started spreading against the actor by the fans of his rivals.

Here’s some of the tweets that surfaced against the trending hashtag :

This @actorvijay is using the limelight and popularity of our King SRK to gain attention at National level. If you want a cameo, go do in Johnny Sins movie, not in our SRK’s movie. #CameoBeggarVijay #Jawaan pic.twitter.com/5zfovsXbxt

In response, fans of actor Vijay started trending hashtags against actor Suriya in Twitter. It is high time for fans to realize that these kind of online activities is going to gain them nothing other than humiliations for their respective idols in national level. This is not the first time such hashtags are trending in the internet as well.

On the work front, actor Vijay is expected to act in Lokesh Kanagaraj’s directorial post “Varisu”. Atlee’s “Jawan” is going to have Nayanthara, Yogi Babu, Priyamani, Sunil Grover along with Shah Rukh. The film isslated to release during June next year.

Vishwaroopam 2 Trailer Released !! & Its A Sensation !!

Actor-filmmaker Kamal Haasan’s Vishwaroopam 2 is one of the highly anticipated Indian film sequels. For months now, rumours have been making the rounds that the film’s...