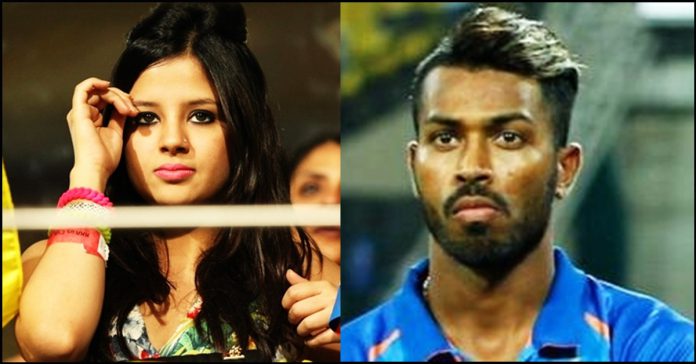 Hardik Pandya, one of the most happening cricketer of this decade, is known for his all rounding performance and also for his stylish looks. The cricketer, in a short term, gained the term “Indian Jacques Kallis” for his astounding, unorthodox cricketing skill. However, the cricketer worked hard to reach this place in Indian cricket.

The cricketer who is very much active in social media platforms, especially in Instagram posted an emotional post in his official Instagram account about missing former captain Dhoni and his little daughter Ziva Dhoni. The all rounder who has more than 90 lakhs of followers in Instagram, posted a picture of himself with both of them with a caption saying “Miss this little one (and the big guy too) ❤”

Miss this little one (and the big guy too) ❤

Hardik always had a special bonding with Mahendra Singh Dhoni and often mentioned that he is a biggest inspiration for him, since his earlier days. 37 year old MS Dhoni is an inspiration to many as we all know. He doesn’t only have admirers from India but from every nook and corner of the cricketing fraternity. Many budding cricketers also look up to the experienced campaigner for inspiration. Hardik often expressed his love towards the former captain in many occasions.

On seeing this post from the cricketer, Sakshi Singh, wife of Dhoni, replied with a special message which conveyed that Hardik is also a family member of Dhoni. In her comment Sakshi wrote “Awwww @hardikpandya93 🤗❤️…. you know you have a home in Ranchi too , right ?”

Here’s her reply from the cricketer’s wife :

It is notable that the house Dhoni and family is located in Ranchi and Sakshi is mentioning that Hardik is more like a family member of them. This post from Hardik impressed the fans of Mahendra Singh Dhoni and many other fans of Indian cricket. Check out some of their reactions below :

We too miss them……😍 pic.twitter.com/lX8LYLzRyI

Big guy was like big tree in his team ; used to help his teammates by saying how to ball ,how to take DRS like a big tree used to give fruits , oxygen to it's locality citizens

We will miss u too once Dube start scoring runs

Hardik Pandya had undergone a lower back surgery in the United Kingdom (UK). He had left for the United Kingdom to get his back treated by the same doctor who treated him during India’s tour of England in 2018 and the 2019 World Cup. The all-rounder had aggravated his back injury during the three-match Twenty20 International (T20I) series against South Africa.

Makers Of “Liger” Got Slammed For The Way They Used Mike Tyson !!

Makers of "Liger" getting slammed by fans for misusing world famous boxing champion Mike Tyson in their film. Remembering about his legacy in the...