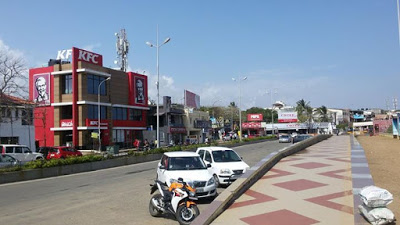 Elliot’s Beach Promenade To Be Car-Free This Sunday
The south Chennai neighbourhood of Besant Nagar will be free of cars this Sunday.

From 6am to 9pm, the Elliot’s Beach promenade, usually choked with cars, will turn into a `park’ where people can walk, jog, cycle and indulge themselves in recreational activities in an initiative that takes off from the `Happy Streets’ concept The Times of India helped popularise nationwide. The campaign was launched in 15 cities across the country, including in Coimbatore where nearly 19,000 people have been turning up every Sunday on Diwan Bahadur Road and TV Swamy Road.

Based on the response in Besant Nagar, corporation officials plan to expand the concept to other neighbourhoods, including Anna Nagar, Mylapore, Harrington Road and T Nagar.

In August, the corporation approved the proposal to encourage non-motorised modes of transport and allow residents to reclaim their roads.Aswathy Dilip of the Institute for Transportation and Development Policy (ITDP), who is working with the corporation for the event, said it was the right step.

Some residents, however, fear interior areas where motorists coming for the event are bound to park vehicles will become congested. Senior Citizens Group of Besant Nagar founder V Chandrasekhar said most pavements were encroached upon, forcing pedestrians onto the road. “We have been waiting for a car-free Sunday for long and are grateful to the corporation. We are happy TOI has been highlighting the needs of pedestrians.“

Raj Cherubal, an expert working on transport issues, said: “Chennai should have within a year at least 25 locations where this happens every Sunday .“ After the event, he said, residents, including children, could take part in the corporation’s Clean Chennai Campaign.

In Coimbatore, games such as kho kho, badminton, tug of war, archery, cricket and sack race are a big draw for residents. “We have been coming regularly since the first week and it has become a part of our routine every Sunday. My son used to wake up only at 9am or 10am. Now, he wakes up at 5.30am every Sunday only to be at Happy Streets,“ said Mohammad, a Coimbatore Corporation employee.

Previous article9 THINGS YOU SHOULD KNOW ABOUT STEVE JOBS
Next articleFrom a Second hand Bike to the Fastest Bike ! An untold story of M S Dhoni