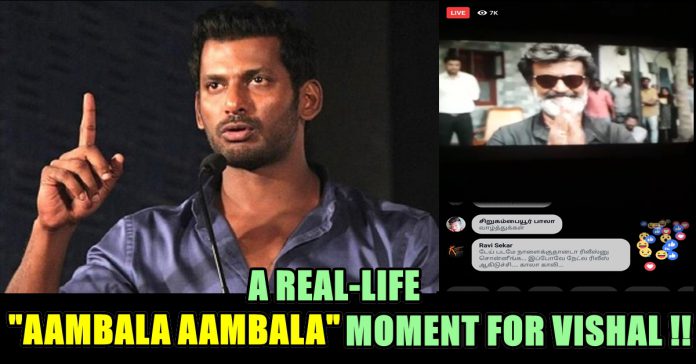 The Tamil Superstar has collaborated with Pa Ranjith for the second time, while they worked together for Kabali earlier. Huma Qureshi is playing the female lead. It has powerhouse performers like Nana Patekar and Samuthirakani in key roles, while Eswari Rao, Sukanya, Sayaji Shinde, Ravi Kale and others form the supporting cast. The movie has G Murali’s cinematography and Sreekar Prasad’s editing. Santhosh Narayanan has composed the music and Katravai Patravai, Kannamma, Nikkal tracks have been loved by the listeners.

The story outline is said to be inspired by late Mumbai don Haji Mastan Mirza. The movie promises to have lots of political messages and one-liners have been reportedly penned keeping Rajinikanth’s views on politics in mind. Meanwhile to our shock The first 43 minutes of Kaala was streamed online by a Guy from the premier show which happened at Singapore. The live stream went viral and reportedly 15 thousand people were watching the live. This was reported on Twitter to Vishal and to the production house.

After few minutes of this issue getting viral, Vishal responded to the tweet saying that the Guy has been arrested. You can check the screenshots of his tweet below. Twitter began praising Vishal for his immediate actions, though the piracy happened from a far country. On the job @Dhananjayang sir. He has been arrested. Took it from Cathay Singapore.

The Guy who streamed online seems like an ardent fan of TTV Dhinakaran. His Facebook name is ” Praveen Thevar ” and works in a company ” Mega Gas ” . Below is his profile details Kaal is all set to release on June 7th and fans are getting ready for the celebration. Stay tuned to TamilGlitz for early reviews tomorrow morning. Here’s some of the fans reaction !!

Previous articleThese Two College Girls Loved The “Same” Guy & Steal “38 Phones” To Help Him !!
Next articleKaala Need Another 280 Crores To Be Called As A Hit !! : Here’s The Exclusive Public Review !!

Here’s The Reason Why We Love Modi !! : You Will Start Loving Him After Reading This For Sure !!