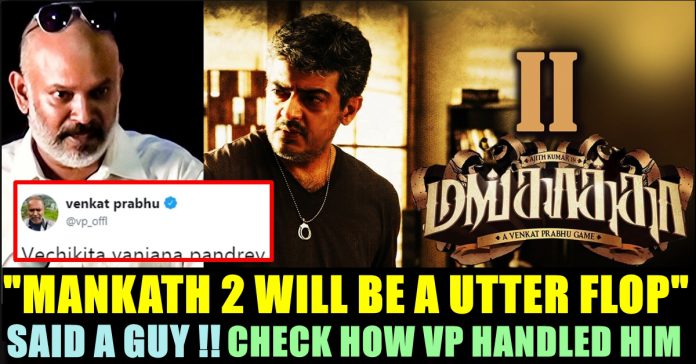 As we all know, Director Venkat Prabhu has a special bond with Ajith Kumar, one of the top actor in Kollywood. They both are friends, not after Mankatha, but since when they both acted together in the movie “Jee” as friends. Venkat Prabhu always been a well wisher for Thala Ajith and has a habit of wishing his movies, a great success, whenever it gets an update. In a similar way, the trailer of Ajith’s upcoming courtroom drama “Nerkonda Parvai” released and as usual VP wished his friend and favourite actor a very best by reiterating a powerful dialogue that took place in the trailer. In his tweet he wrote  “ஒருத்தர் மேல நீங்க விஸ்வாசம் காட்டுறதுக்காக இன்னொருத்தர ஏன் அசிங்கப்படுத்துறீங்க #thala #vinod #yuvan #Nerkondaparvai”

To this, a fan asked the director when the combination of Ajith, Yuvan, Venkat Prabhu is going to happen again.

Before Venkat Prabhu replying to this fan, an another twitter user named as “Rizy” replied to him by writing “Thirumba venkat prabhu edutha adhu confirm flop aagum du venkat prabhu ke theriyum bcz venkat prabhu kita olungana story illa” (If Venkat Prabhu makes another film with Ajith, It would flop for sure which is a known fact for Venkat Prabhu himself because he doesn’t have a proper story)

Usually celebrities would ignore such comments and many would get angry and block the person but VP who is known for his witty replies said “Vechikita vanjana pandrey bro!! Enniki enkita kadhai irrundhurukku ;)))” (I am not doing it deliberately, Do I look like someone who makes a film with story) 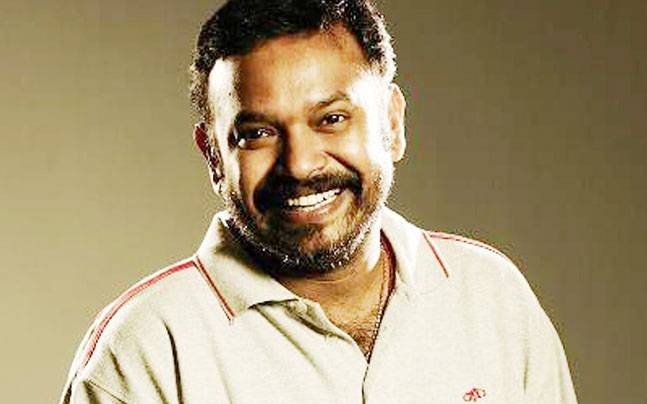 This reply from Venkat Prabhu went viral that made editor Suresh, famous costume designer Vasuki Bhaskar and Mankatha producer Dhayanithi Alagiri to reply. Check some of the other replies from his followers as well :

Venkat Prabhu is awaiting for the release of his next movie “Party” which has an ensemble cast including Sathyaraj, Shiva, Jai, Nivetha Pethuraj etc. He is also getting ready to direct STR in his next venture which is titled as “Maanadu”. It is said to be a political action thriller and having Yuvan Shankar Raja as Music composer and Kalyani Priyadharshini in the female lead.