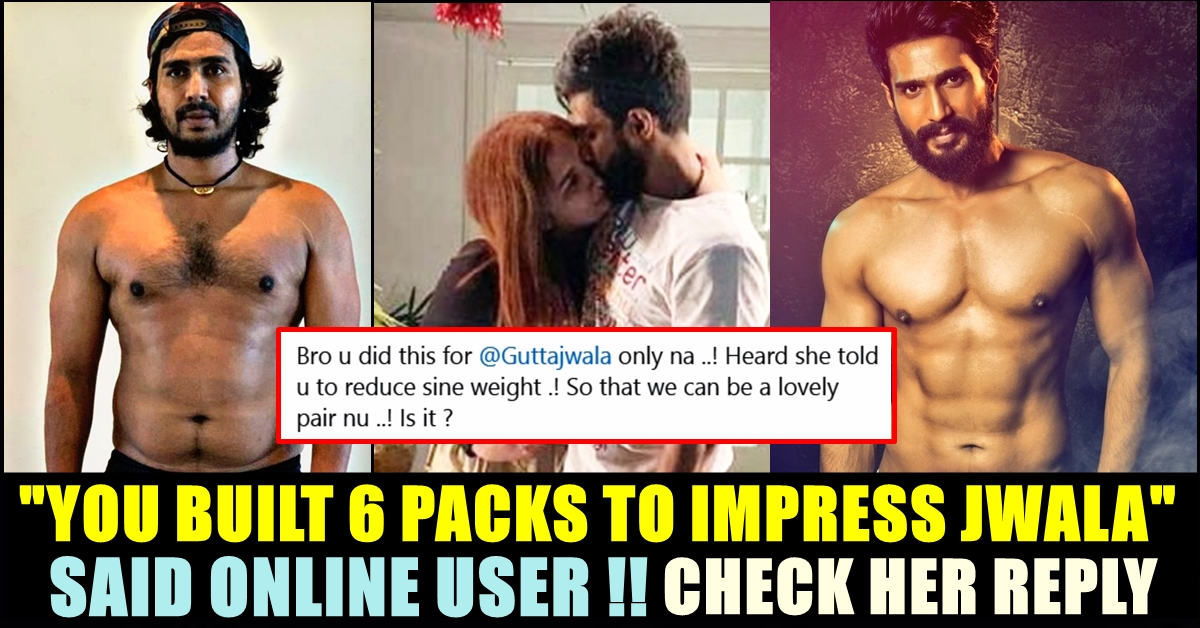 Vishnu Vishal announced his come back to Tamil film industry from a major injury which happened in the shooting spot of his movie with director Prabhu Solomon. Vishnu Vishal was last seen in “Silukkuvarpatti Singam” but grabbed the audience’s attention through his crime thriller “Ratchasan”. Despite of the movie getting acclaimed critically and commercially, the actor couldn’t see a single release in the year 2019. As we all know, Vishnu got separated from his wife with whom he got married and lived 11 years together. They had a baby and the separation didn’t allow him to be with him as well.

According to his recent Twitter post, Vishnu, after getting separated from his wife, happened to suffer a major injury while shooting for a movie of director Prabhu Solomon. The accident forced him to take 2 months of bed rest, which resulted in the actor gaining 11 kgs of body weight and losing 8 amazing projects with various production houses. He even said that his own production house faced severe financial loses.

However, the actor managed to overcome the trauma and announced his come back by uploading his pictures with six packs from his recent photoshoot. The actor said that he started working out under a professional trainer started eating healthy, restricted alcohol, practiced yoga, cut judgemental people out of his life, blocked negative people on social media, spent more time with his family and friends to focus on himself and his work.

Check out his transformation here :

He added a twitter post with a caption saying “I took the VAARANAM AAYIRAM way 💪 P.S – Sorry for the long letter but i had to put my heart out to all my lovely fans and friends 🙂 🤗😘”

I took the VAARANAM AAYIRAM way 💪

P.S – Sorry for the long letter but i had to put my heart out to all my lovely fans and friends 🙂 🤗😘
#motivation #lifelessons #thewayback #train #painandgain #facingchallenges pic.twitter.com/jKWHzahoHR

However, though the actor stated every reason behind his transformation, one of a twitter user alleged that Vishnu Vishal trimmed his body only because of badminton player Jwala Gutta with whom the actor has celebrated his new year. The user wrote “Bro u did this for @Guttajwala only na ..! Heard she told u to reduce sine weight .! So that we can be a lovely pair nu ..! Is it ?”

This tweet grabbed the attention of Jwala herself who took time to reply to the guy. She immediately replied by saying “Nope not true..he did it himself!”

Nope not true..he did it himself!

The tweet from the online user surfaced as Jwala shared some cosy pictures of herself with Vishnu on the new year day.

Rajinikanth’s Bold Statement Amid “Periyar” Controversy !!
Lokesh Kanagaraj Revealed About The News Which Inspired Him To Make A Film !!
Advertisement