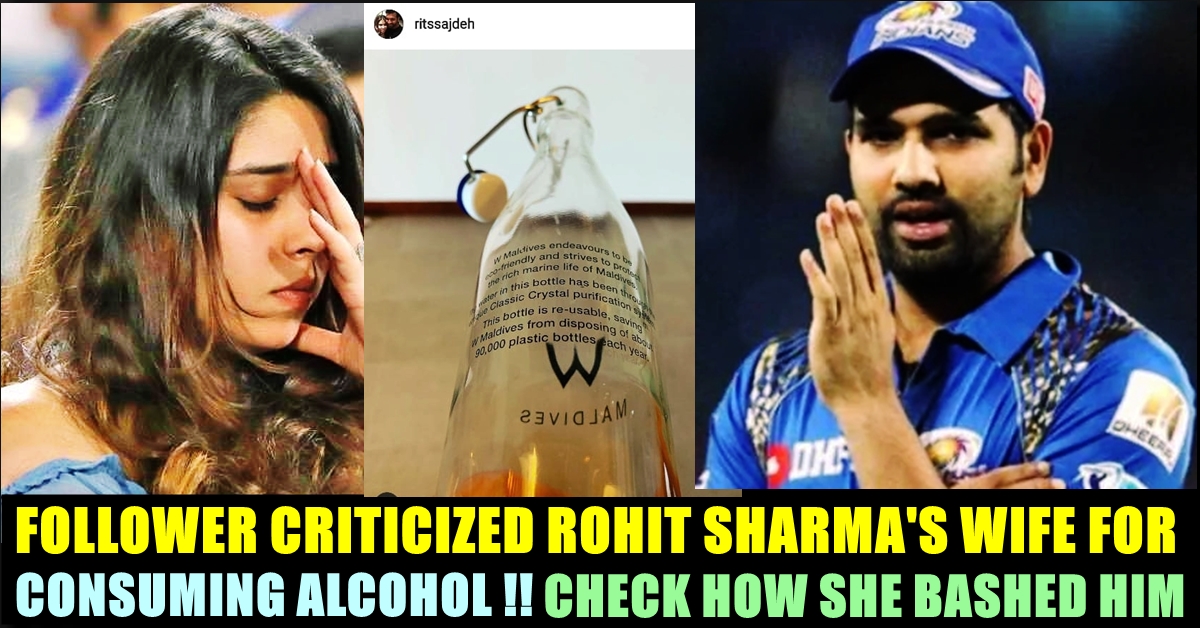 After winning the 2019 IPL trophy, Rohit Sharma chose to spend quality time with his family in the Maldives. The Mumbai Indians skipper led his team to their fourth IPL triumph on May 12 against Chennai Super Kings in a nail-biting thriller by 1 run.

He became the first to win six Indian Premier League titles as he led Mumbai Indians to their record 4th IPL trophy. MI defeated Chennai Super Kings by 1 run in the IPL 2019 final to lift the trophy in Hyderabad on Sunday.

Rohit has been a revelation as a captain of Mumbai Indians, winning 60 of 104 match – that is a win percentage – 58.65. He led the celebrations for Mumbai Indians as well. In a video posted by Mumbai Indians on their social media handles, Rohit can be seen rapping along with Yuvraj Singh as the duo lit up the party. After winning the IPL, Rohit chose to spend some quality time with his family before he heads off to England as part of Team India at the 2019 ICC World Cup. 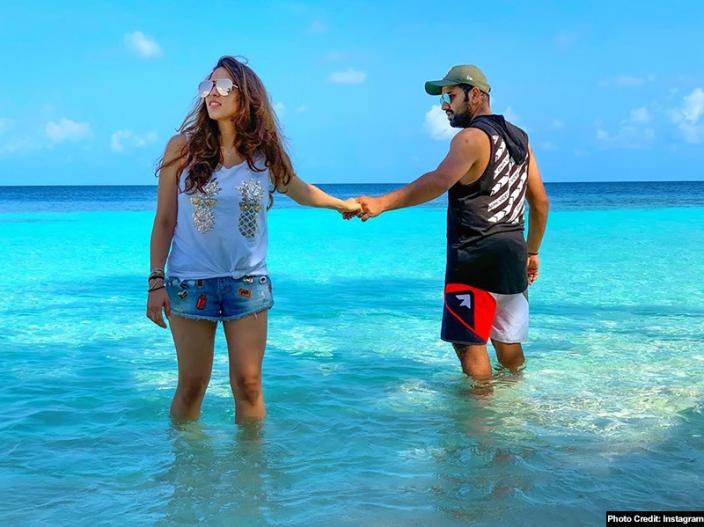 Rohit shared some moments from his trip to the Maldives, posting photos with his family, including with his wife Ritika Sajdeh and daughter Samaria.

The best thing to hold onto in life 🥰 @ritssajdeh pic.twitter.com/EjBeNxzvKn

Ritika who married Rohit Sharma in 2015 and they both have a baby girl named as Samaira who was born on 30 December 2018. Ritika uploaded a picture in her Instagram account and lauded Maldives for not using plastic bottles for drinks.

Her Insta Post’s caption read as “Nicely done #WMaldives What an incredible step for a hotel to take to reduce their plastic footprint 👏 90,000 bottles a year saved from being ocean waste and polluting our seas and harming our marine life 🏝🐋🐟🐠🦈”

Nicely done #WMaldives What an incredible step for a hotel to take to reduce their plastic footprint 👏 90,000 bottles a year saved from being ocean waste and polluting our seas and harming our marine life 🏝🐋🐟🐠🦈

To this post one of her follower misunderstood the water in the bottle as wine, criticized Ritika as she is consuming it. He wrote “It’s although a bottle of wine which is also harmful so why should you take it”

To this Ritika gave him a fitting reply by writing “it’s a bottle of water. A glass bottle that isn’t harmful to the environment. Perhaps you could try converting some of that negative energy into positive energy and do something a little helpful for the planet 😁🐠🐋🦈🐟🏝”

Meanwhile Team India left for the UK in the wee hours of the night. Before departure, Rohit Sharma took to his social handles to post a picture with Kuldeep Yadav and Kedar Jadhav. He posted the picture and his fans came to know of his whereabouts. Ritika wished the team all the best and was confident they would win the title and the cup would come to India. Her post read, “All the Best #TeamIndia For the #WC2019.”