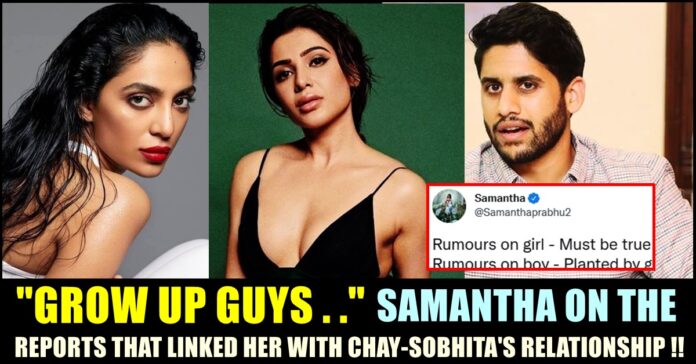 Actress Samantha who predominantly appears in South Indian Films, on Tuesday, lashed out at fans of Naga Chaithanya who alleged that the rumours about the relationship between the Telugu actor and Shobhita are planted by the PR team of the actress who divorced the former months ago. Shutting down such rumours, Samantha, through a tweet, implied how the fans of Naga Chaithanya are double faced and asked them to move on.

Most Lately, many leading news portals including The Times of India, updated a report saying that Telugu actor Naga Chaithanya is dating Sobhita Dhulipala of “Made in Heaven” fame. According to a report of Pinkvilla, a duo were spotted together in Naga Chaithanya’s under-construction home that is located in Jubilee Hills, Hyderabad. 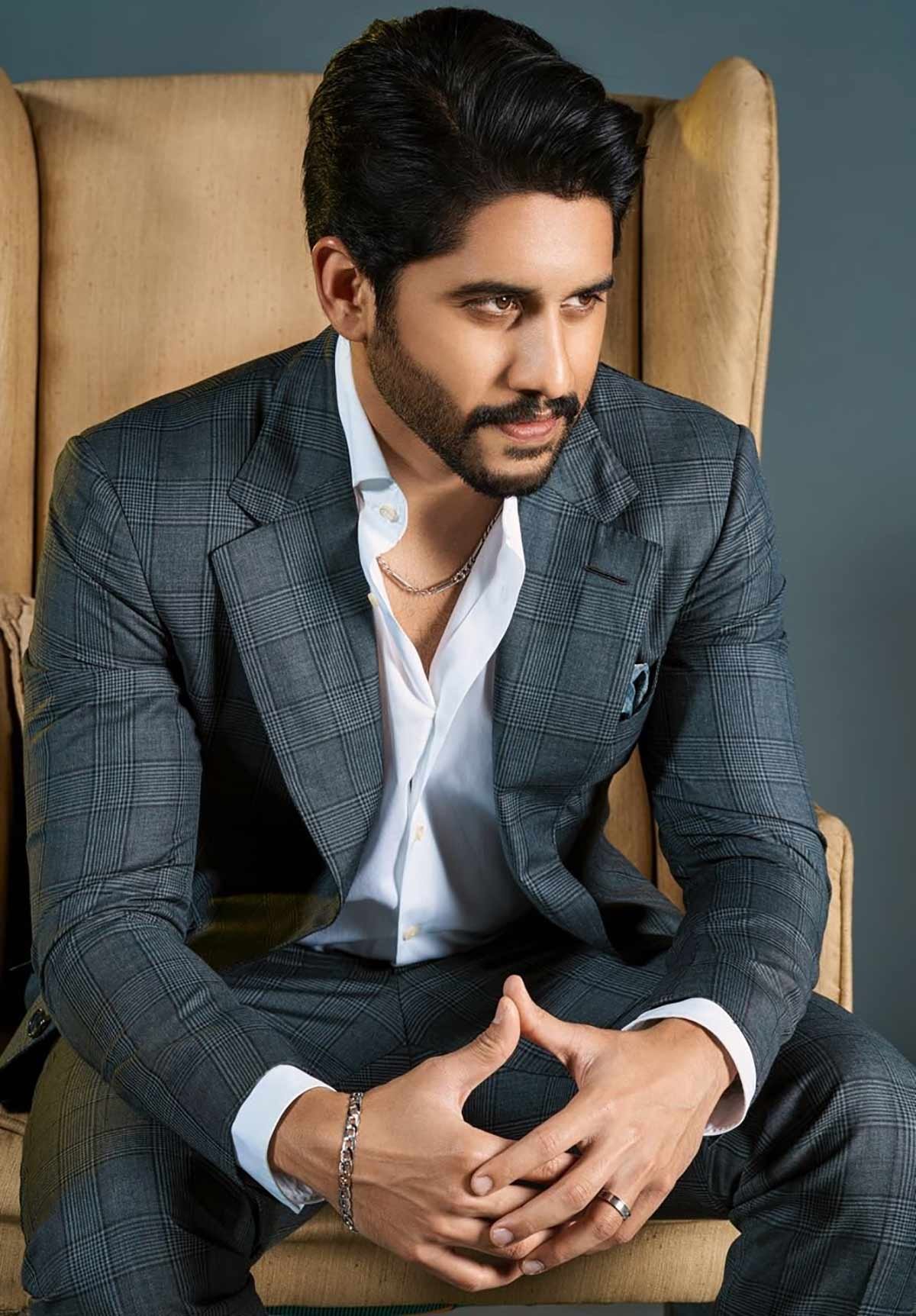 In the meantime, a report surfaced saying that the team of actor Naga Chaithanya and fans of the actor are pointing fingers at Samantha, saying that she is the one who planted such fake stories through her PR team in order to keep Chay in a bad light. The report caught the eyes of Samantha herself who came up with a tweet to reply to the rumours. 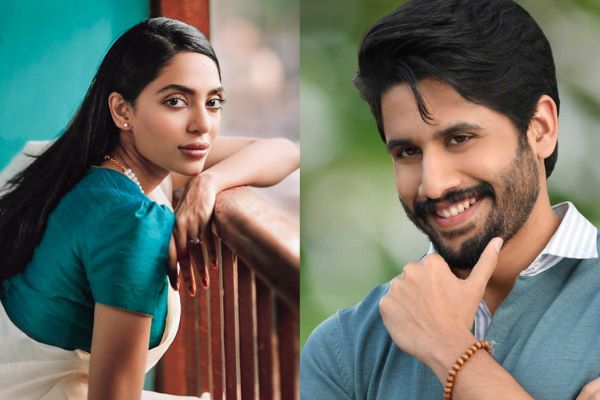 “Rumours on girl – Must be true !! Rumours on boy – Planted by girl !! Grow up guys .. Parties involved have clearly moved on .. you should move on too !! Concentrate on your work … on your families .. move on!!” read the reply of the actress.

Rumours on girl – Must be true !!
Rumours on boy – Planted by girl !!
Grow up guys ..
Parties involved have clearly moved on .. you should move on too !! Concentrate on your work … on your families .. move on!! https://t.co/6dbj3S5TJ6

Ever since divorcing Telugu actor Naga Chaithanya, Samantha has been facing hatred in social media. On 1st of October, Samantha and Naga Chaithanya announced about their separation from marriage life, citing no exact reason. The duo said that they are going to pursue their own paths. “We are fortunate to have a friendship of over a decade that was the very core of our relationship which we believe will always hold a special bond between us. We request our fans, well wishers and the media to support us during this difficult time and give us the privacy we need to move on. Thanking you for your support” both their social media posts read. 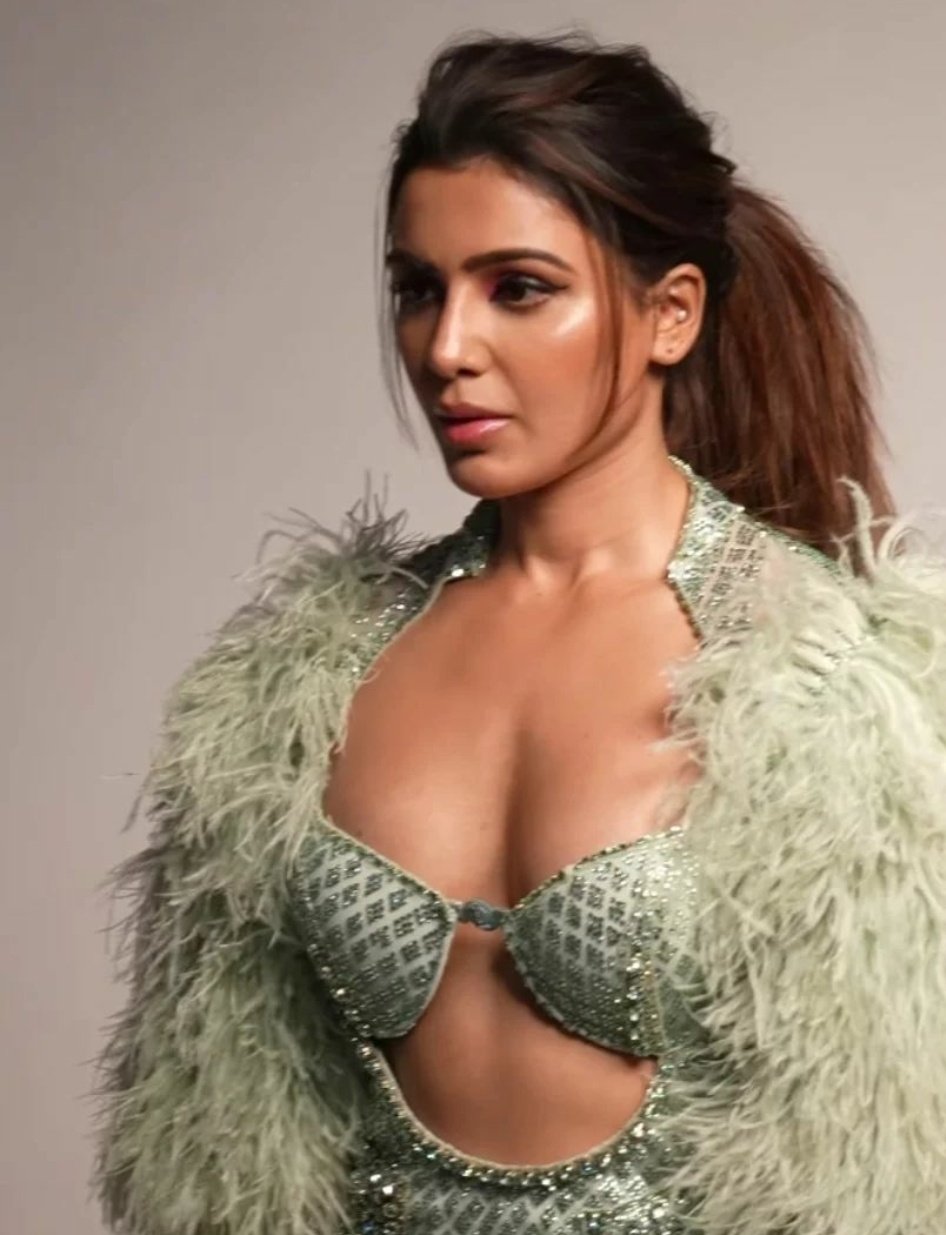 Previous articleActor Nataraj Got Trolled For His Tweet About Joining Army !!
Next articleJUST IN : “Varisu” Is A Copy Of This Hollywood Film ??