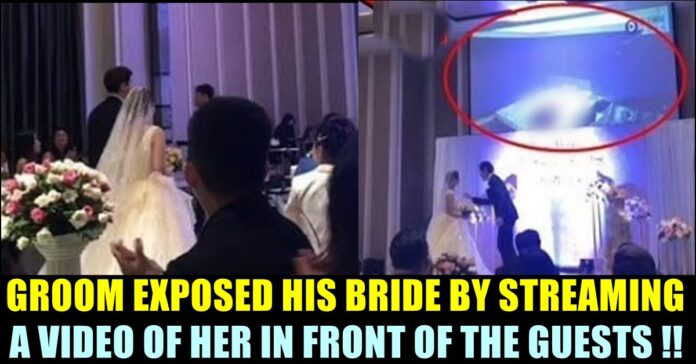 In an unexpected turn of events, on the wedding day, a groom in china exposed his bride by streaming the video of herself having sexual intercourse with another man in front of the guests. The one minute thirteen seconds long video is trending in the social media platforms with netizens reacting in various ways. However, reports suggested that the video was originally released in the year 2019 and got resurfaced now, clocking lakhs of views among the online users. 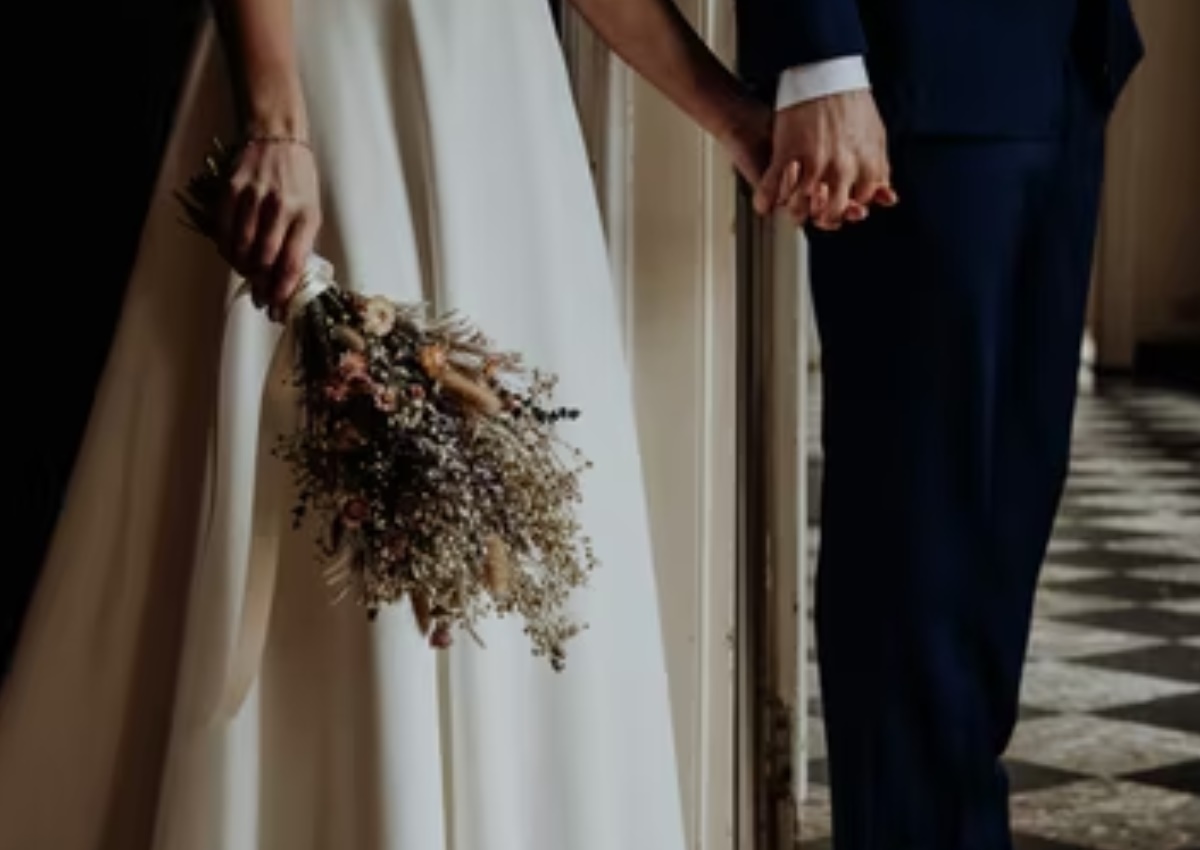 It has been reported that the groom revealed his bride cheating on him by having an illicit relationship with her brother-in-law. The glimpse of the marriage ceremony is going insanely viral as the event took a dramatic turn as the groom decided to expose his “would-be” in front of the guests by playing a video on big screen.

The viral video shows all the guests being present in the wedding hall with the bride and groom walking down the aisle to the center stage. As soon as they reached the chapel, the monitor which was placed above their head played a video which had the bride in a compromising position with the husband of her pregnant sister.

Groom Exposes Cheating Wife At Wedding By Playing Video Of Her Affair With Brother-In-Law
She Cheat her sister and her groom at same time how could she deserves any type of relief….
🤡 pic.twitter.com/T3bsovkCaB

Soon after realizing what is going on, the groom’s quick reaction was to throw the wedding bouquet that she was having in her hand all along at her groom. The man could heard shouting “Did you think I didn’t know about this?” at the woman with the relatives of both the sides intervening to stop them from involving in a fist fight which was probably going to happen.

As said, despite being originally surfaced in 2019, the video managed to go massively viral once again with internet users reacting in a mixed way. Check out some of the reactions below :

she ruined her repo herself lol, it’s not too much at all
when you cheat your man and your sister with your brother in law

she deserved it n that’s not too much

People in the replies are crying saying “this is too much”. Only if a woman had done the same you would have claimed “yo go girl” , “get him” and all..

Women commenting ‘bit too much’ ?
Now swap the genders and Imagine the outrage https://t.co/lxzZh7vBdM

Every cheating gurl deserves this.go argue with the wall.😤😤 https://t.co/oizxQMpasq

He was playing chess whilst they were playing checkers. https://t.co/3Gbu86e1Bg

Actor Arav, of Bigg Boss Tamil fame, will reportedly play lead in his next film titled Market RajaMBBS. It is directed by Saran who has worked on Ajith’s Kadhal Mannan,...

CM MK Stalin Condemned BJP Members Who Questioned Students Who Are In Ukraine !!

Tamilnadu Chief minister MK Stalin, on 2nd of March, came up with a public note, condemning the members of BJP for questioning the students...

Oviya’s Bigg Boss stint earned her a loyal fan following, who identifies themselves as Oviya Army. Her ardent fans were eagerly expecting her first...

Film director Vettri Maaran, in his recent interview with film critic Baradwaj Rangan, talked about his lifestyle and about how he has been consuming...