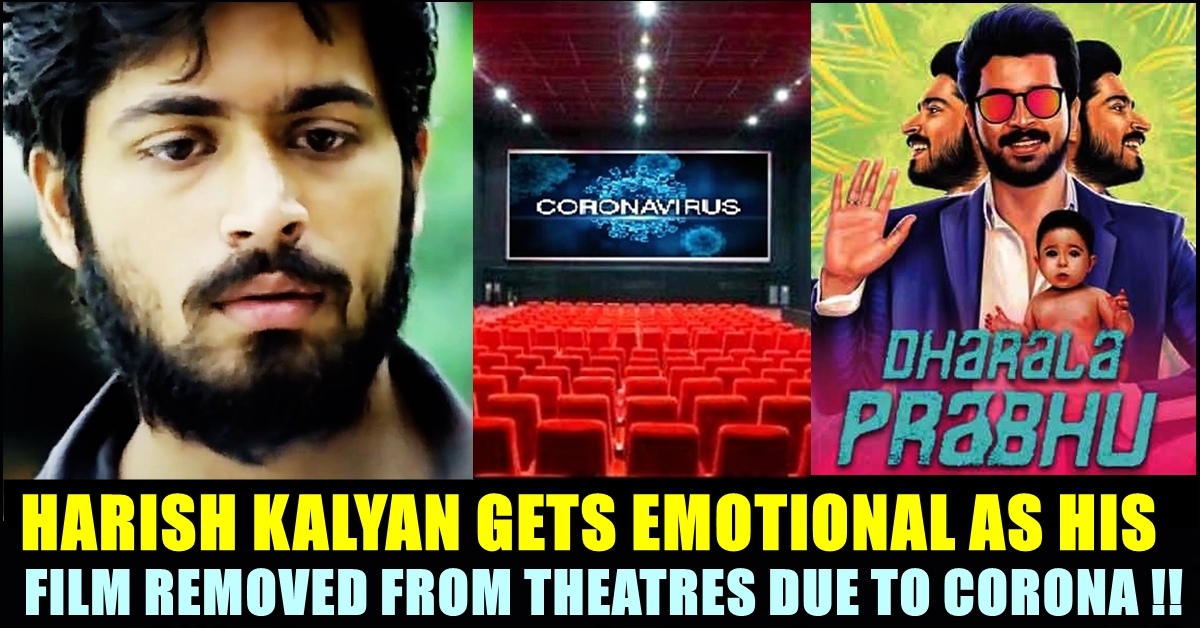 Tamilnadu government ordered theatres, malls, amusement parks, zoos and all the places which requires public gatherings a shut down due to the threat created by the deadly disease Coronavirus which killed more than 8,000 people across the world. This decision was made by the government only to save people from getting infected but it is indeed affecting the business of few merchandisers. Now, actor Harish Kalyan has reacted to the shutdown whose film Dharala Prabhu released just a week ago in theatres across Tamilnadu.

Being a remake of Hindi blockbuster Vicky Donor which was released in the year 2012, the film Dharala Prabhu has Vivek, Tanya Hope in supporting roles. The film got released on the 13th of this month and received positive reviews from critics and from the audience. The film is based on a shrewd fertility clinic owner convincing an unemployed and happy guy to become a sperm donor.

Talking about the issue, Harish Kalyan who enjoys more than 14 lakh followers in Instagram, uploaded a post. The actor hopes for a re-release after the outbreak. “The efforts taken by the government bodies are commendable in this current situation to ensure that each and everyone in our State/Country and the rest of the world remain safe” said Harish Kalyan in his post.

“It’s unfortunate that our film Dharala Prabhu which released last week to your amazing responses from all over had to stop screening from today owing to the government orders of shutting down the theatres till 31st March.” he added.

“Your Love/Support for our film Dharala Prabhu and all the feedbacks / Reviews that we has been receiving was really touching. We can’t thank you enough for the same. Hoping to have continued support once the film re-releases post the crisis” his statement read.

To prevent Coronavirus from spreading across Tamilnadu, chief minister Edappadi Pazhaniswamy ordered to shut down all the Cinema theatres, malls, schools and colleges. As soon as the news surfaced, producer SR Prabhu of Dream Warriors Pictures, Sashi Kanth of Ynot Studios, Archana Kalpathi of AGS Cinemas, Owner of Rohini Silver screen and several others announced that their firms will be closed until the further statement from the government.

However, the board exams for class 10, 11 and 12 are going to take place as per schedule. Medical colleges are going to continue functioning as well. This order of Chief Minister Edappadi Pazhaniswamy came into effect from the midnight of 17th March as per the official statement released on Monday. The list of places which are asked to down the shutter till March 31 includes, The Tamilnadu Legislative Assembly and all the Anganwadi centers.