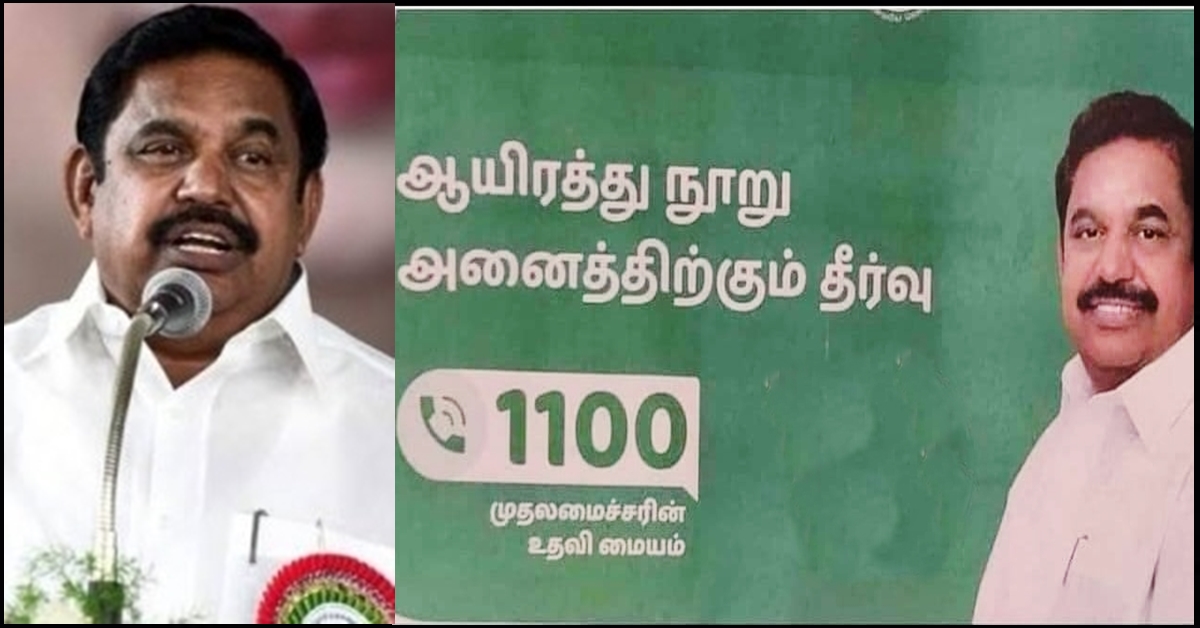 Chief Minister Edappadi K Pazhaniswamy who has been meeting people ahead of the upcoming Tamil nadu assembly elections, recently conducted his election campaign in Valliyur, Thiruneleveli. To the large number of people who made their presence to listen his speech, Chief minister Edappadi K Pazhaniswami said that he launched the helpline contact number 1100 to help people in reaching the government authorities in order to get their problems resolved.

“In September, 2019, I announced about launching helpline contact number in assembly. Now, across the state, people doesn’t need to reach the government authorities instead they will reach people to help them through the helpline contact number 1100” said Chief minister Edappadi K Pazhaniswamy. He said that he brought the scheme to make things easy for the public people amidst the modern world of science and technology.

The ‘Chief Minister’s Helpline Call Centre,’ set up at Sozhinganallur here would receive calls and register complaints. The facility would function from 7 am to 10 pm. It is reported that people would also be able to register complaints by using social media as well. During his campaign speech, Chief minister said that 55,000 complaints were received through the helpline number within just few days.

Andrea Deleted Her Caption After Seeing The Comments !!
CSK Liked This Meme & Confirmed Why They Went For Maxwell !!
Advertisement