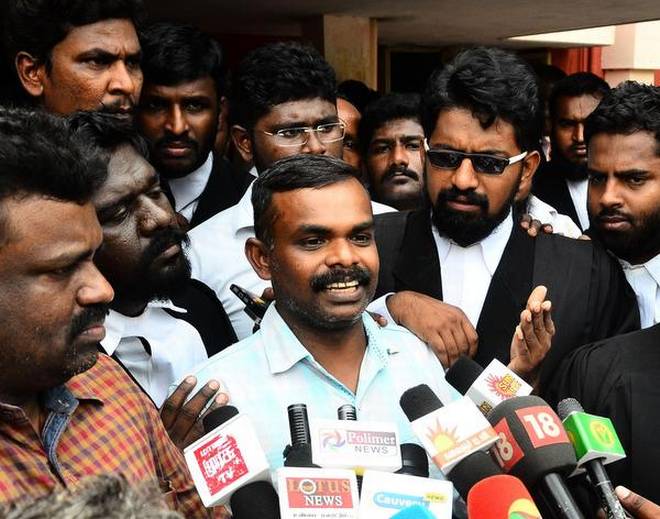 “He has been granted by divisional bench at the J1 Tirunelveli court. The case investigation is still going on, and depending on the sections if it is bailable or non-bailable, the court would have granted bail. Section 67 of IT act is a cognisable offence, and for that we could not file a defamation case. In case of cognisable offence, police should take action, it is a legal mandate to file an FIR,” Tirunelveli SP Arun sakthi kumar told TNM. 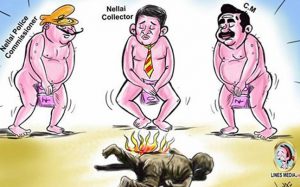 Meanwhile, Mr. Nanduri, through a Facebook post, contended: “There is a limit for creativity and freedom of expression. One can’t level baseless allegations of corruption and publish defamatory and obscene cartoons in the name of freedom.”

Mr. Bala told journalists, “I could not sleep for two days as if my children were charred. I had done nothing personal against the Collector. When he initiated steps for the ‘Wall of Kindness’ to help the poor, I felt so proud of him. When he failed to act on the repeated petitions of a usury victim forcing him to immolate himself and his family, it disturbed me a lot and I just reflected my agony through my caricature.”

However, Bala has been accused in the past of misogyny in his illustrations and has agitated activists as well as politicians. Women activists took umbrage to a cartoon in 2014 that derogatorily featured DMK chief Karunanidhi and Congress Leader Khushboo.