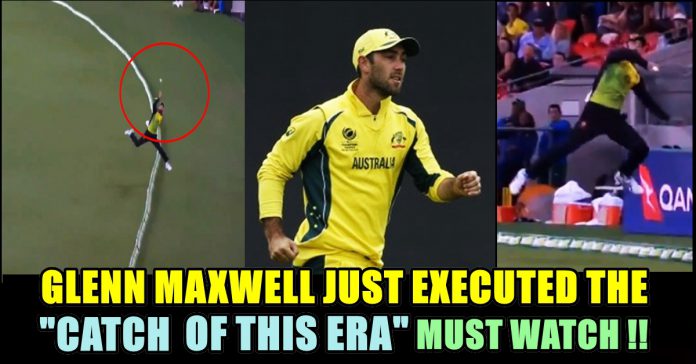 Cricket fans are used to seeing some great catches that happen on the field. There have been so many great fielders in this much loved game who have given a treat to the eyes of so many fans by stopping some important runs and taking crucial catches. 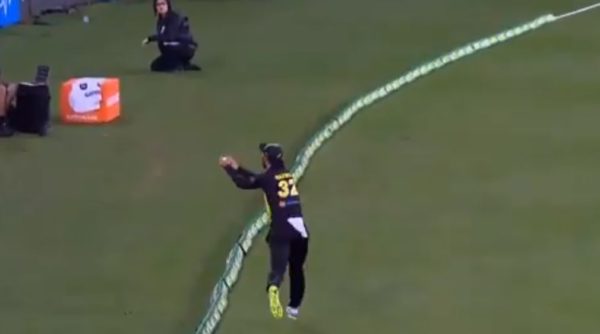 During a recent T20I match between South Africa and Australia, the fans witnessed a really kickass catch. Team Australia was bowling and South Africa was batting.

SA’s Faf du Plessis lifted the delivery of Australian bowler Billy Stanlake and pulled off a really good shot. However, Glenn Maxwell proved to be a nightmare for the batsman as he took an unbelievable catch right there by crossing the boundary and then coming back.

It was an evening that witnessed one of the best all-round performance from Glenn Maxwell. Yet his efforts went in vain as Australia fell short of South Africa’s total by 21 runs to lose the one-off T20I encounter at the Carrara Sports arena on Saturday (November 17). Maxwell delivered a few tight overs with the ball, scored a fighting 28-ball 38, but the part that stood out in his performance in the rain-marred encounter was the innings-changing catch to dismiss Faf du Plessis. 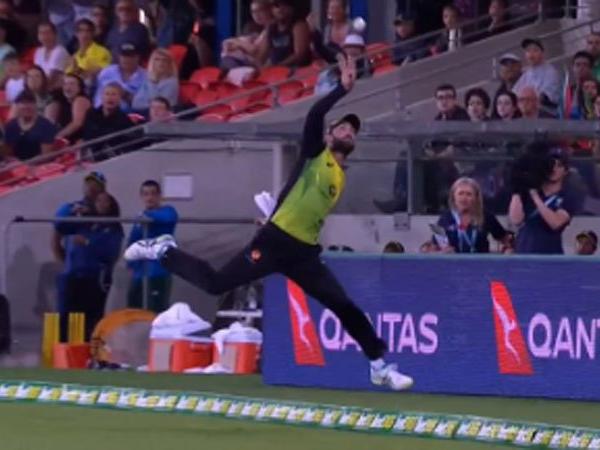 It was in the final delivery of the seventh over. Billy Stanlake was into the attack against the South African skipper. A short of a length delivery and Faf pulled off a flat-batted shot off his back foot in a bid to hit a six over the deep mid-wicket rope. But Maxwell was athletic and clever enough to put an end to Faf’s plan. He made a run along the rope keeping an eye on the ball and finally grabbed the ball. However, failing to stop his momentum he threw the ball back into the air, went out of the rope and then jumped back to complete the catch. His remarkable efforts ended Faf’s innings at 27.

We have seen so many similar catches in International cricket but what made this catch so special is that every fielder who uses this strategy of throwing the ball in the air to catch it without being in the boundary will take some time to balance themselves near the rope. In this catch all the time Glenn had was not more than a couple of seconds as he was already in the air. He had to throw the ball into the air before landing to make it perfect. Athletic Maxwell’s presence of mind and his spontaneous effort made this catch arguably the best one in this century so far.

Despite the wicket, South Africa managed to take their total to 109 runs at the end of 10 overs in the rain-shortened game. In reply to massive score, it was only Maxwell who showed promise in the attack. His 38 runs off 23 balls laced with two fours and two sixes were the top score among the Aussies, but the team succumbed to a 21-run defeat. Chris Morris, Lungi Ngidi and Andile Phehlukwayo picked two wickets apiece, while Tabraiz Shamsi delivered a tight spell to restrict Australia to 87 for seven at the end of 10 overs. “I think they got off to a great start with the bat. We did well to pull it back in the end, but they had a lot of runs with them. When the middle-order comes in and has to score at 12-14 rpo, they don’t have a lot of time to knock it around,” said Aussie skipper Aaron Finch at the end of the game.