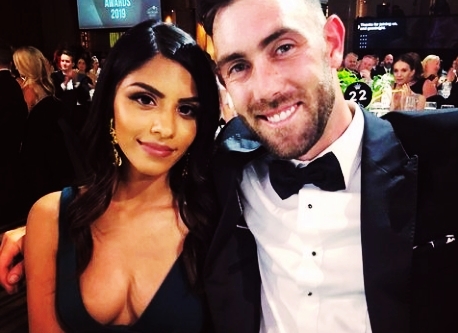 Australian cricketer who is currently playing for Royal Challengers Bangalore in Indian Premier League, opened about his Tamil marriage invitation which got leaked in online platforms. The cricketer who is all set to tie knot with his long time girlfriend, Vini Raman, an Indian descent, said that he is going to tight the security as tthe people in India got a little bit excited.

The wedding which was set to be a private event, consisting of just 350 of the bride and groom’s closest relatives has now become the talk of the own as the picture of their Tamil wedding invitation got leaked in Internet medium. 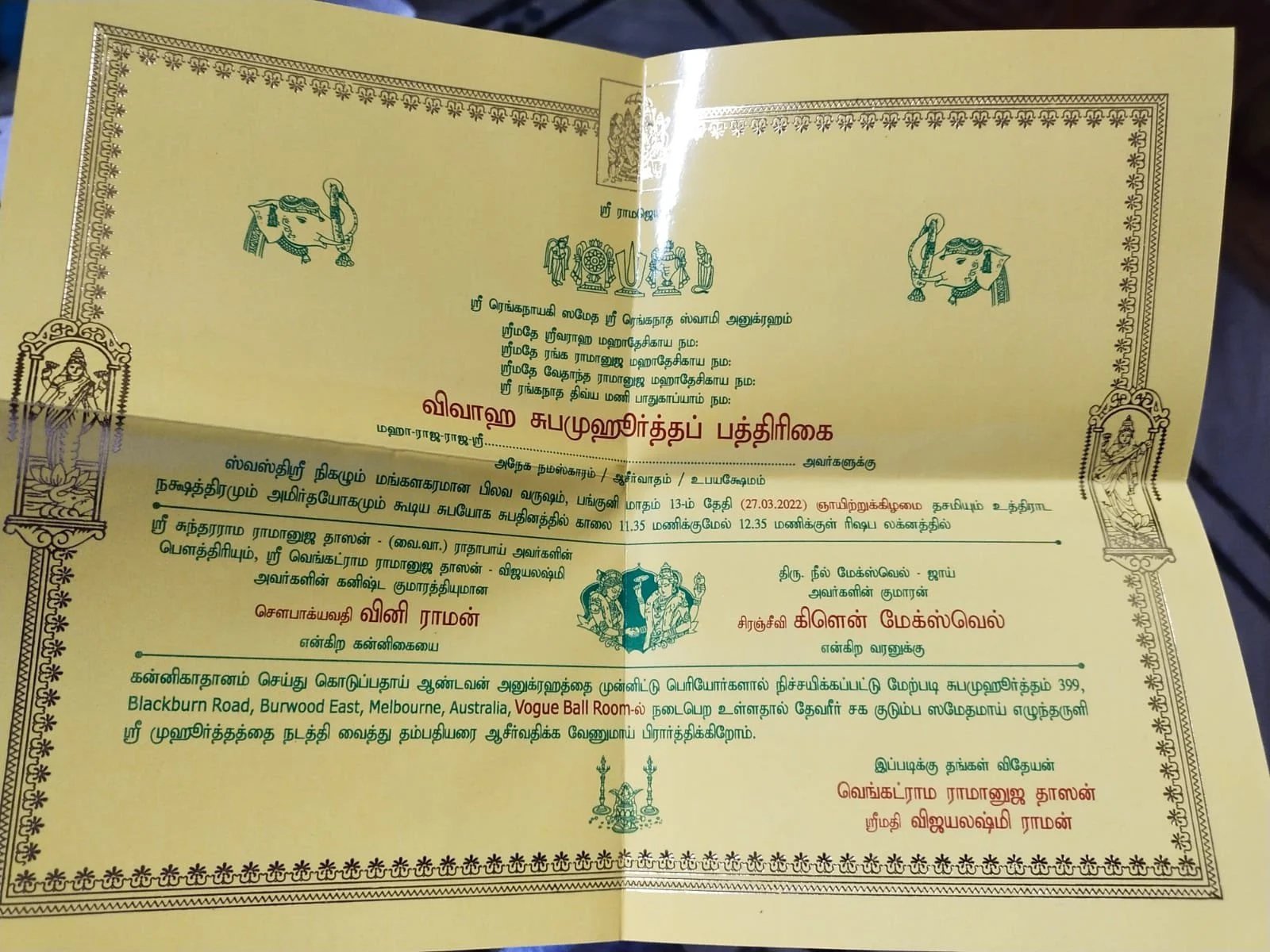 The wedding is all set to take place during March 27 in Australia. On seeing the wedding card being printed in Tamil language, Tamil nadu based online users couldn’t keep calm as they started circulating with lovely captions. “GlennMaxwell marrying Vini Raman. Going by the cute traditional Tamil muhurta patrikai, we’d bet there may likely be a TamBram ceremony… Will there be a white gown wedding too? Congratulations Glenn and Vini !” said tamil actress Kasthuri in her tweet.

GlennMaxwell marrying Vini Raman. Going by the cute traditional Tamil muhurta patrikai, we’d bet there may likely be a TamBram ceremony… Will there be a white gown wedding too?
Congratulations Glenn and Vini ! @Gmaxi_32 pic.twitter.com/uJeSjHM1we

Now, reacting to the leak of his invitation, Glenn, while talking to a cricket website, said “It was not ideal. We have got to get extra security for the wedding now. It was supposed to be a private event and unfortunately the relatives over India just got a little bit excited and decided to show a few friends” Maxwell said in the interview.

As soon as getting leaked, the photo was shared by lakhs on various social media sites. It has been reported that Maxwell was informed about it by one of his former IPL teammates. Vini Raman and Glenn Maxwell are dating each other since 2017. The explosive batsman disclosed the news on Instagram few months ago, confirming that they two got engaged. Vini Raman, a 29 year old Tamil nadu origin, was born and brought up in Melbourne. The two have, reportedly, met at a Melbourne Stars event and have been dating for the past 3 years, and have been posting pictures with each other on Instagram for quite some time now. Vini is a pharmacist by profession.

During an Q & A sessions with her followers in Instagram, Vini said that Superstar Rajinikanth’s Padayappa is her favourite film and she wants to show the film to Maxwell as soon as she gets a quality DVD with subtitles as Maxwell made her to sit through 100 hours to watch star wars, a Hollywood movie. 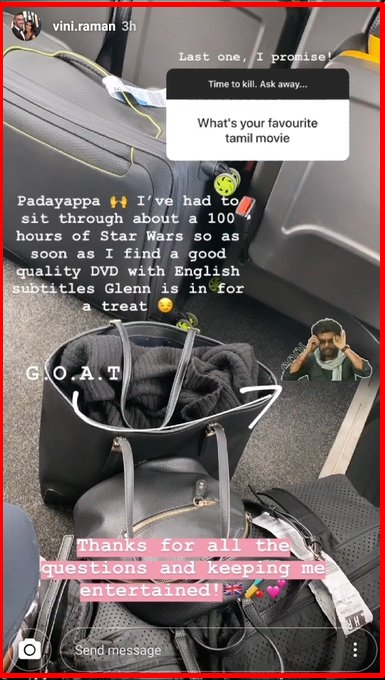 Previous articleIndu Makkal Katchi Claimed That Vijay Is Wearing A “Jesus Cross” In Arabic Kuthu !!
Next articleBJP Revealed The Identities Of Girls Who Raised Voice Against Them !! Got Thrashed

Vanitha Vijayakumar of "Bigg Boss" and "Cooku with Comali" fame supported Yashika by dropping a comment on one of her recent Instagram posts through...

Among enormous number of Indian cinema celebrities, Priyanka Chopra who is a well known across the country for her acting stint also expressed her...