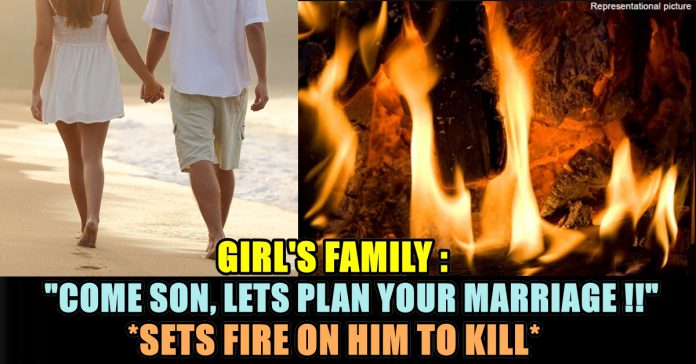 Girl’s Family Invited Boyfriend “To Talk About Marriage” !! Check What Happened Next !!

A man was set on fire allegedly by the relatives of a girl in Uttar Pradesh’s Etah on Wednesday. The man has been identified as Narendra Sakya, who drives trucks for a living. Narendra, 22, is battling for his life with 90 per cent burns at the local civic hospital.

Family members of a girl in Uttar Pradesh’s Etah district set her boyfriend on fire after inviting him to discuss the couple’s wedding plans. The matter was brought to light after the boy’s kin alerted police about his disappearance. Acting on the complaint, local law enforcement began a search for the boy only to discover that he had been kept hostage by the girl’s family inside a room before being set ablaze. 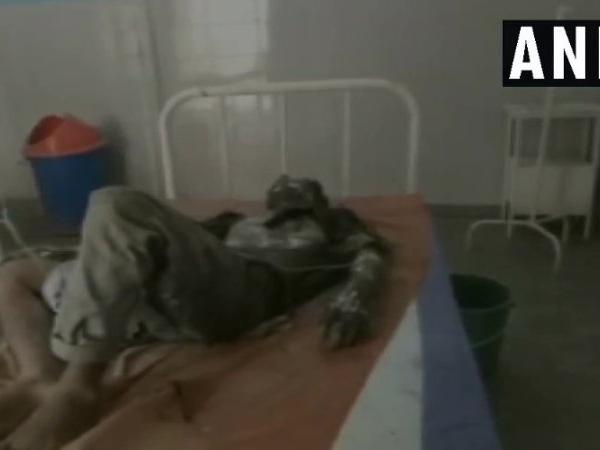 A resident of Etah’s Aligank area, Narendra Shakya had been missing along with the minor girl for two days. He was set on fire on October 31, said police officials familiar with the matter.

Reports suggest that the girl’s family summoned the boy to talk about the couple’s wedding plans. However, upon his arrival, the girl’s father Ramnaresh and uncles Umesh and Dayanand physically assaulted him in order to extract the girl’s whereabouts. When he refused to answer their questions, they poured kerosene on his body and set him ablaze. Neighbours who heard Narendra’s screams informed the police.

A youth was allegedly set ablaze by his girlfriend’s relatives in Etah’s Aliganj. Sanjay Kumar (SP) says,”Three people locked the victim in a room and set him on fire. We have arrested two accused. He is seriously injured and is undergoing treatment. Case registered.” (31/10) pic.twitter.com/mCxTVUpiN2

The victim was then rushed to the Aliganj Community Centre from where he was referred to the Saifai Medical College. He has incurred serious burns and is currently undergoing treatment. Meanwhile, a case has been registered against the accused who are currently absconding. Superintendent of Police (SP), Etah, Sanjay Kumar while confirming the reports said that two of the accused have been arrested and a search has been launched to track down the third. Kumar told news agency ANI, “Three people locked the victim in a room and set him on fire.”

The most awaited first look poster of actor Vijay's upcoming film released on 31st of December. The makers who tentatively titled the film as...