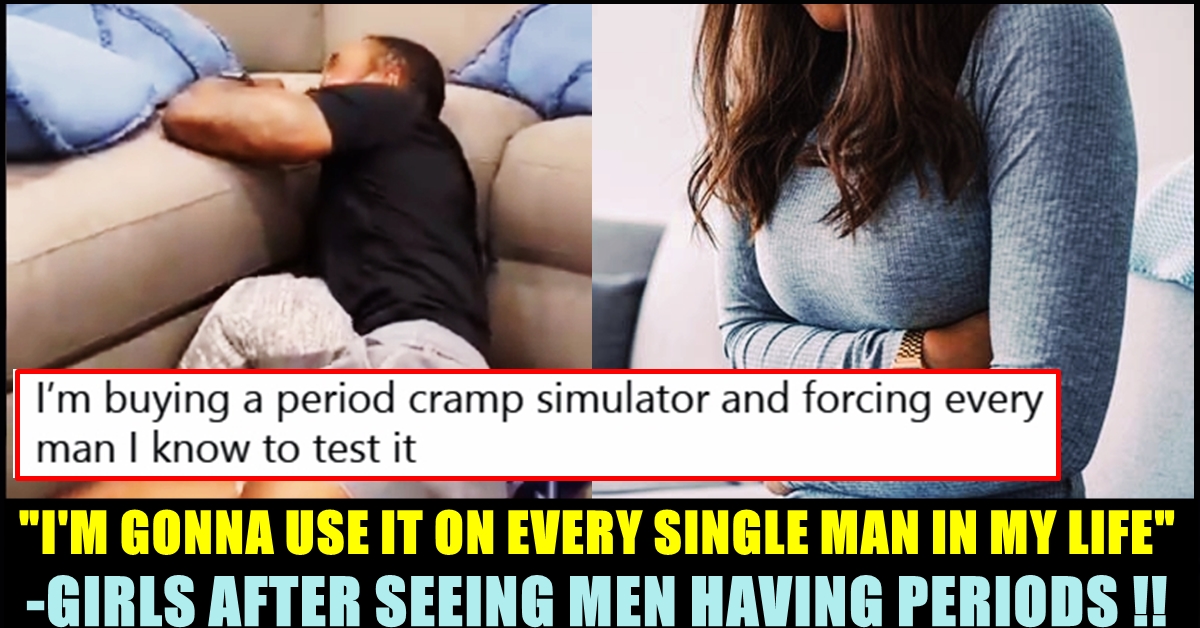 A video of a group of men and women trying a period cramp stimulator has been doing rounds in social media platforms lately. The viral video shows men reacting in different ways while using the period cramp stimulator with women tolerating the pain effortlessly. The video has been garnering various kind of reactions from the users of the digital media across the globe. Tamil actress Akshara Haasan shared the video in her official Instagram handle and said that women are going through the struggle every month. She wanted others to help women during such situations instead of completely shunning it away.

The video starts with a man using period cramp for the first time and he who couldn’t bear the pain falls on the sofa nearby. The clip suggests that he is experiencing level 10 of the period stimulator. Followed by him, a women tried it with the same level and she couldn’t even feel it which is probably because women are going through the pain constantly throughout their life since early teens.

After her, a number of men and women could be seen trying the stimulator at the same level and it is no different. Men couldn’t bear the pain whereas women tolerating it without even a flinch. One of the women says that he period pain is worse than this. The men who couldn’t handle the pain, wants the stimulator to be stopped. “there’s no way you are walking around like this” one of the men says to a woman.

Why I never get fellow men saying “you a pussy” when referring to someone as a weak.

When it’s clearly it’s we who are the ones 🤣😭 pic.twitter.com/OJll4lT0jm

The video garnered wide attention from the users of social media platforms. Many of the girls wanted men to try it to know about the pain women are going through all their life. “i think all men should try a period cramp simulator” a social media user said whereas another one said “I want to try that period cramp simulator on every man in my life. Everyone of them gotta know what the women in their life are going through. I need that object.”

i think all men should try a period cramp simulator

I want to try that period cramp simulator on every man in my life. Everyone of them gotta know what the women in their life are going through. I need that object.

Men we all need to talk about that period simulator video. Kudos to all the woman out there, you guys are special and strong in sure a way.

suck it up.
HOW OFTEN ARE YOU GETTING KICKED IN THE BALLS? i get painful cramps guaranteed every month, for a whole week! like how are you going to say to suck it up!
anyway, that just reminded me that he was a manipulative misogynistic asshole and i’m glad i’m not with him 🙂

Where can I buy the period cramp simulator ? I’m going to use it on every single man in my life .

so tempted to buy a period stimulator machine and try it on every man so i can just see them cry:) https://t.co/3RwVlICbl5

I wanna try the period cramp simulator to solidify my argument that women deserve to live absolutely free.

All these men using a period simulator but really don’t understand that not only do we get cramps but we get the back pain, boobs all swollen and sensitive, bloating, depression, and everything else u can think of

i would like to throw a period simulator at any man i encounter who thinks period cramps aren’t “that bad” https://t.co/6W8dEZ5tJb

I want the period pain cramp simulator so bad, it’s not even to use on guys but I want to put it on girls who feel little to no pain at all.
You thought we were being dramatic, here is a heart attack in your stomach b-

Someone commented on that period pain simulator video and said that, if those guys were given that thing every month for a year, they’d eventually get used to the pain and it wouldn’t hurt anymore. And that’s basically what’s happening with females🙄

You never get used to it

Comment your views on the viral video and the reactions it is receiving !!

“It’s Not About The Money” – Young Tamil Actress On The Divorce Of Bill gates- Melinda !!
“Can I Get Infected With COVID While Staying At Home ?” – Question Asked !! Doctor’s Reply Left Internet In Splits