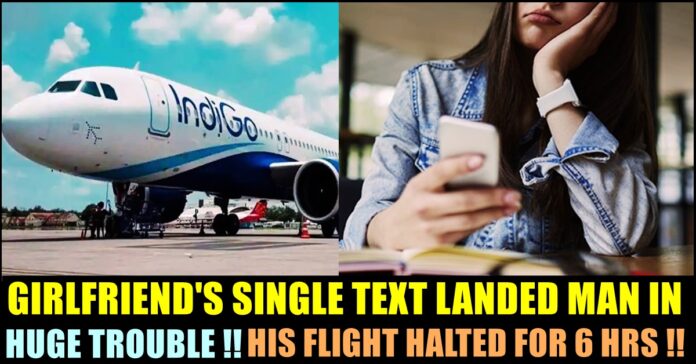 Based on an information provided by a woman, An Indigo Mangalore-Mumbai flight number 6 E- 5237 which was scheduled to depart on 14th of August morning at 10 : 44 AM got delayed by over 6 hours by the crew members. It has been reported that the woman passenger informed IndiGo crew members about a suspicious message she saw on the mobile phone of her co-passenger.

Reports suggests that the woman passenger happened to notice a message “You are a bomber” on the fellow passenger’s mobile phone and informed the crew about it to make them be alert. 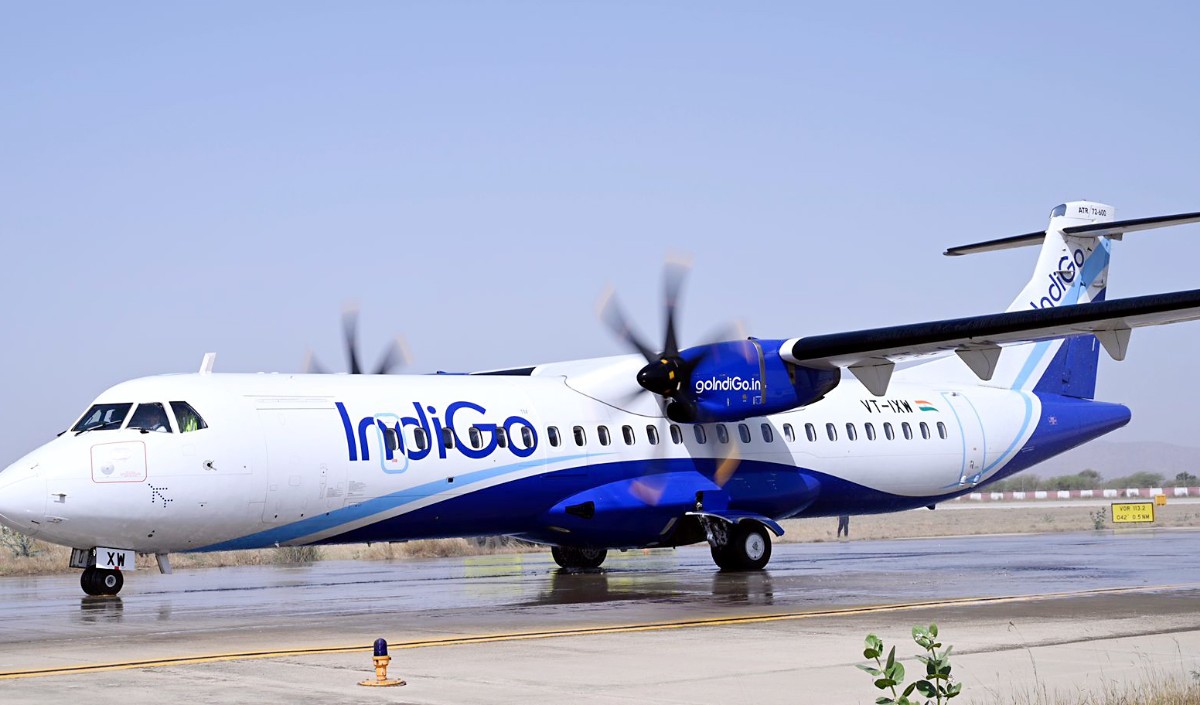 While talking to news portals, an airport official said, “A female passenger saw a message on the mobile phone of a person on board the plane and informed the airline’s crew. The crew reported this to the air traffic controller and the aircraft had to be grounded as it was ready to take off”

“Aviation security was immediately called and the airport police began an investigation with the suspected passenger. He was asked to disembark and his luggage was thoroughly checked. Indigo aircraft was allowed to fly to Mumbai on Sunday evening only after the investigation” reports said. The passenger seated on 14 B noticed a co-passenger seated on 13A receiving a text that said “You are a bomber”.

During the investigation, it has been found that the man was talking to his girlfriend through message. The girl was waiting for her flight to go to Bengaluru while the boy was ready to fly to Mumbai. Police report revealed that both were friends and made fun about security just for fun.

Explaining about the incident, Police officers said, “Two friends were chatting on Whatsapp and another person had overseen the message and it led to an issue. The Indigo flight from Mangaluru from Mumbai was stalled. A complaint has been lodged under 505 1 B and C of Indian Penal Code at Bajpe police limits after Indigo authorities registered a legal complaint.

The man was not allowed to board the flight due to the questioning that lasted for several hours whereas his girlfriend missed her flight to Bengaluru. All the other 185 passengers were asked to board again on the Mumbai-bound flight after thorough checking of baggage and the flight left only during 5 PM.

Previous articleOutrage Erupted After 11 Ra*pe Accused Released With Celebration !!
Next articleThree Restaurants At VR Mall In Trouble After The Inspection Of Food Safety Officers!!

Restrictions To The Attendees Of Vignesh Shivan-Nayanthara Marriage !! WATCH

Kollywood's most loved couple Nayanthara and Vignesh Shivan are all set to get married on 9th of June in an intimate ceremony that is...

Bigg Boss Tamil is one of the most watched and loved reality TV show in South. Hosted by superstar Kamal Haasan, the show commenced...