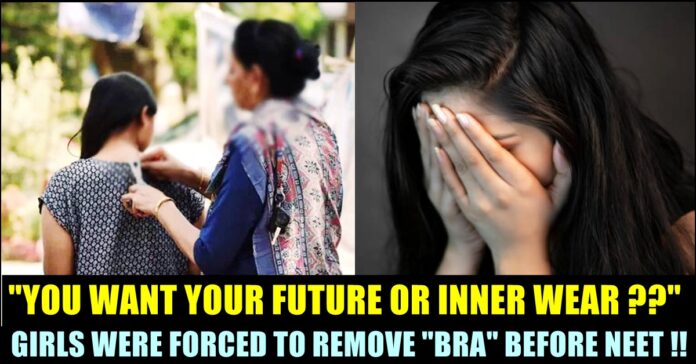 On Sunday, nearly 100 female students were allegedly humiliated as they were asked to remove their innerwear at the metal detection stage during the frisking process before entering the exam center. As per the dress code, students are not allowed to wear any object or accessories while entering the exam hall. This is said to be an anti cheating measure. Girls were told by female security personnel that she must remove her bra because of the “metallic hook” it contains. 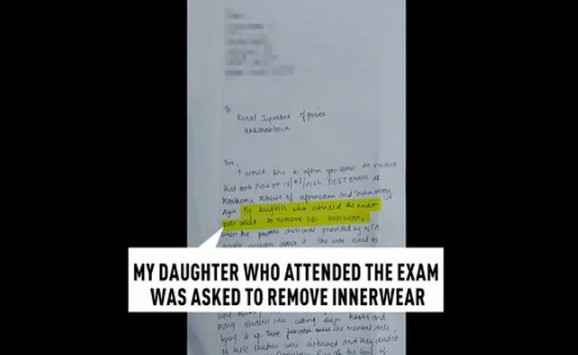 When one of the girls refused to remove her innerwear, she was told she would not be allowed to take the medical admission exam. “Is your future or innerwear big for you? Just remove it and don’t waste our time” A girl was told according to her her father’s complaint to the police. While advisory talk about belts, it does not talk about undergarments such as brassieres which can include underwiring. The incident took place at the exam centre at Kollam, Kerala. 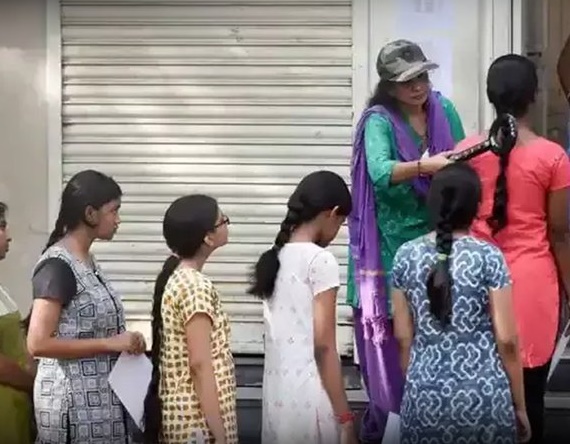 A number of students complained that they had to face mental trauma right before attempting the high stake exam. Parents have filed a complaint with the police. As per the primary information, nearly 100 girls had to face this situation and a complaint has been filed with the Kottarakka Deputy superintendent of Police.

The Marthroma Institute of information technology, where the incident took place, has denied any responsibility. The Kollam police chief KB Ravi confirmed that the girl’s parents have filed a complaint. Reports suggests that the undergarments were found dumped together in cartons after the examination on Sunday.

“After a security check, my daughter was told that the hook of the innerwear was detected by the metal detector, so she was asked to remove it. Almost 90% of female students had to remove their inners and keep them in a storeroom. The candidates were mentally disturbed while writing the exam”, said the girl’s father. 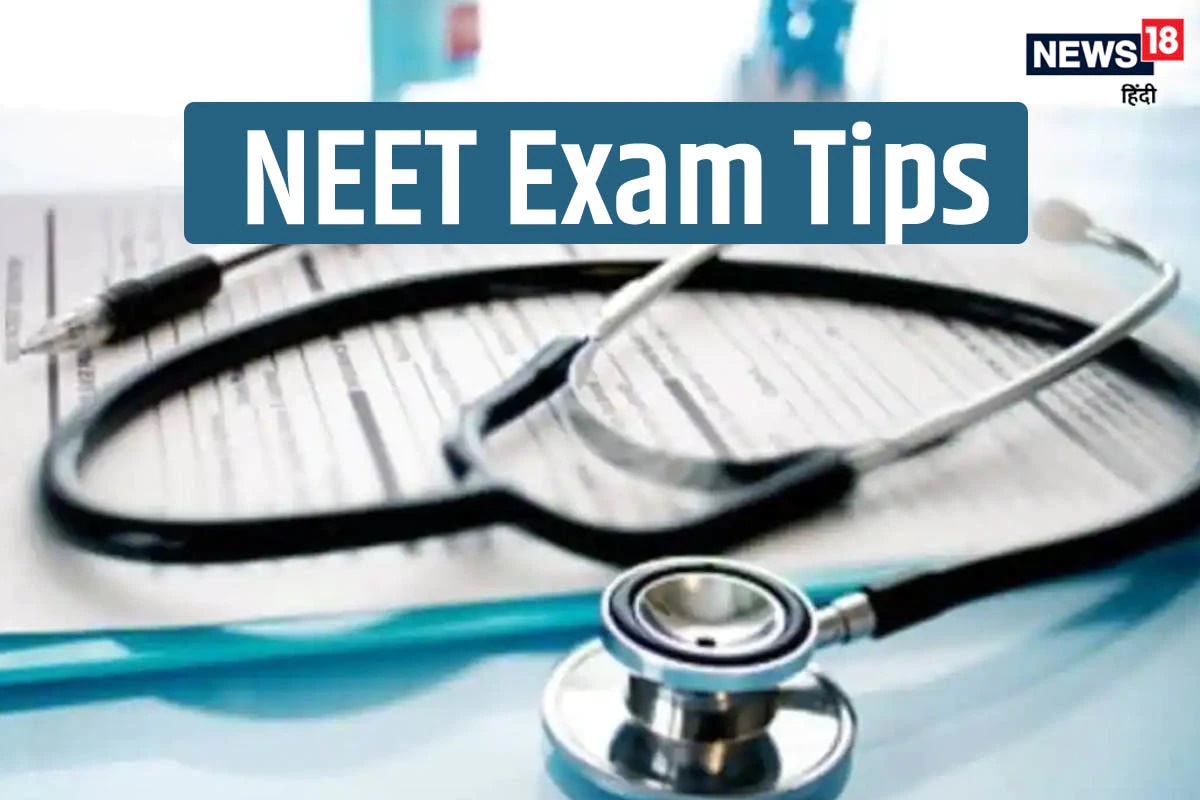 In his letter to the police, he said had seen a “roomful of innerwear that was taken” and many girls were crying and felt mentally tortured. “Many students were cutting their hooks and tying them up. The mental state of these children was disturbed and they couldn’t attend the exam comfortably” the father wrote.

Clearing the NEET security check is a huge challenge for the medical aspirants. Candidates are asked not to carry stationary and follow a strict dress code, in which wallets, belts, caps, jewellery, shoes and heels are banned.

The incident created huge outrage in online medium with many users of Internet condemning the security guidelines of NEET. Check out some of the reactions below :

They make students remove their bra while writing the NEET exam. Once they get into med-school, professors tell the women to cover up with a dupatta. The oft repeated line “The dupatta is for your mammary glands not your thyroid” https://t.co/m5hFyijqdd

What the .. the one who made such rules should be punished severe than this.

There is no forgiving this. The College that made girls take off their bras to appear for the NEET must have their licenses and accreditation revoked and the staff has to be arrested. An example has to be set with heads rolling.

Henceforth, the NEET council should clearly state that students must wear only strapless or non-metal-hook bras.

The most anticipated episode of Losliya meeting her father after 10 long years streamed finally. The promo of the yesterday's episode itself created ruckus...

A youth named Boopathi committed suicide after knowing about the two children of his online girl friend. According the News 18, the woman...