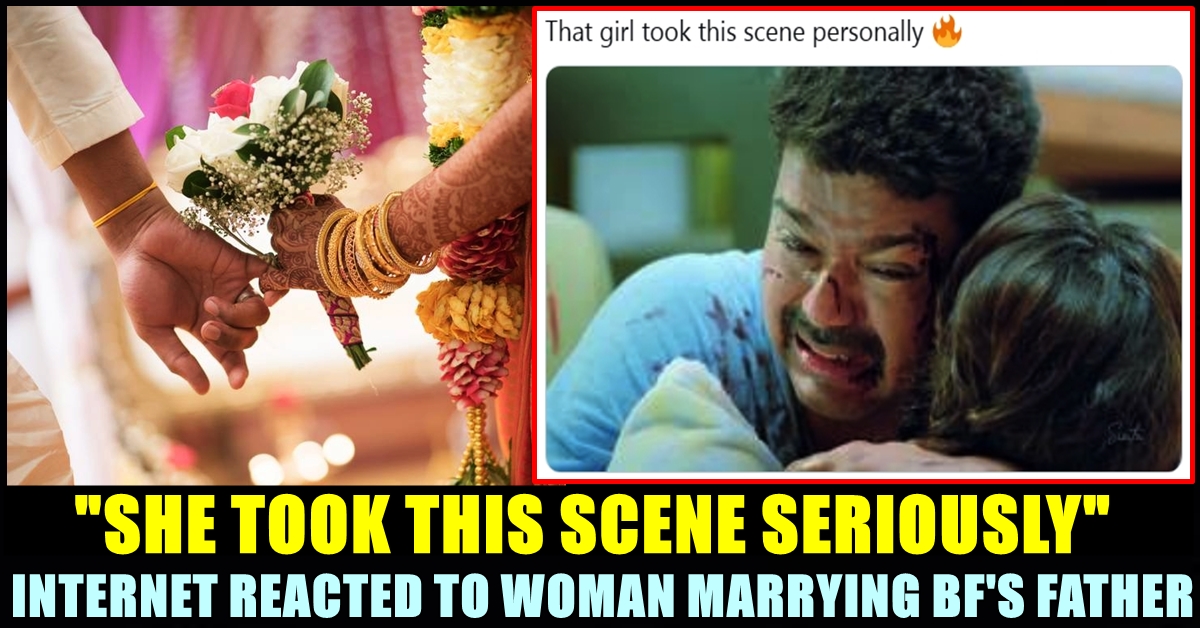 A decision made by a woman to help her boyfriend fight depression after losing his mother, has left the entire Internet baffled. The popular Tik Tok user, while reasoning her first of its kind decision in the entire world, said that she wants to make her boy friend happy who was grieving for the death of his mother. The news made headlines with netizens reacting in various kind of ways.

The Tik Tok user named @ys.amri, reportedly said that her boyfriend’s mother passed away and he was grieving for her. “I would do anything to support him through the tough time” she said, says reports. “My boyfriend’s mother died. Because I didn’t want him to be sad, I decided to marry his father- so that he could have a mother again” she explained, according to reports.

Many netizens praised the woman for her sacrifice and others expressed their exclamation over how a woman could make such decision after loving a guy. Film lovers of Tamil Internet compared the scenario with a dialogue from Vijay-Samantha starrer “Theri” movie in which the former would call the latter as his another “Mother”. Netizens trolled the scenario stating that the girl took her boyfriend’s emotional outburst seriously.

Check out some of the reactions in social media below :

A similar incident took place in February month. A 44 year old woman ran away with her pregnant daughter’s boyfriend and left her whole family in shock. When the daughter who is named Jesse (24) returned home after giving birth to her child, she found her mother and boyfriend missing. The mother, reportedly told her daughter “We can’t help who we fall in love with” after eloping with her boyfriend.

“I’m still fuming that they think they can just run off together and leave me to look after two young children. I’m in disbelief — Mum still hasn’t bothered to say sorry.” the daughter said and added that she already suspected about the relationship between them and confronted them. However, Jess’s mother and boy friend shrugged it saying that it was nothing.

BJP Candidate Karthik Lost By Receiving Only One Vote !! Internet Reacts
Karthik Of BJP Opened On Getting “Only One Vote” In Local Body Election !!