Girl Got Thrashed For Scaring People By Dressing As “Chandramukhi”!! Here’s The Truth

A viral video that shows a girl dressed as “Chandramukhi” from the Rajinikanth-starrer, scaring people in a public metro train is going viral in social media platforms. Many users of the internet couldn’t swallow the gestures performed by the girl as she was seen terrorizing a young boy in the video. She is being severely criticized for her act and it is not the first time she is performing such act, says reports. 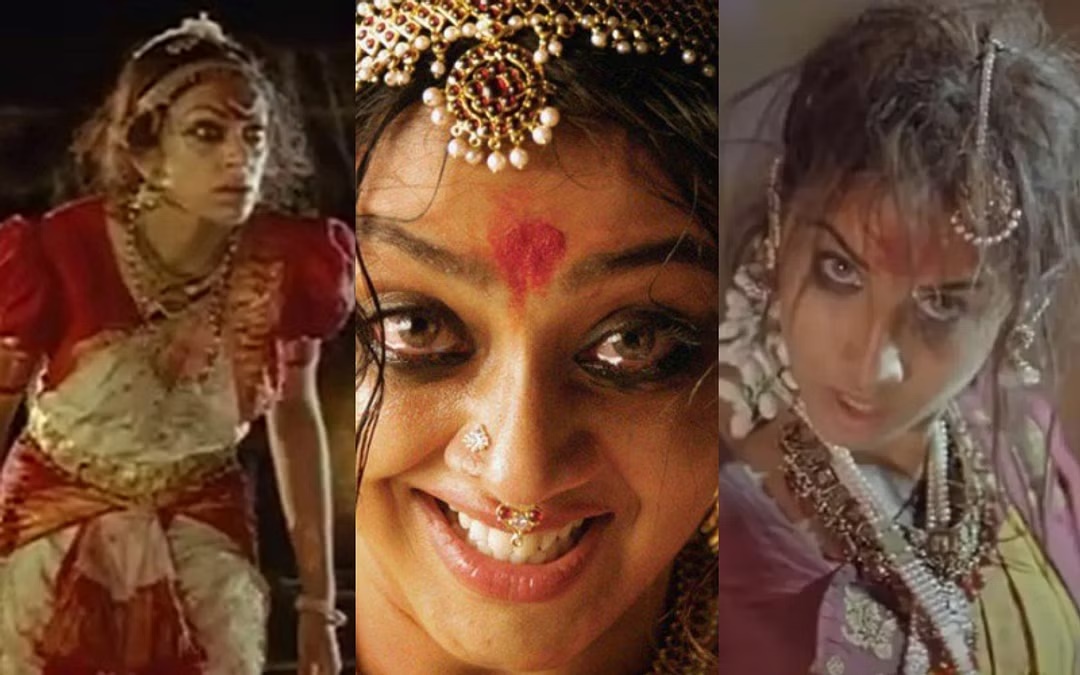 The incident happened in Noida Metro’s Aqua line. Online users were also seen demanding the full version of the video to see whether she is taking off her make up to reveal the cause or not. Similar to Chandramukhi movie of Rajinikanth, Malayalam film “Manuchithrathazhu” which was released in the year 1993 got remade in Hindi in the year 2007 with the title “Bhool Bhulaiyaa” and Priya tried to imitate the role played by Vidya Balan as Manjulika.

It has been reported that the woman is performing the act is identified as Priya Gupta. In the viral video, she is seen wearing a yellow-coloured saree with an unkept hair and makeup smeared all over her face. She could be seen walking across a metro compartment on the Aqua line and trying to scare people who were sitting there. A small kid could be seen shouting in fear and leaning towards his mother. 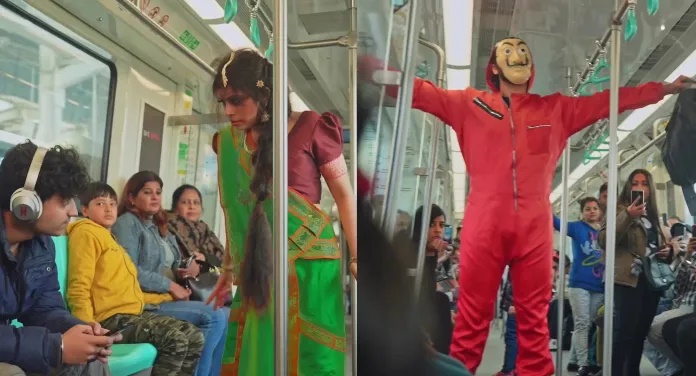 Towards the end of the video, she approaches a boy sitting with his headphones on and taps on his shoulder to get his attention as he was looking at his phone. He who didn’t look at her initially, literally ran for his life after looking at her. She sat on his seat and continued her performance.

It’s traumatic to kids sitting there.

And As a parent I would’ve slapped this girl so hard, that she would’ve permanently transformed into Monjulika.pic.twitter.com/G6P3ZvS0gb

“As a parent I would’ve slapped this girl so hard, that she would’ve permanently transformed into Monjulika” a user wrote on seeing the video whereas another one said “I wonder why there isn’t any objection from fellow commuters! This is serious.. an action should be taken asap. Now even metros seem an unsafe transportation!”

This is Aqua line, Greater Noida. People should have pressed the emergency button and spoken to the train pilot. Next station par CISF would have welcomed her with rosogullas.

I wouldn’t have entertained this act as well. This is not a stage for performance, it’s public transport

However, it has been revealed that the viral video is not a prank pulled off by the girl but an ad shoot for Boat Nirvana.

This is to clarify that video going viral on various Social Media Platforms is a part of a commercial advertisement shooting which was held on 22.12.2022 under approved NMRC Policy…

Ad Film Shooting was carried out by M/s Creative Productions (A Delhi Based Film Production House) for “boat Air dopes” on NMRC Corridor.

This CSK Player’s Sister To Debut As Heroine In Nayanthara’s Film !!

The production venture of Kollywood's happening couple Vignesh Shivan and Nayanthara is a success as almost all the films that were made under their...