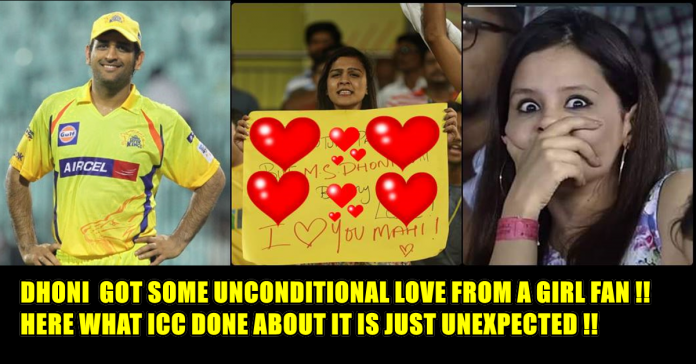 Cricket is a religion in India. It is the most widely followed sport in the country and the whole country comes together and supports the national team when they play big matches. One can find kids playing cricket in every nook and corner of the country. With the presence of the IPL, cricket has gained popularity more than ever and this number seems to be increasing day by day.

Some of the players in India have a large fan base. Players like Virat Kohli and MS Dhoni have made significant contributions to the Indian team and thus enjoy the support of millions of people. Fans travel thousands of kilometers just to watch their favorite players in action. Spectators display various types of signboards in the stadium to express their loyalty towards their favorite players. 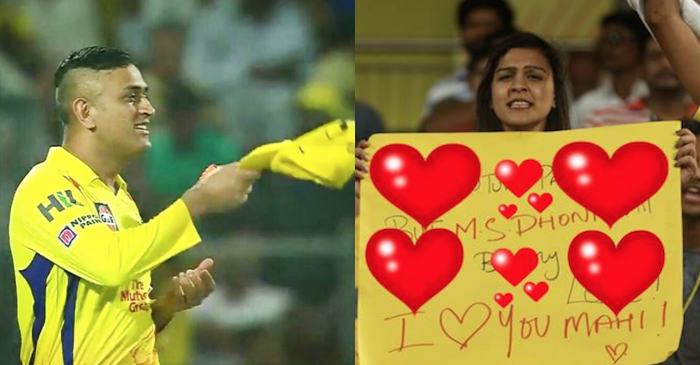 The ICC took to Twitter to post a picture of a spectator holding a chart that read,”Sorry future partner, But MS Dhoni will always be my first love! I love you Mahi!”

The former Indian skipper is one of the widely respected players in the world and fans die to see him hit big sixes in the stadium. He recently played a breathtaking inning against Kings XI Punjab that almost took his side over the line. Dhoni has achieved everything that a captain can achieve and he will go down as one of the greatest players to have played the game ever. He deserves every bit of support from the fans.

Mahi has millions of fans across the world to support him. One bad result does not define him and he must be appreciated for whatever contributions that he has made to Indian cricket. He deserves everything that he has now and his last ball sixes will always be remembered.

Here are some reactions for the tweet of ICC : 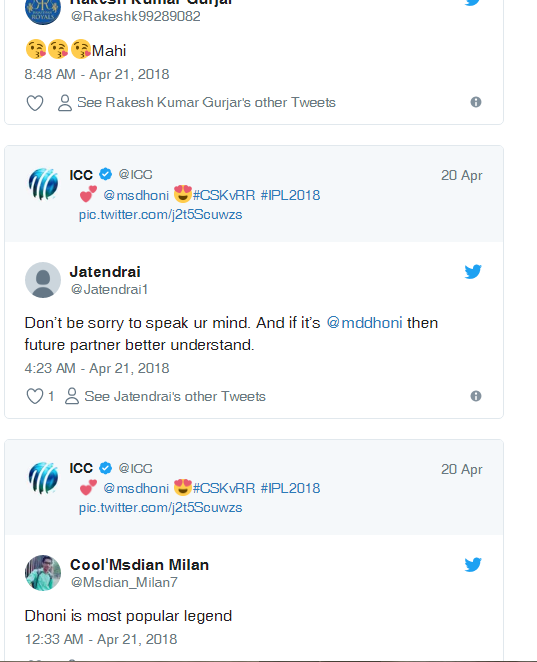 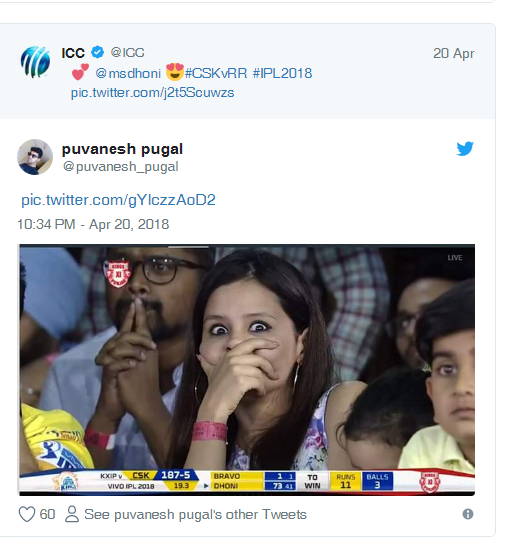