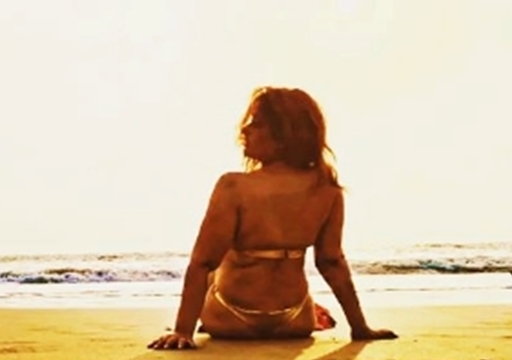 Actress Kiran, through her official Instagram handle, shared about a traumatic experience she went through during one of her recent shoots. The actress said that she probably got pushed by a female ghost and hurt her knees. She went on to claim that the ghost could have been  jealous over her looks as she was wearing a bikini.

Kiran debuted to Tamil film industry through Vikram’s 2001 flick Gemini. In the film she appeared as a Tamil speaking north Indian girl and impressed the Tamil audience in big time. After that, she acted in Ajith Kumar’s Villain and in Kamal Haasan’s “Anbe Sivam”. Within a very short span of time, the actress shot to fame by pairing up with Kollywood’s top actors such as Vikram, Kamal and Ajith. She was last seen as a character artist in films such as “Aambala” and “Muthina Kathirikkai” of Sundar C.

Nowadays, the 41 year old actress is involved in engaging her Instagram followers by uploading her own pictures. Check out some of her recent below :

On Tuesday, Kiran came up with a shocking claim alleging that she fell down from a dangerous place after a ghost pushed her down out of jealousy. She thanked God and her driver for saving her from the place named “Devil’s finger”

“Well that knee hurt was very bad. I fell very badly on my knees at one place called devils finger.. its an unexplored virgin place.. behind taj aguda.. I was happily walking to the spot.. n suddenly i felt somebody pushed me was slipping into that mountain ditch which was really deep. my driver pulled me
immediately.. thanks to him n god.. or i would have fallen on those rocks from massive height.. by the way I have heard that place is jinxed n no one go there as lot of ppl have had major accidents n deaths scary. Just see the name
devils finger” Kiran said through her Instagram story.

“I am still wondering who pushed me could be a ghost only.. and that too female dint like me walking around in a bikini in her house #jealous” she added.

Check out the screenshots of her story below : 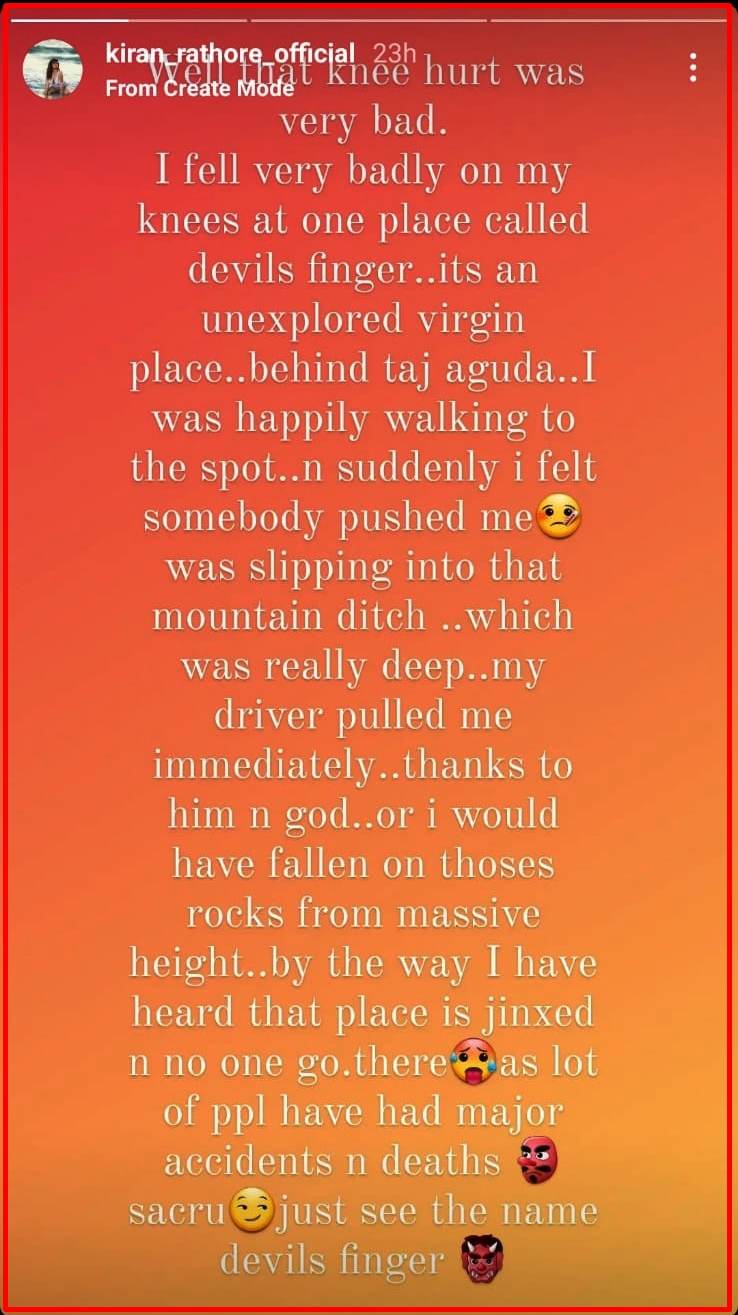 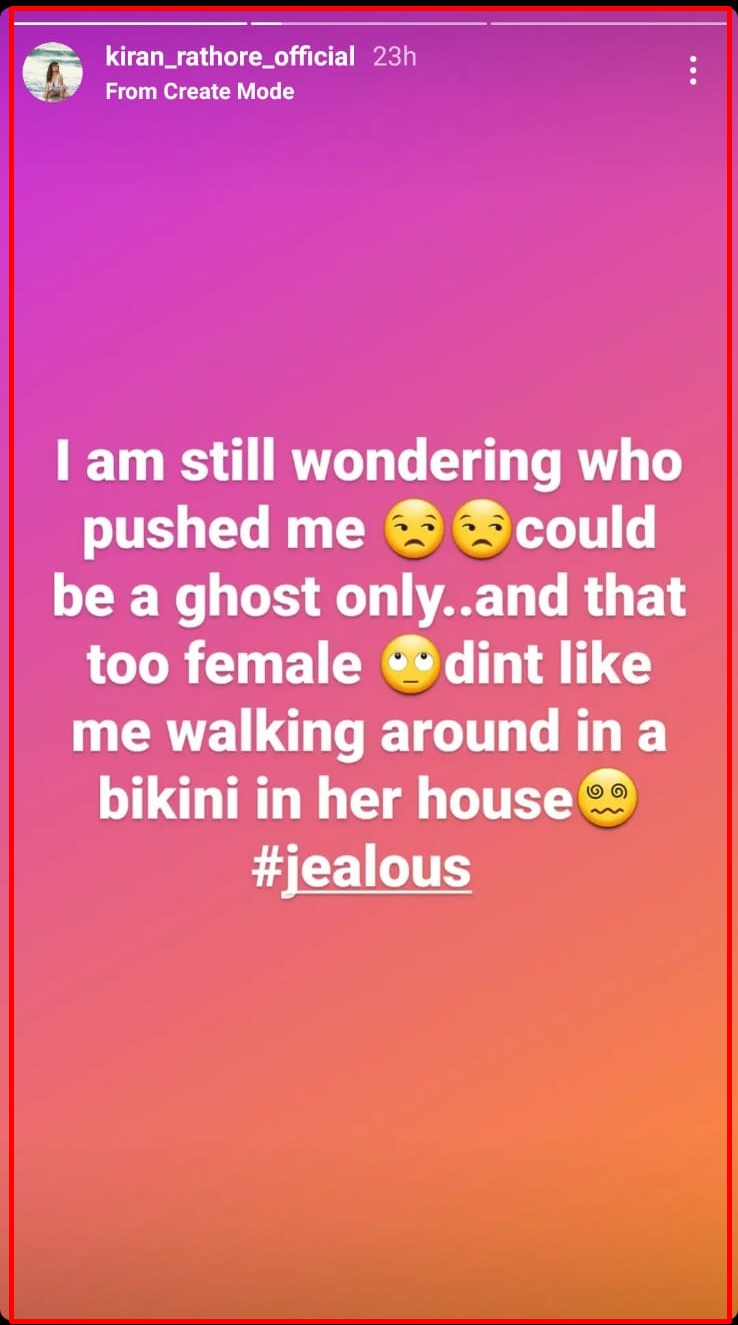 On the work front, the actress who is enjoying half a million followers in Instagram is going to be seen in Santhanam’s “Server Sundaram”.

Actor Suriya, on Sunday, came up with a tweet informing his followers that he got infected with COVID 19 virus and is currently recovering....