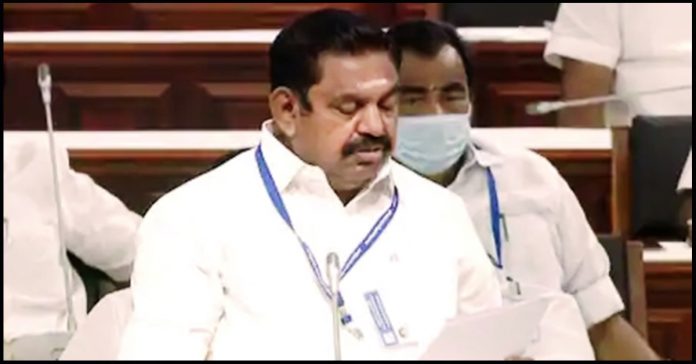 On Friday, the AIADMK government has passed a Bill temporarily providing an internal reservation of 10.5 per cent to the community under the category Most Backward Classes. Now, The state government has notified the Tamil nadu special reservation of seats in Educational institutions including Private educational institutions and of appointments of Posts in services under the state within the reservation for the MBC and DC, Act, 2021 in an extraordinary gazette.

The Bill was introduced in the Assembly by Chief Minister Edappadi K Pazhaniswami and passed shortly before the announcement of election date in the state. As soon as the announcement was made, PMK founder, who has been raising the demand for nearly three decades, called CM Pazhaniswami through cell phone and thanked him for accepting their demand. Indeed, the Bill is a culmination of four-decades of campaigning that, at times, turned violent.

The law provides an internal reservation for three categories 10.5% quota for MBC (vanniyakula kshatriyas), 7% for DC and the MBC Communities having similarity with DC and 2.5% for the other MBC not included in the above category.

“The internal reservation has been offered temporarily and work has commenced to conduct a caste-wise census within six months. The reservation given now will change based on the findings of the census,” Chief minister Edappadi K Pazhaniswamy said in the assembly.

According to the Bill, the category of MBC will include the Vanniyar, Vanniya, Vannia Gounder, Gounder or Kander, Padayachi, Palli and Agnikula Kshatriya sub-castes that come under the Vanniyakula Kshatriya community.