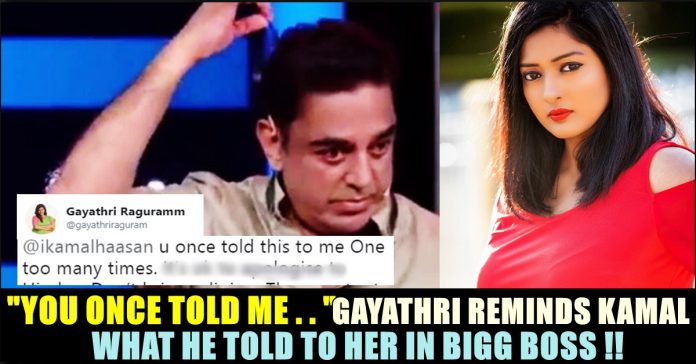 Addressing an election campaign here on Sunday night, Haasan said he was one of those “proud Indians” who desires an India with equality and where the “three colours” in the tricolour, an obvious reference to different faiths, “remained intact.” He said, “I am not saying this because this is a Muslim-dominated area, but I am saying this before a statue of Gandhi. Free India’s first terrorist was a Hindu, his name is Nathuram Godse. There it [terrorism, apparently] starts.”

Mr. Haasan said he had come here “seeking answers for that murder.” He added,“Good Indians desire for equality and want the three colours in the Tricolour to remain intact. I am a good Indian, will proudly proclaim that.” In November 2017, Mr. Haasan stoked a row, when he took potshots at what he termed “Hindu extremism.” It drew condemnation from the BJP and Hindu outfits.

Aravakurichi is one of the four Assembly constituencies in the State where bypolls are scheduled on May 19. The MNM has fielded S. Mohanraj from this segment. On reacting to this Gayathri Raguramm, who is a member of BJP said “Manikaravangaloda manipu kekaravanga thaan periya Allu and nalla manidhar @ikamalhaasan u once told this to me One too many times. It’s ok to apologise to Hindus. Don’t bring religion. They want u to b the change, people looking up towards u. They don’t want u to be just another.”

Manikaravangaloda manipu kekaravanga thaan periya Allu and nalla manidhar @ikamalhaasan u once told this to me One too many times. It’s ok to apologise to Hindus. Don’t bring religion. They want u to b the change, people looking up towards u. They don’t want u to be just another. Gayathri Raguramm who had sour moments with the actor during the first season of Bigg Boss show said this in her official twitter account. She also posted another tweet requesting the CM of Tamilnadu to take action against Kamal Haasan and few DMK members including Stalin and Kanimozhi.

I request @CMOTamilNadu to take strict action on spreading religious hate. On kamal Veeramani Stalin kanimozhi and other clan who spread Hindu hate or any religious hate. If JJ Amma was alive she would have done that. There wouldn’t be comment or sound. I request u to do same.

BJP state president Tamilisai Soundararajan said while the whole nation was shocked when Gandhi was killed, none can, however, justify it, and pointed out that Godse was hanged for the “heinous” crime. She said it was “strongly condemnable” that Mr. Haasan used the phrase “Hindu extremism” in a Muslim-dominated area.