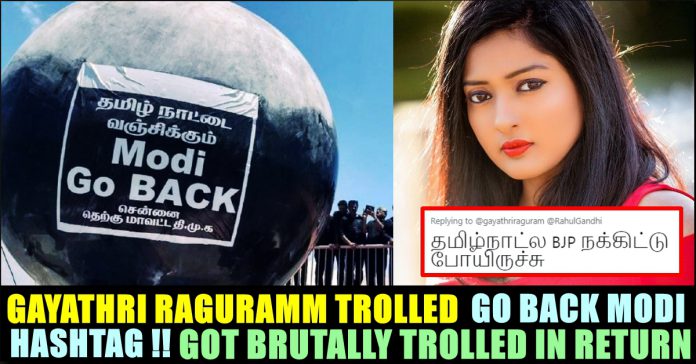 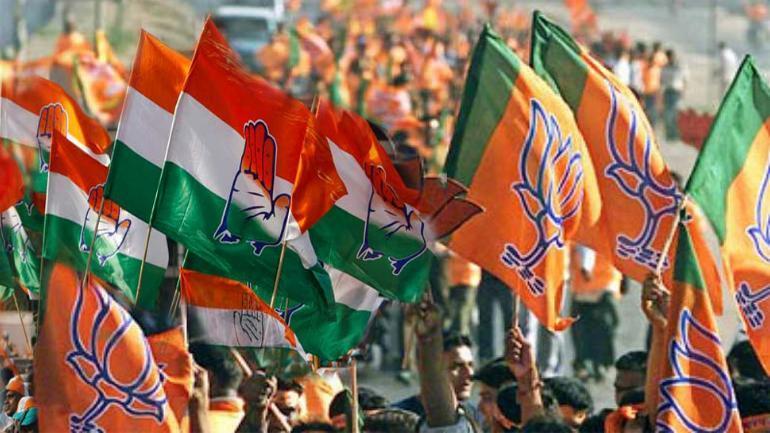 Today, on the result day,  The BJP-led National Democratic Alliance or NDA is ahead in 345 seats, leads show, while the Congress-led UPA is leading in 91 seats. In 2014, the NDA had won 336. It was the first time in more than three decades that a single party won majority on its own.

On seeing the victory of her party Gayathri wrote “Those who created #gobackmodi palm on ur face. Where is @RahulGandhi did he leave to London already? I suppose it’s #runawayrahulgandhi”

Those who created #gobackmodi palm on ur face. Where is @RahulGandhi did he leave to London already? I suppose it’s #runawayrahulgandhi

This irked her own followers who trolled her back by stating that BJP couldn’t win majority of seats in Tamilnadu.

Where is BJP in TN??

What happened to the party @TN

Dear Gayathri, Go back Modi has won in TN. That’s the truth and we need to come in terms with it. Time for TN BJP to retrospect take corrective measures. TN is completely a different ball game that BJP has to understand. I feel this loss is not good for TN. But that’s the reality

Go back Modi..u not able entry in Tamil Nadu

However The leads show that the BJP will manage to keep its core states – the Hindi heartland, Gujarat and Maharashtra – while posting fresh victories in Bengal, Odisha and the northeast. It has also scored a huge win in Karnataka – a state the Congress rules jointly with HD Kumaraswamy. 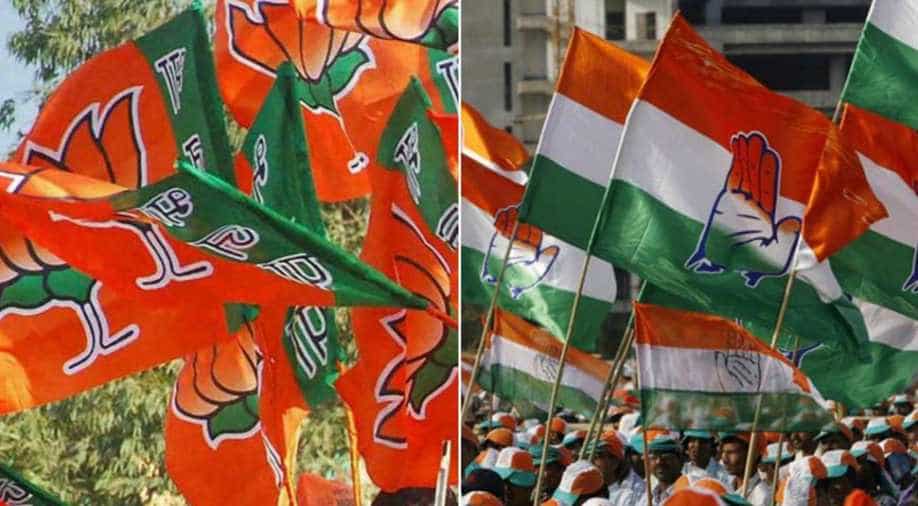 After seeing these replies Gayathri came up with another tweet as counter attack :

Where is TNBJP? we r building our percentage better day by day and will prove it to u in 2021. Dmk has to perform well. Eps will give win in 2021. Those who r blinded with lies. will soon realise. the iphone production moved to TN from China and many more production.bcos of #namo

Lakshmy Ramakrishan Replied To A Fan Who Asked Her To Re-unite Dhanush & Aishwarya !!

A twitter user tagged Lakshmy Ramakrishnan of "Solvathellam Unmai" fame and asked her to unite Dhanush and Aishwarya like how she does for the...

After Bumrah played a vital role in restricting England within 110 runs in the first one day international match, his wife Sanjana who is...