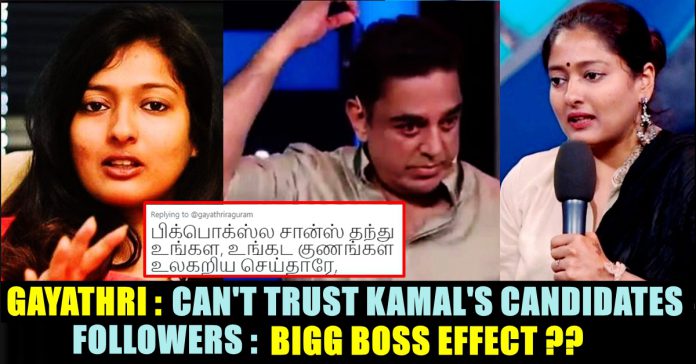 Makkal Needhi Maiam (MNM) president Kamal Haasan Wednesday announced the first list of candidates who will be contesting on the ‘Torch Light’ symbol for the upcoming Lok Sabha Elections.

The candidate list for the rest of the Lok Sabha constituencies as well as for bypolls to the 18 assembly constituencies in the state shall be announced on March 24 at Coimbatore in Tamil Nadu. 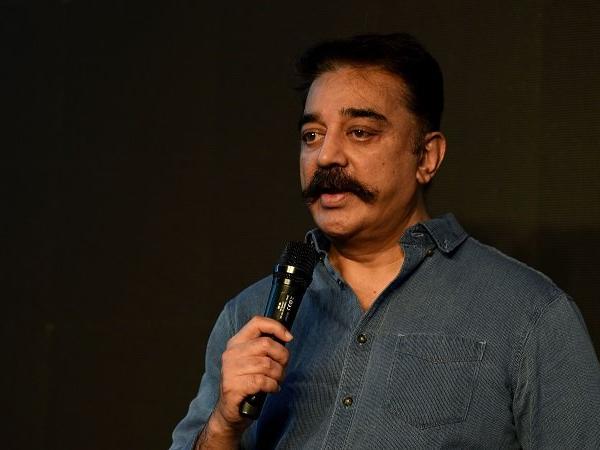 “The initial list consists of people who are not money-minded and are interested only in social service,” Haasan said.

Kamal added that some key names will pop-up in the next list which is scheduled to be released on March 24th.

Meanwhile one of the BJP member and Bigg Boss contestant Gayathri Raguramm has posted a controversial statement against Kamal Haasan in her official twitter account. She alleged that Kamal has taken all the limelight as always without showing the faces of the candidates. She also said that she could not believe those candidates  them just because they are educated.

Her tweet read as “Why hasn’t he introduced his candidates to world ahead even once. He had taken all the limelight like alwAys. We don’t know anyone how can we trusts them on based of their education or qualifications? Will they be genuine or just for the sake of it. What’s the ideology manifesto?”

Why hasn’t he introduced his candidates to world ahead even once. He had taken all the limelight like alwAys. We don’t know anyone how can we trusts them on based of their education or qualifications? Will they be genuine or just for the sake of it. What’s the ideology manifesto? https://t.co/y3CFayO7hR

For this many of her followers expressed their thoughts in various way. Most of them doubted as if it is the effect of Bigg Boss show where most of the people trolled Gayathri due to screening of short film which was displayed by Kamal Haasan, the host of the show.

I don’t know wats d hatred on kamal.
Am not asking you to support him. But somewhere i sense u have some grudge n him. Even n bb kamal supported u most f times and u r kind f repellent towards him. Do u c his affection fake ? Just asking. Ignore f u don’t like to answer

Gayee, BigBoss will be upset about ur remarks

What do you think on the statement of Gayathri ?? Comment below !!

Previous articleBobby Simha Filed Police Complaint Against His Own Director For This Bizarre Reason !! SHOCKING !!
Next articleVairmuthu Voiced Out On Pollachi Rape Case !! Here’s How Chinmayi Reacted To His Statements !!

A kind gesture of Tamil star Sivakartikeyan at the "RRR" pre-release event won the hearts of fans. He who took part in the promotional...