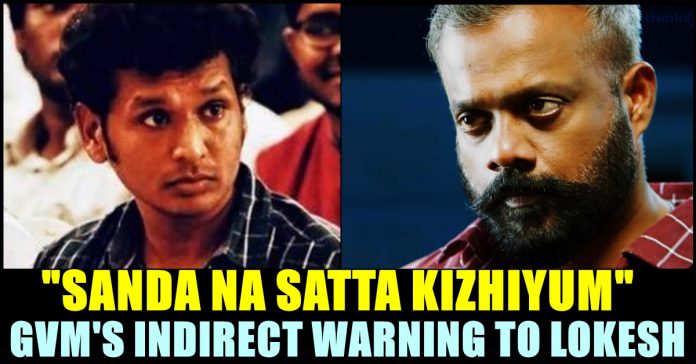 Kamal Haasan is the most talented actor in the Indian cinema. Known for his achievements, the creator likes to experiment in his field. He has won awards including three National Film Awards for Best Actor and nineteen Filmfare Awards and 9 International Awards. His production company, Raaj Kamal Films International, has produced several of his films. He enjoys a massive fan following for his works in the film industry. Not only the audience, even people from his own industry looks up to him.

Director Lokesh Kanagaraj is one of the recent to add in the list of the admirers of Kamal Haasan. The filmmaker who kept saying that he grew up watching Kamal films and it inspired him a lot to become a filmmaker, received Favourite director award from his inspiration in the Zee Tamil Cine Awards 2020. While receiving the award, Lokesh said that “Kaithi” was inspired from Kamal’s Virumaandi and looked very nervous and excited in front of his master. “I never went to film schools, never worked as an assistant director to any one. But I watched the films of Kamal sir” he said in the award function.

It is also rumoured that Lokesh is going to direct Kamal in near future under his Rajkamal productions. Now, in a way of replying to it, Gautham Vasudev Menon, a refined filmmaker of Tamil film industry has made a statement in front of Kamal Haasan in a special show of Pongal celebration.

In the celebration Gautham said that he wished to join as an assistant only to two filmmakers. “One is Mai rathnam and the other one is Kamal sir. From 1993, I am trying to work with Kamal sir. He is still not aware of it. Though I don’t have interest in acting, I have submitted my photographs in Kamal sir’s office to work as a junior artist in his movies.” said Gautham who went on to make it sure that he is the original fanboy.

“Truth is I am the original fan boy of Kamal Haasan sir. Many will try to contest in order to grab this place. They will fight with me. I am ready to fight back. I don’t care of getting my shirt tore in that fight. I am the original fan boy” said Gautham menon one more time in front of Kamal Haasan. This statement from Gautham not only targeted on Lokesh Kanagaraj but also towards the every fan boy of the epitome of Tamil cinema.

Gautham also said that he feels blessed to have directed Kamal in Vettaiyadu Vilayadu. It is notable that Gautham took part in the Zee cine awards and hosted a segment of the show.

Now you tell us, Whom do you think the biggest fanboy of Ulaganayagan ? Comment your views below !!