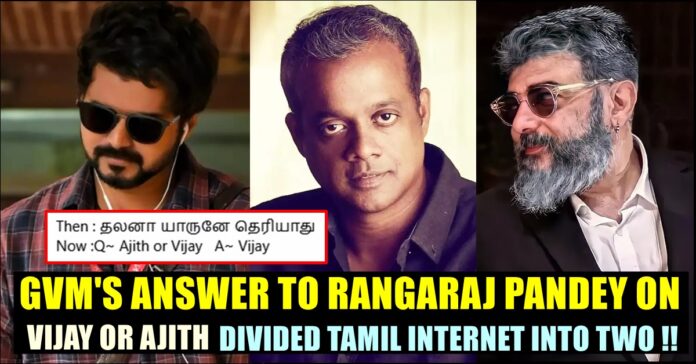 Renowned filmmaker Gautham Vasudev Menon, in a face to face interview with journalist Rangaraj Pandey, chose Vijay while answering to a question on whom he would choose among Ajith and Vijay. The instant answer provided by the filmmaker divided the users of the micro blogging social media site as he had worked with Ajith kumar in “Ennai Arinthaal” but didn’t work with Vijay yet. 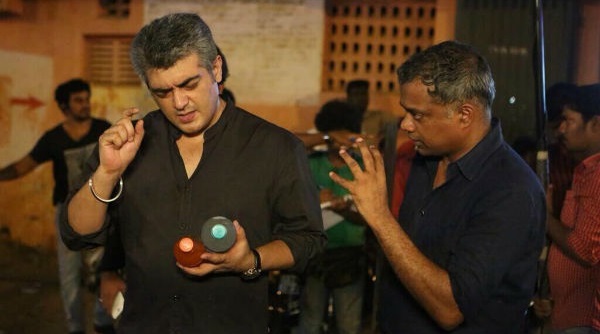 Gautham Vasudev Menon is one of the prominent filmmakers of Kollywood cinema who is known for his poetic way of treating simple story plots. The movies of him such as Vinnai Thaandi Varuvaya, Vettaiyadu Vilayadu, Kaaka Kaaka, Varanam Aaayiram garnered critical acclaim as well as commercial success in box office. 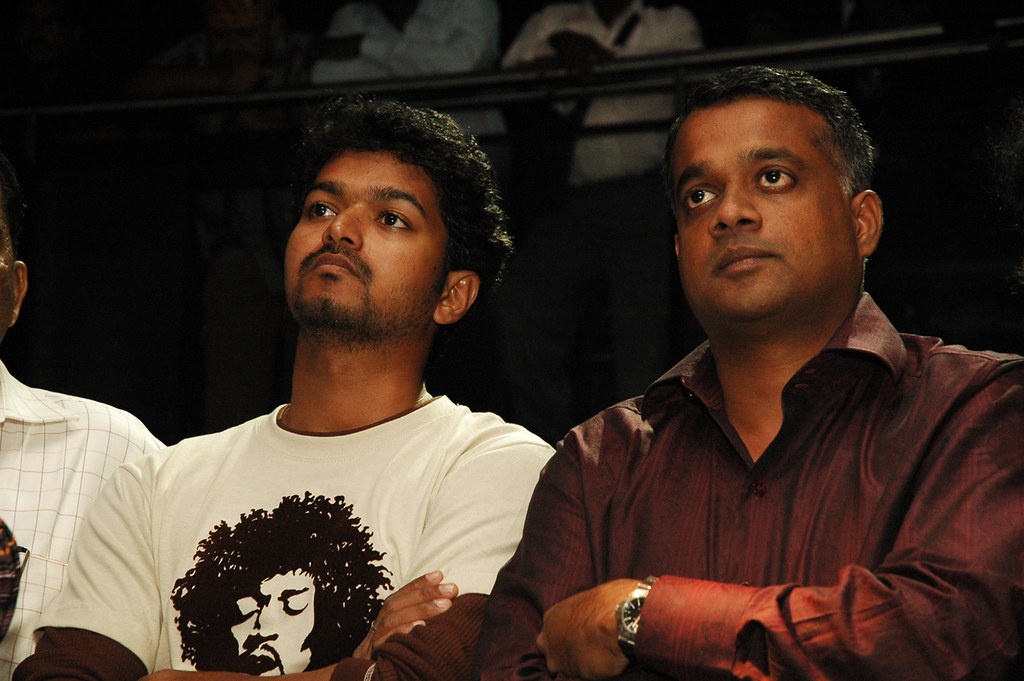 The filmmaker’s last released feature film was “Enai Nokki Paayum Thotta” and he is all set to release his next project “Vendhu Thaninthathu Kaadu” on 15th of September. In the meantime, the filmmaker appeared in a face to face interaction with Rangaraj Pandey and answered to some of the complicated questions in an instant manner.

Rangaraj Pandey asked GVM to choose between Ilayaraaja and AR Rahman and the filmmaker, after a pause, said that would go with the latter. Choosing between Stalin and Pinarayi Vijayan, chief minister of Tamil nadu and his native Kerala, Gautham chose Stalin. “I very well know CM sir, his family and h and Vijay, Gautham said Udhay personally. I don’t know much about Kerala Chief minister” he added.

Between Rajinikanth and Kamal Haasan, GVM chose Kamal without a second thought. Among Ajith and Vijay, Gautham said Vijay as his choice.

Director #GauthamVasudevMenon before and after working with Ajith, his answer remains the same – he always prefers #ThalapathyVijay! 😅👍 @actorvijaypic.twitter.com/892oIjvVbe

Video of a set of college studying girls consuming alcohol inside the class room went viral in social media platforms and as a result,...