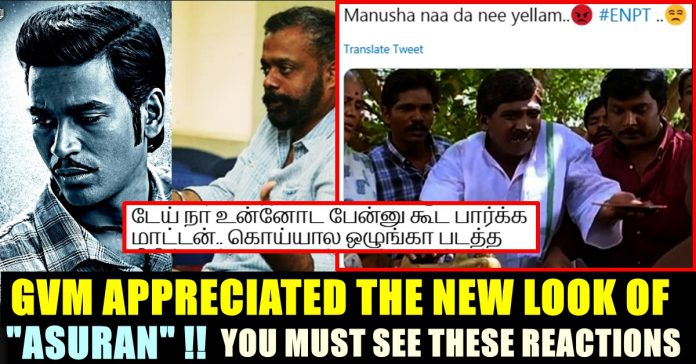 Two new posters of Dhanush’s upcoming film Asuran were unveiled yesterday. Actor Dhanush took to Twitter to share the posters with his fans, who were floored by the intriguing looks of the Tamil star in the new posters of Asuran.

Dhanush is playing two roles in Asuran. Earlier, the looks of the father, one of his characters, were released. And for the first time, the makers have revealed the look of the son character in the movie. Malayalam actress Manju Warrier has been paired opposite Dhanush in Asuran. 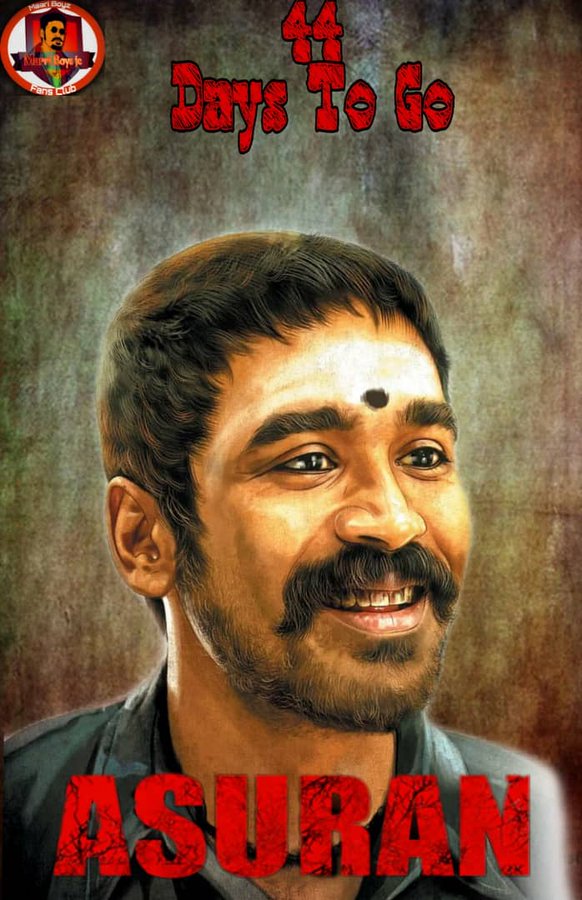 The shooting of Asuran was wrapped up a few months ago, and the film is all set to release in October this year. 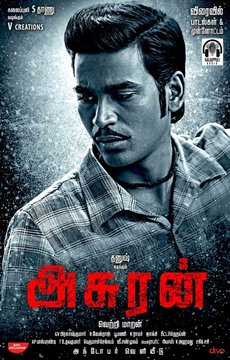 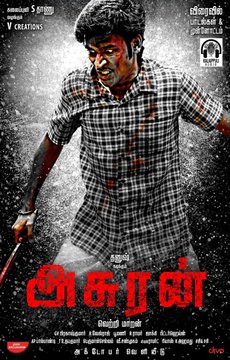 The second look of the actor features him in an intense look. Dhanush is seen sporting a sleek hair do and a moustache like a 60’s man. As per reports, Dhanush had said about the film that is one of his highly anticipated films.

Along with Dhanush and his fans, popular director Gautham Vasudev Menon also shared the looks and said that some of his favourites are in this film. His caption for his post read as “Wow! Looking good. And some of my favourites in this film. All the very best to @dhanushkraja @VetriMaaran and Manju Warrier #Asuran”

Wow! Looking good. And some of my favourites in this film. All the very best to @dhanushkraja @VetriMaaran and Manju Warrier #Asuran pic.twitter.com/rR10O9UWnu

The director got extremely trolled in the comment section for not releasing “Enai Nokki Paayum Thotta”, one of the most expected films of the actor. The director who is going through the toughest phase of his life, haven’t seen any release since Achcham Enbathu Madamayada which was released in 2016. Two of his major films with Danush and Vikram are not seeing its end as of now. Along with Gautham Menon’s fans, fans of both the actors keeps on demanding about the updates of their favourite actor’s film.

There are reports that the director did not shoot the film as per his plan, which irked Dhanush. There were remuneration issues too, because of which the Vada Chennai actor is refusing to complete the film.

Previous articleAbhirami Wants To Talk With Mugen’s Girlfriend After Coming Out Of BB?? Watch Video !!
Next articleEver Heard Of “Bikini Airlines”?? It Is All Set To Be Launched In India For Just “9 Rupees”!! Check Full Details !!

After a very long time, comedy actor Vadivelu interacted with media in a temple after offering his prayer. Surprisingly, he answered to a question...