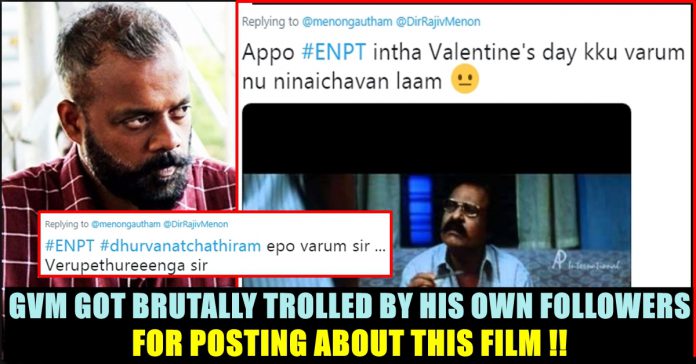 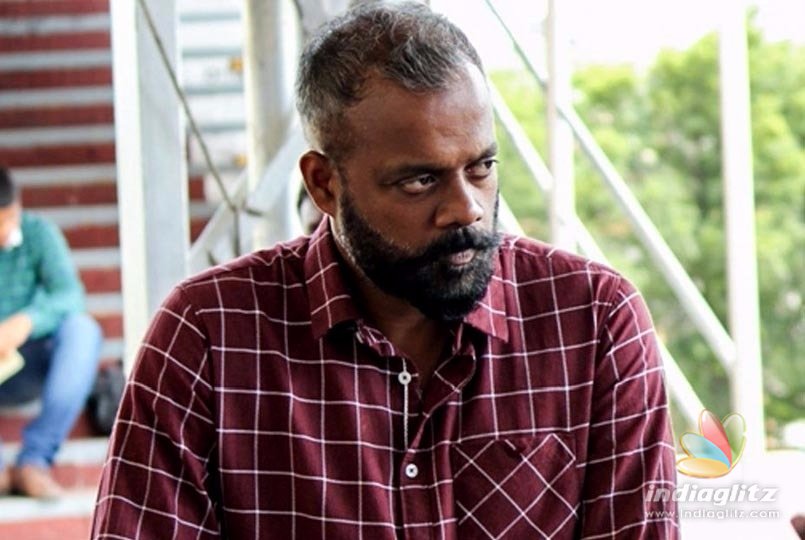 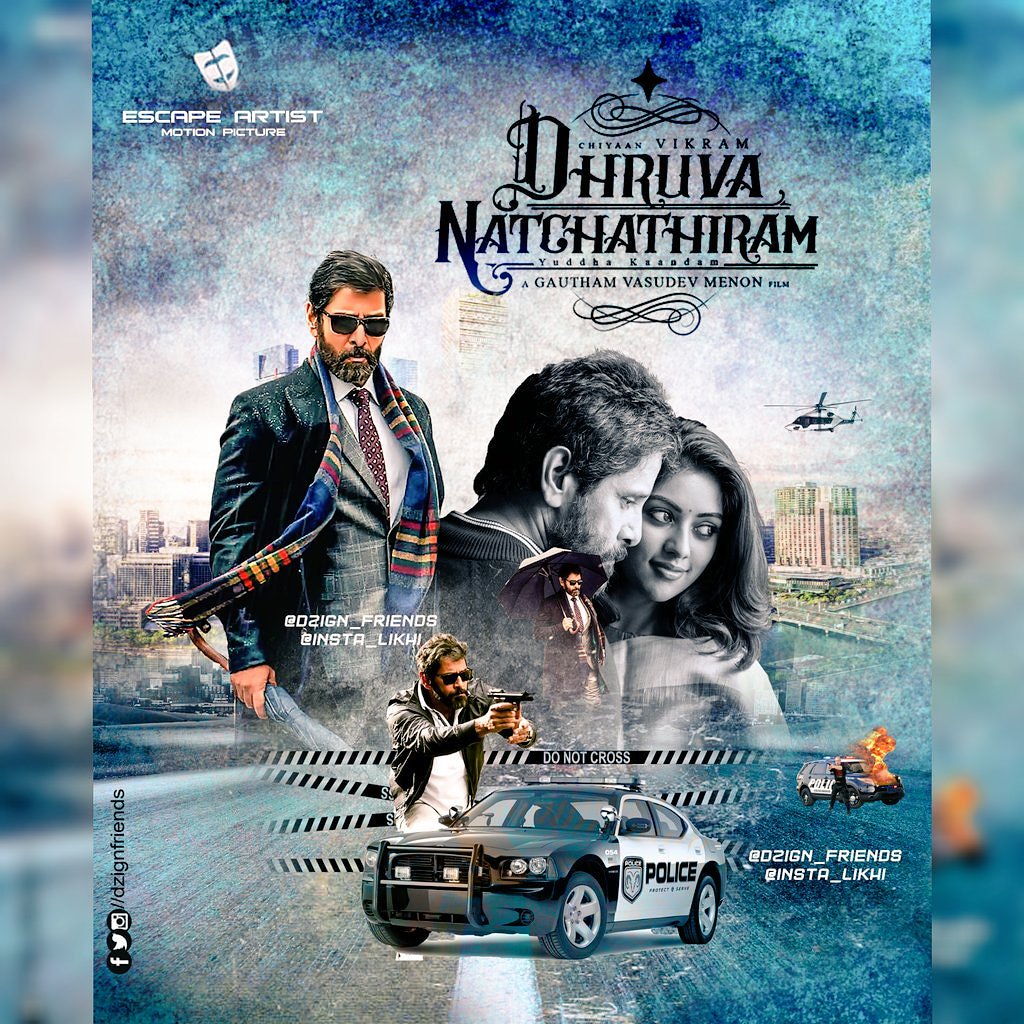 Two of his major films with Danush and Vikram are not seeing its end as of now. Along with Gautham Menon’s fans, fans of both the actors keeps on demanding about the updates of their favourite actor’s film.

Now the director has came up with a tweet which heaped praise for the film “Sarvam Thaala Mayam” which was director by Rajeev Menon. In the Gautham shared the trailer of the film and said “Rajiv sir and his intensity coming through these frames. And with AR sir enhancing the feel, it’s going to be beautiful in the theatres. Will be rooting for this on feb 1st sir.. all the best! @DirRajivMenon”

https://t.co/exIEsJ0ttP
Rajiv sir and his intensity coming through these frames. And with AR sir enhancing the feel, it’s going to be beautiful in the theatres. Will be rooting for this on feb 1st sir.. all the best! @DirRajivMenon

Instead of commenting something that is related to the post, almost every twitter users who follows Gautham menon trolled him and demanded for the update of Dhruva Nakshathiram and Enai Nokki Paayum Thotta. Check out some of them here :

Sir, Every 90’s kid dream to see the Maverick ENPT before he crosses 50

Instead of waiting for Dhanush, Gautham went ahead and signed Vikram for his next film, Dhruva Natchathiram. Both the films have now been put on hold due to financial issues.

last year in a recent statement, Gautham shared that he is waiting for Dhanush and Vikram’s dates to complete ENPT and Dhruva Natchathiram respectively.