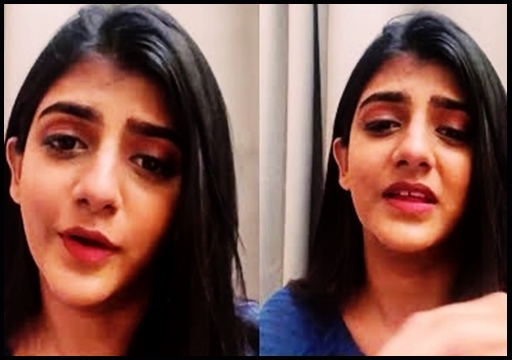 Gabriella’s Emotional Reply To Those Who Criticized Her For Venturing Into a Serial !!

Gabriella Charlton of Bigg Boss fame replied to her Instagram followers who criticized her for venturing into serials instead of waiting for a good opportunity to enter cinema industry. Gabi said that it is no matter whether it is small or big screen but an actor should put his/her work out there. She also said that visiting every house everyday is not “thinking small”.

She went on to add another story asking her followers not to ask questions based on her decision or laugh at it. Gabriella, a skilled dancer entered the Kamal Haasan hosting Bigg Boss show to build a career for herself in the film industry. She who made her debut into Tamil film industry by acting as Shruthi Haasan’s younger sister in “3” film, played exceptionally well throughout the season. Be it tasks or addressing the issues that are taking place inside the house, Gaby always excelled in it and gained a separate fan following among the Television and Internet audience.

The aspiring actress’s decision of walking out of the Bigg Boss house with a cash prize of Rs. 5 lakh was dubbed by the audience as a smart move as well. Gaby who is currently enjoying 1 million plus followers for her Instagram handle, is going to appear in a Vijay TV serial named “Eeramaana Rojave 2” as one of the leads. Promo of the serial released by the channel recently and fans got surprised on seeing Gabriella in it.

On Friday, Gabriella conducted a chat session with her Instagram followers. Many of them seemed to have criticized the actress’s decision of opting for a Television serial. “Why you accepted serial, don’t think small. definitely you have great future in cini field” a follower said and Gabriella replied to him saying “If you think I’m thinking small, then the joke is on you my friend. Small and big screens are just a medium. As actors we look forward to putting our work out there. Visiting every house everyday is not thinking small” 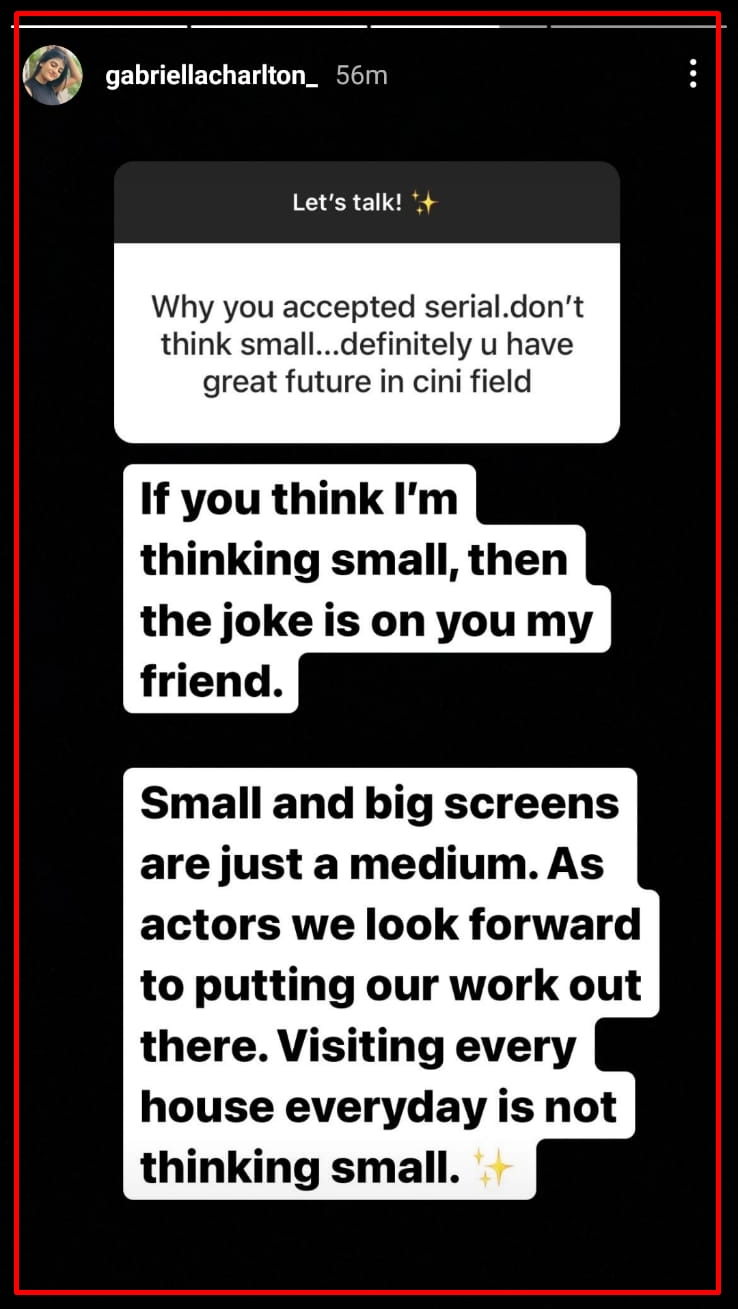 Followed by this, Gabriella added another story writing “And if one more person asks me this question or laughs at my decision, unga opinion na ketena ila unga work ah pathi comment panen ah ? Vaazha vidunga” (Did I ask you your opinion or did I comment on your occupation ? Let me live my life) 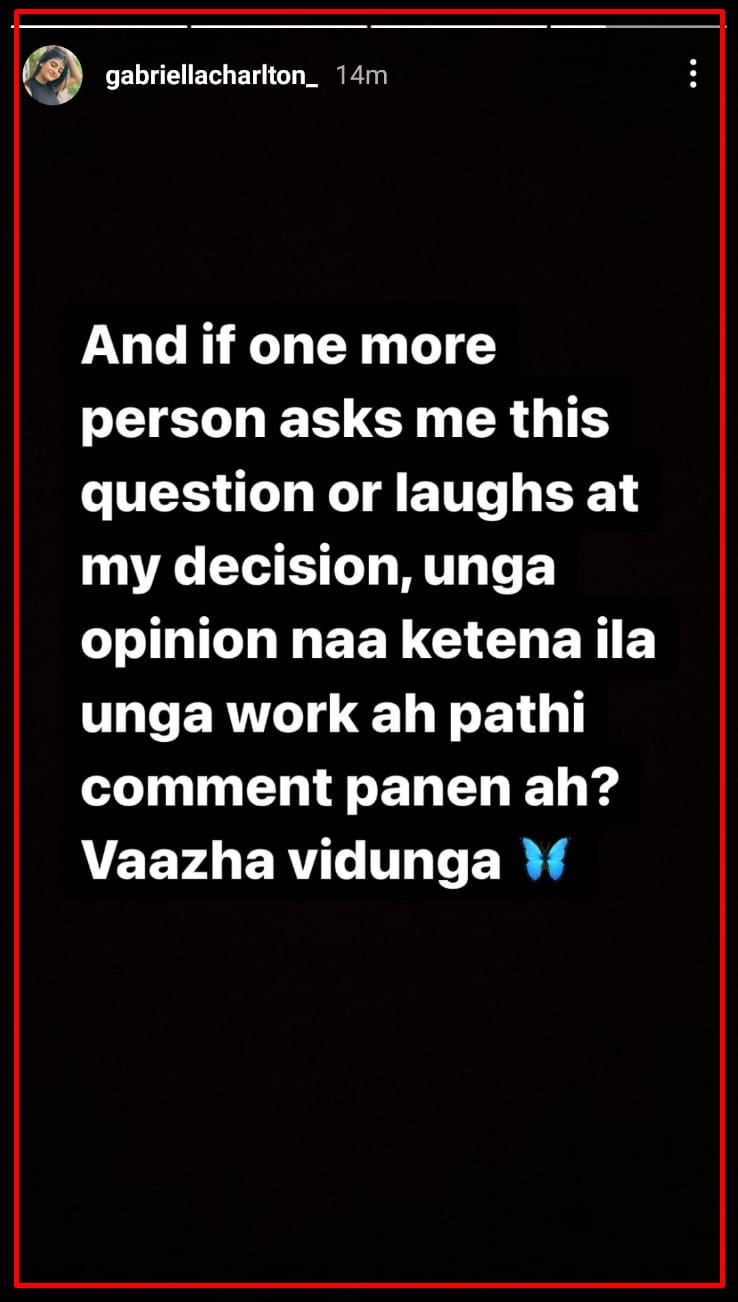 Comment your views on the decision of Gabriella and the reply she made to her followers who criticized.

Previous articleFrom Shane Warne To Sachin Tendulkar, Entire Cricket Fraternity Reacted To The “Not Out” Of Ben Stokes !!
Next articleCiby’s Wife Reacted To His Decision On Walking Out With Rs. 12 Lakh !!