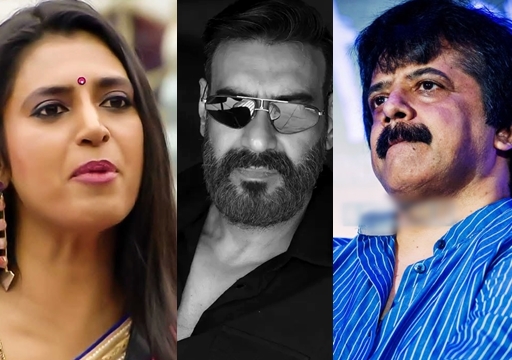 After Famous Bollywood star Ajay Devgn confronted Kannada Actor Kichcha Sudeepa and said that Hindi is our national language, the Bollywood actor has been receiving flak from all over the country. Hashtag “Hindi Is Not National Language” is trending in the micro blogging social media platforms with many influential personalities including former Karnataka Chief Minister Siddharamayya and acclaimed filmmaker Ram Gopal Varma tweeting against the actor.

Check out the tweets from some of the influential personalities below :

Hindi was never & will never be our National Language.

It is the duty of every Indian to respect linguistic diversity of our Country.

Each language has its own rich history for its people to be proud of.

I am proud to be a Kannadiga!! https://t.co/SmT2gsfkgO

No- Hindi is not our national language. @ajaydevgn Your ignorance is baffling. And it’s great that films like KGF Pushpa and RRR have done so well in the Hindi belt- art has no language barrier.
Please enjoy our films as much as we enjoy yours- #stopHindiImposition https://t.co/60F6AyFeW3

Hindi is NOT THE NATIONAL language of India, it is an “Official Language”. You need to be responsible about what you put out. Also @ajaydevgn – you reside in Mumbai & it is an insult to Maharashtra if you term one language as our national language over others including Marathi! https://t.co/GAnuHJSKOk

Sir,Hindi is our National language like you are the PM of india https://t.co/8LmHUjdrOJ

Nothing can drive the point better than ur question on ,what if you answer in Kannada to a Hindi tweet from @ajaydevgn .. Kudos to you and I hope everyone realises there’s no north and south and india is 1 https://t.co/g0IOvon8nV

Hindi is always our National language it seems. Someone show him the Constitution. https://t.co/6fIlSAKU7G

He dubs in Hindi bcoz you ppl can never understand the subtitles in English. https://t.co/BAq7dA0p2N

தமிழ், తెలుగు, ଓଡ଼ିଆ, മലയാളം & all Indian languages are equal & must be treated at par with हिन्दी@ajaydevgn is a WhatsApp Univ Dolt.#StopHindilmposition & protect India’s linguistic diversity 🇮🇳

Dear Bengali sister @itsKajolD, your husband @ajaydevgn is illiterate about Indian Constitution. Tell him that Hindi is regional language of BIMARU belt. Tell him that India has no National language. Bengalis died for language rights in 1952, 1961, 1971. Its ur duty as a Bengali. pic.twitter.com/kFTniQWYjH

Okay, we need to get this right! This is so so basic. India has no national language, for god’s sake.

Today’s lesson: If you eat Pan Masala then you will have poor general knowledge. You will think Hindi is our national language. #ajaydevgan

Sir. Hindi is not and never will be our national language. South Indian production houses release their movie in Hindi because it is just another regional language. Just like tamil or Telugu .

Kannada Actor @KicchaSudeep said ,”correct it,Hindi is no more the National Language, its no more a National language”!
In a film launch & a huge applause from the crowd & the media.

Hope the efforts of Kannada activists are reaching the intended places.👏👏#stophindilmposition pic.twitter.com/qpj06HJseG

Reacting to the statement of Kichcha Sudeepa, Bollywood actor Ajay Devgan who is known for acting in Hindi films for several decades, questioned Sudeep why he is dubbing his films in Hindi if he feels Hindi is not our national language. He also made a statement saying that Hindi was, is and will be India’s national language. Also Read : Kichcha’s Instant Response To Ajay Devgn’s Hindi Tweet !! 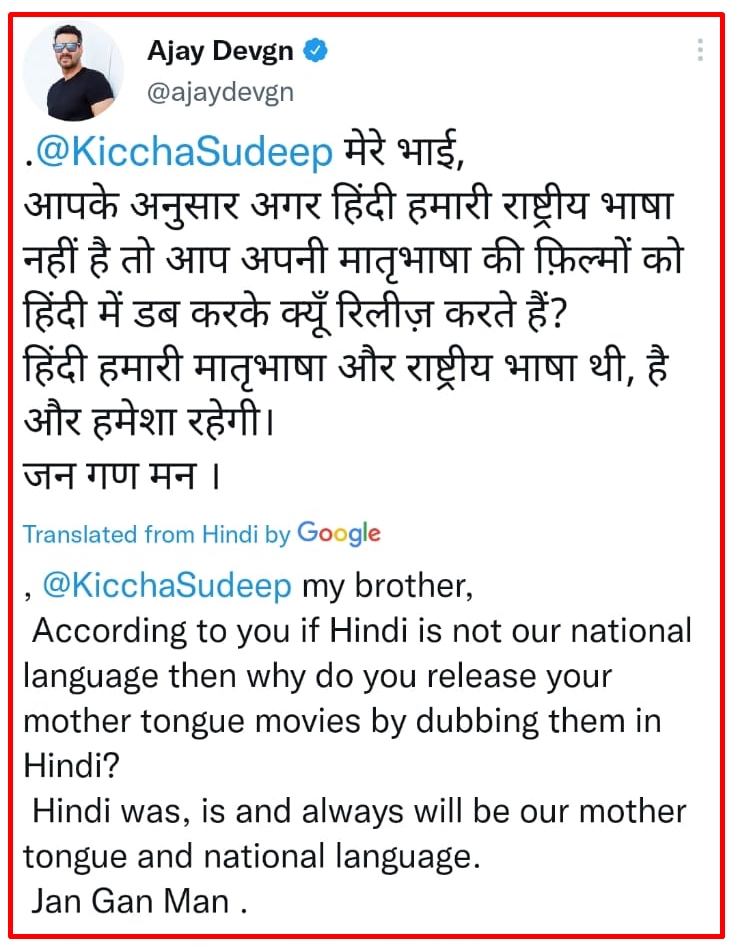 Nadigar Sangam, The South Indian Artists Association is all set for its poll which is expected to be conducted in 9 days. Two teams...