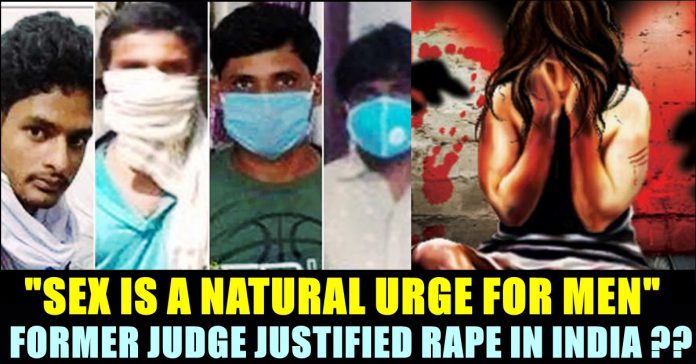 When the heinous crime that took place in Uttar Pradesh creating huge outrage in social media platforms with influential personalities condemning the act, a statement issued by former Supreme court judge Markandey Katju, irked the Internet using citizens. He posted it in his official facebook account on the day after the demise of the 19 year old girl victim.

The girl went to collect animal fodder with her mother from a field on 14th of September. They went to cut grass in the field which belongs to the Thakur men who are considered as upper caste in India. She was cutting grass with her mother and brother not too far off in a field. The girl’s mother had hearing issues and her ears were stuffed with cotton balls due to pain.

After a while, when the brother went to fill water for the buffaloes, the victim who was wearing a Salwar kameez, dragged by her dupatta and was sexually assaulted by the four men. The mother who thought that her daughter would have left to home to drink water, called her name two times loudly and continued cutting grass. Only after seeing the mud traces and her daughter’s slippers near the house, the mother started looking for her daughters in the fields of Thakur men.

While condemning the act of the culprits, Markandey, in his FB post said, that “sex is a natural urge in men”. He linked the raising number of rape cases in the country with the raising unemployment rate in India.

“I condemn the Hathras gang rape, and call for harsh punishment of the culprits. However, having said that there is one aspect which also needs to be considered. Sex is a natural urge in men. It is sometimes said that after food, the next requirement is sex,” he said in his social media post.

In his statement, he also said that girls won’t marry men who doesn’t have a job which leads to rapes in India. “Today India alone has about 135 crore people, which means there has been a fourfold increase in population. But the number of jobs increased are far less than fourfold. In fact it is believed that in June 2020 alone 12 crore Indians lost their jobs. Therefore will there not be increase in rapes?” he asked.

This statement from him made people think that the former judge is justifying rape. “I can’t believe you were ever part of a supreme court” wrote one a twitter user to express her displeasure over his statement. Check out some of their reactions below :

And WTF has has unemployment got to do with sex? WTH has rape to do with sex? It is about power and control, and caste is always a factor. The root cause is Indian patriarchy. Try addressing that.

Katju needs to be put in a mental asylum. pic.twitter.com/IjxZsGVkmR

Make sure Katju is employed all the time, because when he loses his job, he will rape someone! https://t.co/OpCKpcwcqZ

let’s call the hathra case what it is, it’s caste violence and rape. men are not programmed to rape, as katju so sincerely believes. men, esp those of an upper caste, rape to show their dominance.

I can't believe you were ever part of a supreme court

when you start writing with "i condemn it, however…" you're actually justifying it. that's it.

Previous articleKasthuri Continues To Slam Vijay TV Regarding Her Payment Issue !!
Next articleCongress Leader Rahul Gandhi Manhandled By UP Police & Got Arrested !!

Ritika’s Emotional Post After Seeing Her Husband Playing Even After Injury!!

Though India lost the second ODI against team Bangadesh and lost the three match ODI series against them, the match will always be remembered...

India begin their assault at a third 50-over World Cup title against a South African team in turmoil after losing their opening two matches....