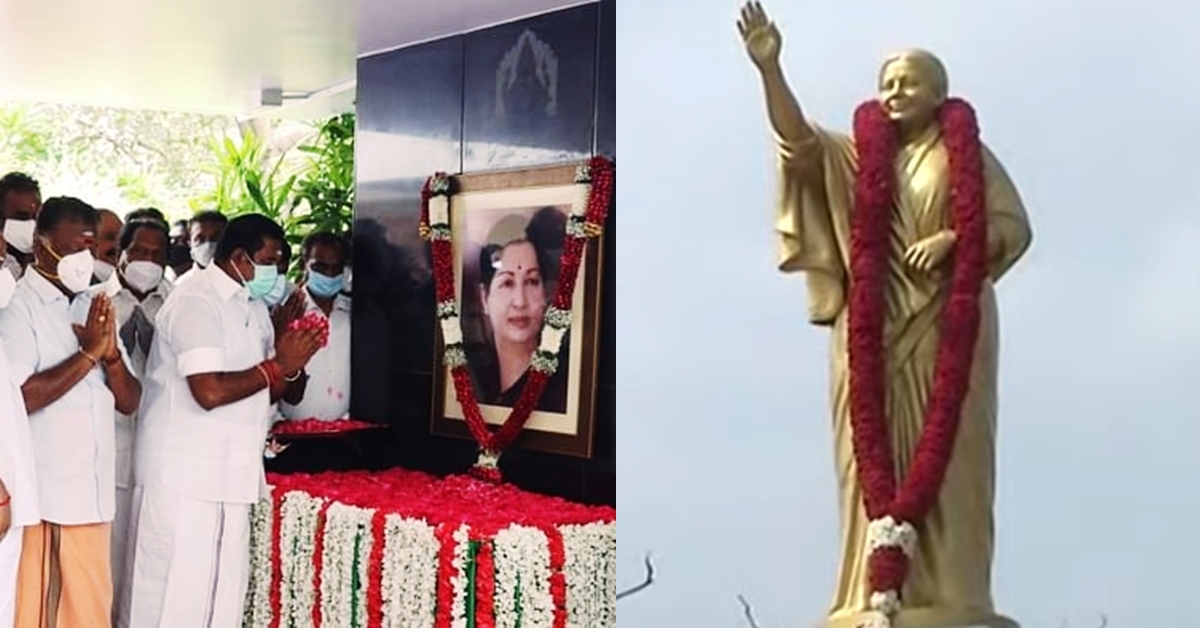 Followed by the inauguration of Late chief minister J. Jayalalithaa’s memorial building near Marina beach, her residence “Vedha Nilayam” was unveiled today as a memorial. These two biggest events that took place in the past two days made the supporters of ADMK party extremely happy.

On Wednesday, Tamil nadu Cheif minister Edappadi K Pazhaniswamy unveiled a memorial built for former Chief minister J. Jayalalitha which is made of Rs.80 crores at the Marina Beach in Chennai. It was made with the reference to a phoenix bird. Millions of ADMK supporters from across the country participated in the event to remember and pay respect to the former Chief minister J. Jayalaitha.

Now, the house “Vedha Nilayam” in which late chief minister Jayalalithaa was residing, was inaugurated by Chief minister Edappadi K Pazhaniswamy as a memorial. Later, he visited the books and photographs of former chief minister J. Jayalalithaa at the Vedha Illam. Along with Deputy chief minister O. Panneer Selvam, Speaker Dhanapal, Parliament members, ADMK supporters, enormous number of people took part in the event. The supporters of the party became extremely happy on seeing their idol’s house getting inaugurated as a memorial. They have been expressing their happiness by saying that the “Vedha nilayam” which is located in Poes Garden is nothing less than a temple.

Supporters of ADMK felt proud on seeing a statue being erected for their leader. They believed that their dream became true and felt happy after the inaugurations of Jayalalitha’s memorial built, memorial house and statue.