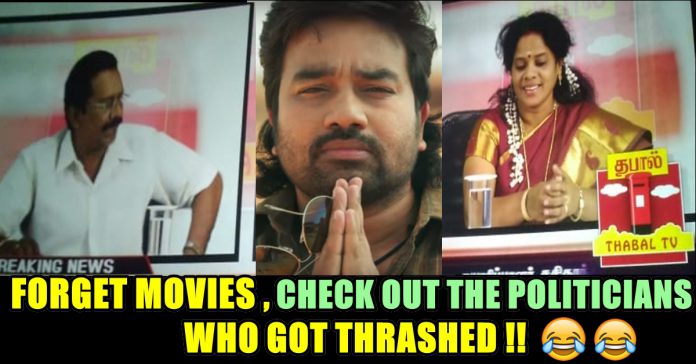 The trailer and teasers suggest that this time, the film has not spared politicians either. From films of Superstar Rajinikanth to Sivakarthikeyan’s Remo, the film takes a dig at everything that’s popular in Tamil Nadu.
Starring Siva, Disha Pandey, Iswarya Menon and Sathish, Tamizh Padam 2 is produced by S Sashikanth of Y NOT Studios, which also bankrolled the hit film Vikram Vedha.
Apart from movies that acted as prey for this “parody” there are lot of “political” moments that are brutally trolled. Here are some :

As we have already witnessed films trolling Modi’s decision of making the 500 , 1000 rupees notes go valueless overnight, this film elevated the troll to another level. Previously Director Ram , in his film Tharamani showed the pain of lower middle class people who suffered from this sudden decision. And Director Venkat Prabhu used the real footage of Modi announcing demonetisation in his upcoming film Party’s teaser.

Now in Tamizh Padam 2 it is shown that Shiva directly communicating with Modi to announce the demonetisation to bring the Villain “P” to banks to change his money.

We all are aware of sasikala’s weird activity while offering prayers at Jayalalithaa’s memorial at Chennai’s Marina Beach. Sasikala did something which was not the norm. With her eyes flooded with tears and lips muttering something, she hit the memorial three times at short intervals. In Tamizhpadam 2 , they imitated the same incident and recreated it as it was. To make it look like as it is going story wise, it shown that Shiva’s party taking oath in Shiva’s wife’s graveyard who was killed by the villain.

H.Raja was a part of RSS for a long time. It is no surprise the way he behaves and comments about Periyar, christians, Vaiko and Muslims. He is just the following the Indo-Aryan doctrine of supremacy, which is preached by RSS & BJP to their cadres. So he is considered as just another north Indian bully, who is trying to create hatred in the peaceful South Indian Society. Knowing this the creators of Tamizh Padam 2 kept a parody character of him who is in America, declaring Americans as Anti-americans. 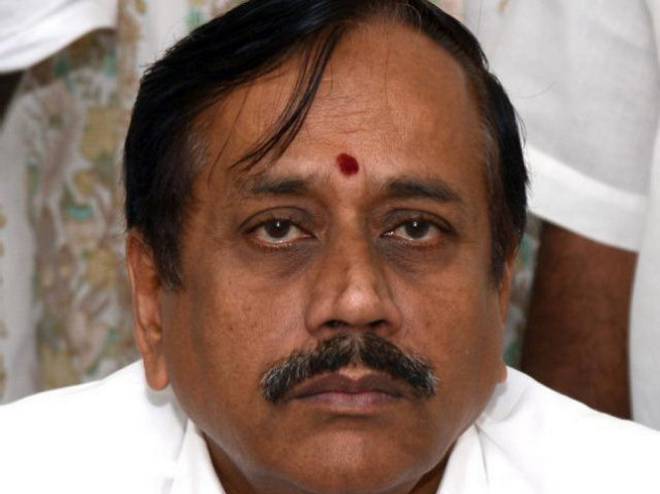 Tamil Nadu Chief Minister O. Panneerselvam took everyone by surprise when he sat alone in meditation at the burial site of Jayalalithaa. Clad in a white shirt and dhoti, and sporting his trademark holy ash and kumkum, he sat on the floor inside the burial site enclosure in a traditional meditating posture.

After sitting for nearly 40 minutes, he opened his eyes, wiped tears and prostrated as a mark of respect and then circumambulated the burial site. He then prayed before walking away. Panneerselvam arrived at the site around 9pm and placed a wreath before sitting in meditation. 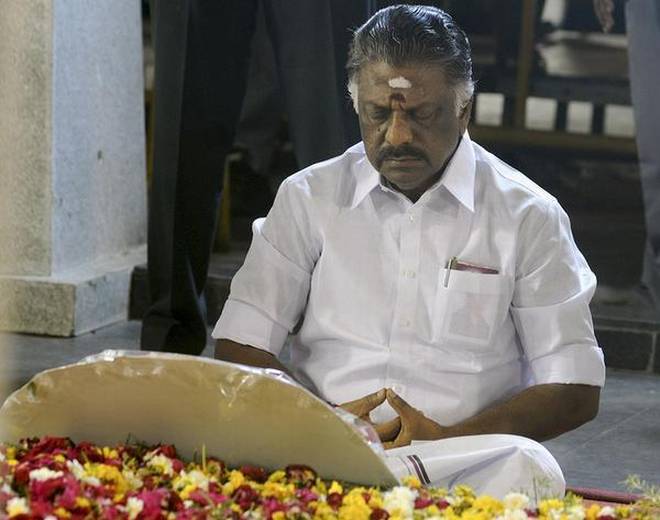 Hero Shiva himself resembled the incident by meditating infront of his wife’s graveyard where the press people surrounding him taking photographs as in real event.

As there are lot of news channels entertaining people with their debate shows instead of informing and reporting , Tamizh Padam 2 did not hesitated to take a dig at it as well. The showed a channel named “Thabaal” Tv which’s logo and pattern looked exactly like a leading news channel. And two of the participants who took part in that debate show looked exactly like ADMK’s Sellur Raju and BJP’s Tamizhisai. Amudhan highlighted their identity through their dialogues which was just hilarious. 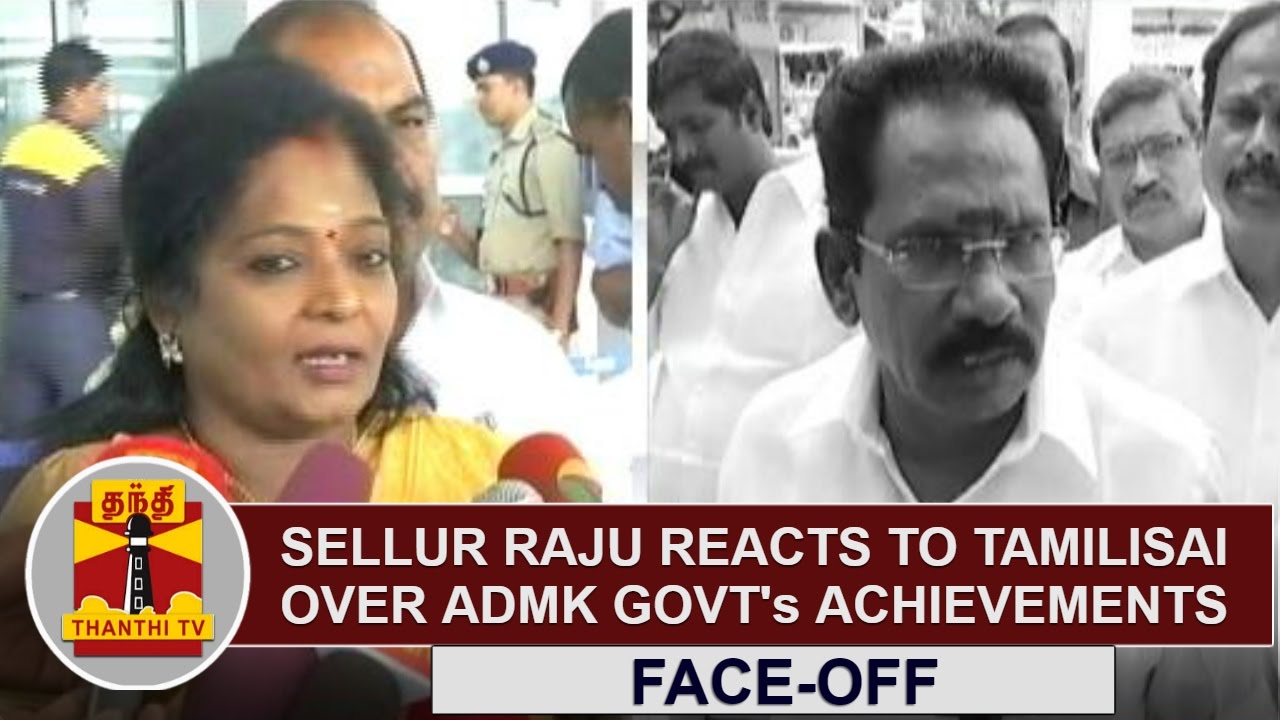 Well, what do you think on this hilarious movie making ??