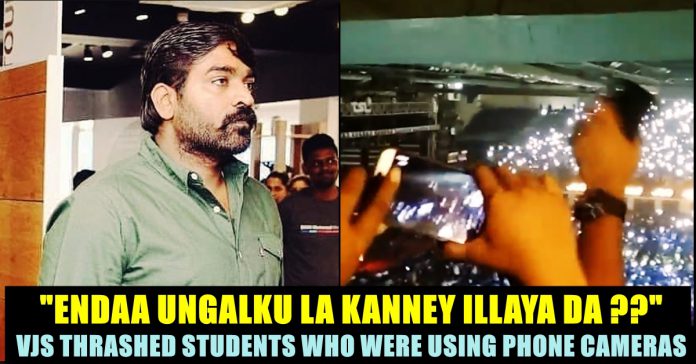 Vijay Sethupathi is one of the most loved actor among the audience as of now. The actor who is considered as the best versatile actor in Kollywood after Vikram has a huge fan base and he earned it through his hard work in a short span. 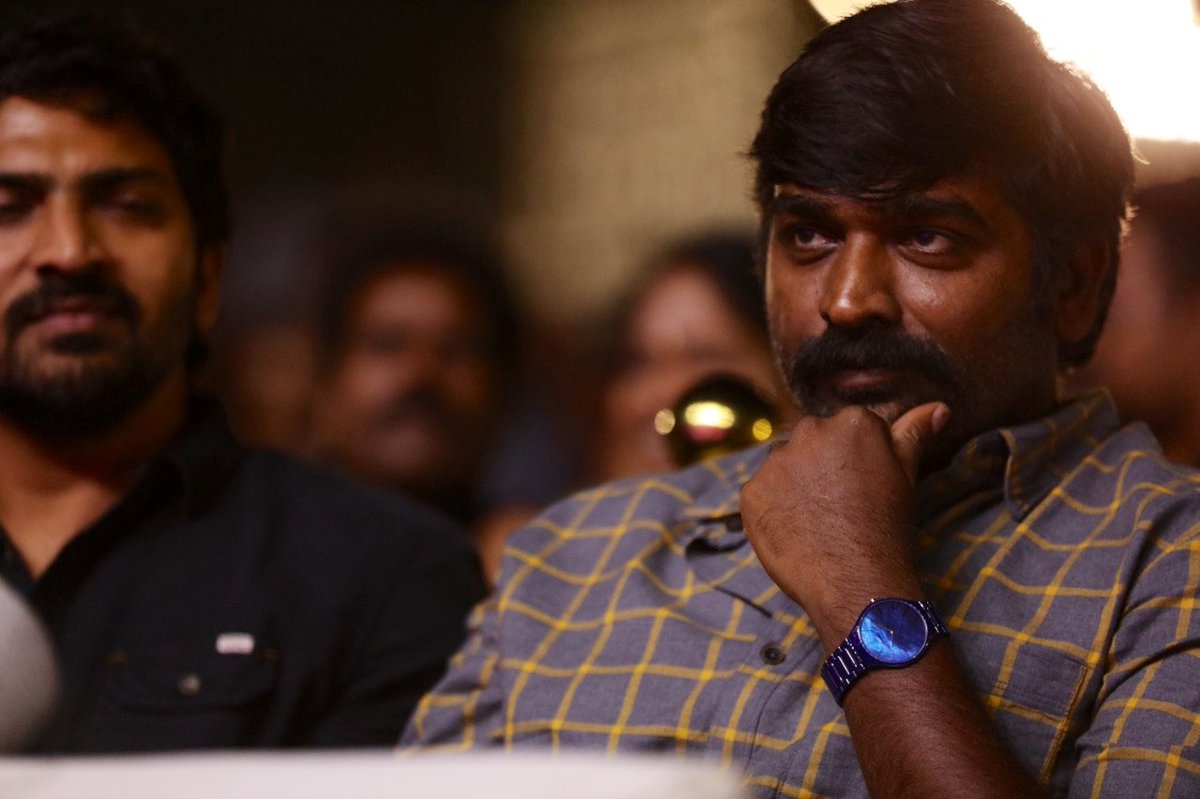 Apart form his acting in movies, Vijay Sethupathi’s interviews and interactions with fans in real life has separate fan base which could not be denied. The actor who came from scratch gave some extraordinary motivational speeches which acts as an anti-depressing element to many of the youngsters who goes through hard phase of their life.

The actor recently met the students of SRM University which located in Ramapuram it seems. The recent video which is going viral shows Vijay Sethupathi interacting with enormous number of students who were holding cellphones in their hand.

Students might thought that they would never get another chance to see Vijay Sethupathi in person again which made them to switch on their cell phone cameras to record Vijay Sethupathi who was all set for his speech.

Seeing hundreds of cameras infront of him Vijay Sethupathi in a humorous way asked them to see him through their real eyes. “Dei don’t you guys have your own eyes ?? Why are you not using it to see ?? When the world is so big, why are you using a small screen to see it ??” said Makkal Selvan directly to the students to which they responded by giving him a cheer.  “Whatever I say , you guys won’t reform ??” Vijay Sethupathi expressed his friendly upset to his fans.

Whenever Vijay Sethupathi gets a stage to speak, the actor uses it in a best way possible. Recently in an award function, he requested the chief minister of our state to take care of the mountains which are located it the rural areas. “While I went there for shoot, I saw people destroying it to make money. Either OPS or EPS, please take care of it, that me me cry” the actor expressed his emotions in that stage.

Vijay Sethupathi who was last seen in Karthick Subbaraj’s Petta is awaiting for the release of his Super Deluxe in which he portrayed the role of a transgender. Apart from it, Vijay Sethupathi committed in a movie directed by “Sketch” fame Chandru which is going on floor from June. The movie to have actresses Nivetha Pethuraja and Rashi Kanna in female leads as per sources. He also announced “Thuglak” as his next film in 96’s 100th day celebration.

What do you think on these videos of Vijay Sethupathi ?? Comment your views below !!