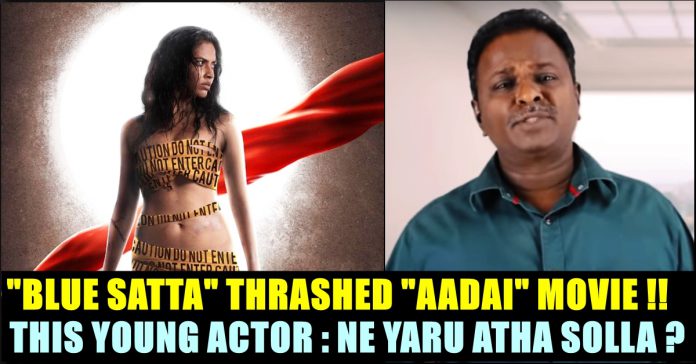 After lot of struggles, the film “Aadai” which was directed by Rathnakumar, “Meyatha Maan” fame, has hit the screens yesterday. The actress expressed her joy over her film in which she acted with immense boldness, getting released in big screens.

Releasing at 6 PM IST worldwide. We promise you it would be worth the wait. Thank you for your continued support! 🙏#Aadai #Aame #AadaiFromToday pic.twitter.com/AswyA22kp3

She even involved in the issues and visited the spot personally to sort out the problem which is holding the film from getting released. Not many heroines did it in the past.

🙏🏻🙏🏻🙏🏻 It’s hardwork of lots of people and would’ve been a shame if it wouldn’t have hit the screens today. #AadaiFromToday ✨ https://t.co/bpK0100sZJ

As soon as the film released, many people who watched the movie expressed their views, especially the movie reviewers of Kollywood town. “Blue Satta” Maaran who is known for his negative reviews didn’t spare this movie as well. In his review he stated that the movie has many flaws and the makers didn’t have a proper story to tell which ended as only a preach. “Being a heroine centric movie, the characterization of the heroine is a biggest flaw in it” said the reviewer. 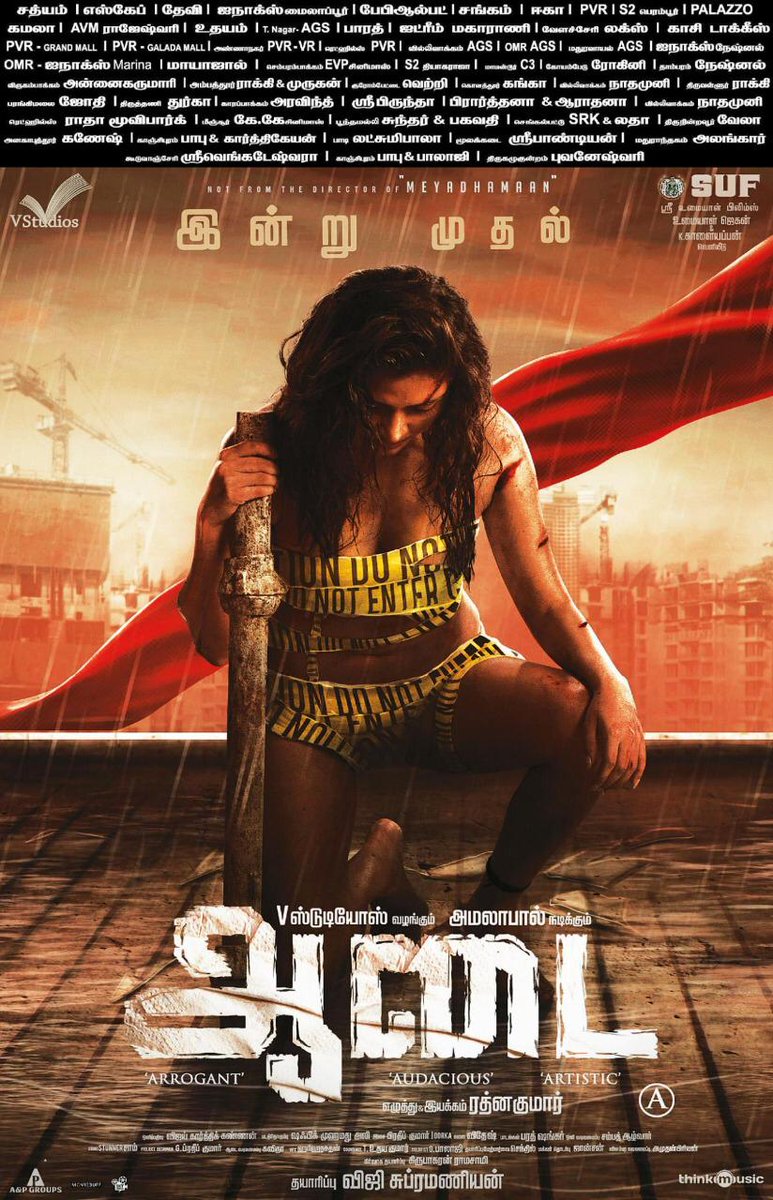 “Actor M.G.R who is having a large number of followers made awareness through his every movie. Through his movies he conveyed many messages such as not to smoke or drink, have to look after our parents, one must stand against injustice etc. Is there any one person who reformed after seeing it on screen ?? Do you expect people to listen to your opinion who has not listened even MGR’s??” he asked the “Aadai” movie crew. 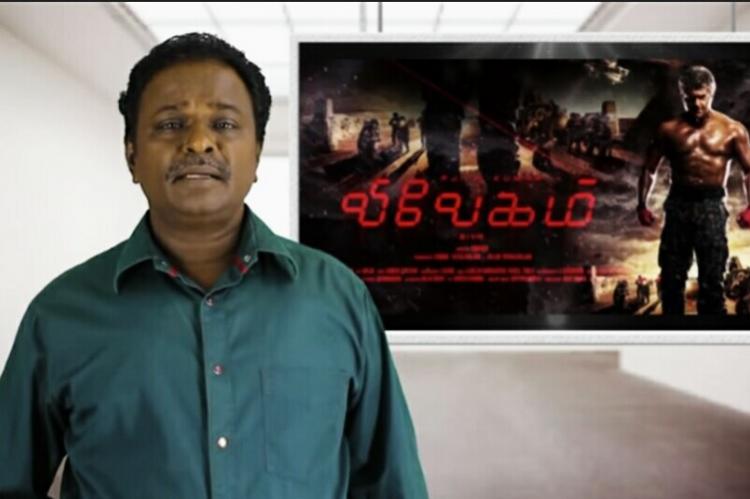 However, this review from Maaran does not impressed young and emerging supporting actor Ramesh Tilak. The actor who is known for his appearance in Soodhu Kavvum and Kaala, in his official twitter account posted a statement. Check out it here : 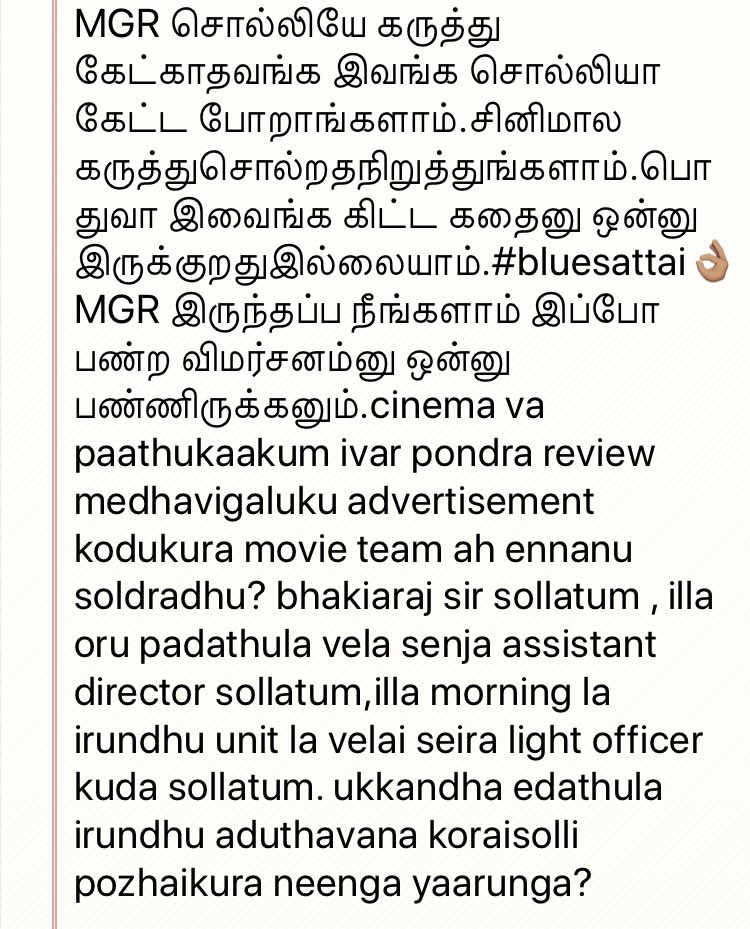 What do you think on this review and Ramesh’s reply to it ?? Comment your views below !!

Tamil nadu assembly election is nearing and all the political party members in the state are encouraging citizens to vote for the deserving candidates....

Sandy’s Wife Lost Her Cool On Seeing This Comment Of Mugen’s Supporter !! CHECK OUT !!

Director Shankar’s pet project 2.0 opened to packed houses yesterday across the globe. Starring Rajinikanth and Akshay Kumar, the sci-fi film has released in...