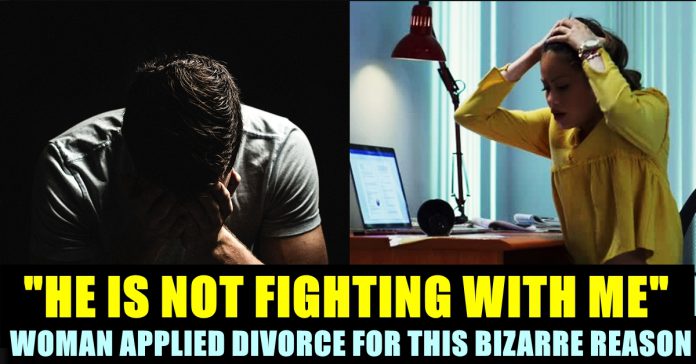 No matter how far along the marriage highway you’ve gone, there are some simple, fundamental rules of the road. Putting them into practice isn’t always easy, but it’s critical. If you do play by the rules, you’ll make your marriage stronger, and the good stuff—fun, sex, trust, affection—will be better than ever. The report quotes her as saying, “He never yelled at me or turned me down. I was choked by extreme love and affection. He even helped me clean the house.” The wife further complained that her life.

“I was choked by extreme love and affection. He even helped me clean the house.” The husband even cooked for her sometimes but the woman complained that her life had turned “hell” because her husband was too kind and there were no disputes in their year-long marriage. “I long for one day of dispute, but this seems impossible with my romantic husband who always forgave me and showered me with gifts. I need a real discussion, even an argument, not this hassle-free life of obedience.”

The man, however, insists that he did nothing wrong and was just trying to be “a perfect and kind husband.”

The husband defended himself saying that he was trying to be a good husband and even went on a diet when the wife complained of his weight. The husband went on to ask the court to talk his wife out of continuing with the divorce proceedings and give the marriage another try. The case has been adjourned even as the husband urged the court to advise his wife to withdraw the case. “It’s not fair to judge a marriage from the first year, and everybody learns from their mistakes,” he said.

This complaint from the woman confused the Men who are reacting to it social media platforms. “She should have told she got bored instead of all this.” said one of a twitter user.

She should have told she got bored instead of all this.

What do you think on the woman’s reason ?? Comment your views below !!

Exactly a month after the audio launch event, Ashwin kumar came up with a tweet in his official twitter handle, cherishing the support he...