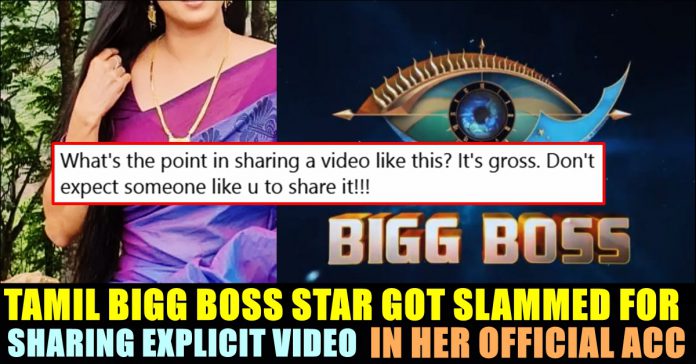 A video of a man and woman involving in sexual misconduct inside united nation’s official car went viral in social media last month. Followed by the impact it created in Internet, the UN government launched an investigation into the 18 seconds video footage. The video showed a woman in red dress, straddling a man in the back seat of the car which allegedly shocked Stephane Dujarric, the spokesperson for the UN’s secretary general.

The men in the video have been identified as the staff members of the United nations Truce Supervision organisation, UN military observers in Israel. The two staff members have been suspended without pay until the investigation into the incident has concluded.

“Meanwhile in Israel… United Nations officials express shock over footage of apparent sex act in one of its official cars in a busy Tel Aviv road. An investigation has been ordered. Guess bureaucrats are the same everywhere” Kasthuri wrote in her post while sharing the video.

However, many of her 2 lakh followers found it inappropriate and asked her not to share such videos. One of her follower asked her to create awareness about local issues, rather than sharing about United nations. Kasthuri said that her social media policy is to share about local news in Facebook and about global news in Twitter.

what wrong did i cause you sir, why this kolaveri

You must concentrate spreading something positive rather seeding negative emotions and facts .

Kasthuri who is known for appearing in number of films in Kollywood, entered the Bigg Boss house as wild card entrant and got evicted in the very first week she got nominated. She doesn’t made much impact inside the house during her stint and has became active on Twitter where she is famous. Since her entry, no contestant liked her company which was evident through their behaviour.

Vijay selfie with his fans in the shooting spot of his upcoming film is the most trended hashtag yesterday. Director Mohan who is awaiting...