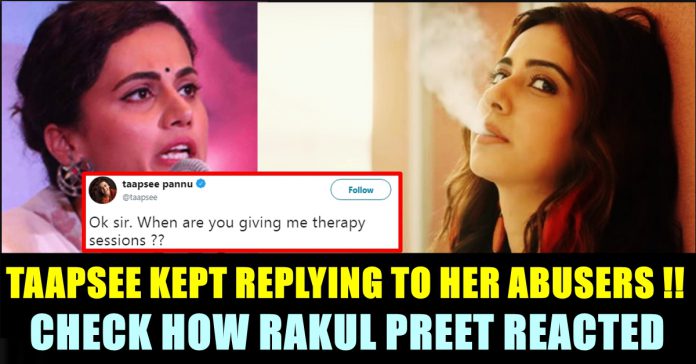 Both the tweets of Tapsee are receiving severe hatred from her followers for trying to be sarcastic over a young girl’s death. One user went one step ahead and trolled the actress by saying that she is a cheap actor. He also said that her mental state is not right.

To his tweet, Taapsee hit back at the user by saying “Ok sir. When are you giving me therapy sessions ?? And in the bargain also tell how to become an ‘expensive’ actor. Inflation Toh mere mein bhi hona chahiye na 💁🏻‍♀️”

Ok sir. When are you giving me therapy sessions ??
And in the bargain also tell how to become an ‘expensive’ actor. Inflation Toh mere mein bhi hona chahiye na 💁🏻‍♀️ https://t.co/PpcgHM86r3

Rakul Preet, a popular south Indian actress, wondered how Tapsee finds time to reply those haters. To make herself clear Rakul in her first tweet said “@taapsee u rockstar ❤️ how do u have so much patience to really hit back .. love ya”

@taapsee u rockstar ❤️ how do u have so much patience to really hit back .. love ya https://t.co/8UEOwXaFXg 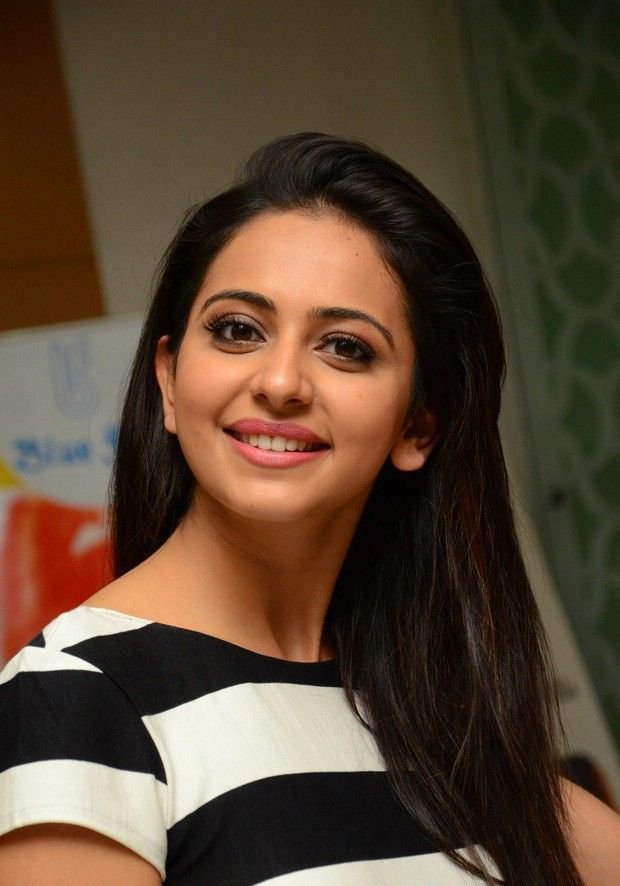 To this Taapsee said that those haters are thinking that she has no films to work. “so I’m just proving them right 😜” her tweet read :

To this Rakul Preet posted a laughing emoji and said that she is making best use of the Mumbai traffic. “You are making good use of the traffic in mumbai 😂”

You are making good use of the traffic in mumbai 😂

Though it looked like Rakul is complimenting the actress for hitting back at abusers, there was an indirect message from the NGK actress to Taapsee which suggested her not to reply to those abusers which would ruin her reputation.

What do you think on this conversation between Rakul Preet and Taapsee Pannu ?? Comment your views below !!

After Venkat Prabhu, This Huge Production Company Decided To Do Film With Simbu !!

There was a rumour earlier that STR will be joining hands with super fun and experienced director Sundar C. Now it is confirmed with...

Injured Workers Of Sterlite Abandoned !! : Asks For Compensation Which Is Unheard !!

On the outskirts of Thoothukudi in Tamil Nadu, 34-year-old Karthiban has gone into a deep depression. Crouched on a stone slab, frantically chewing fingernails...