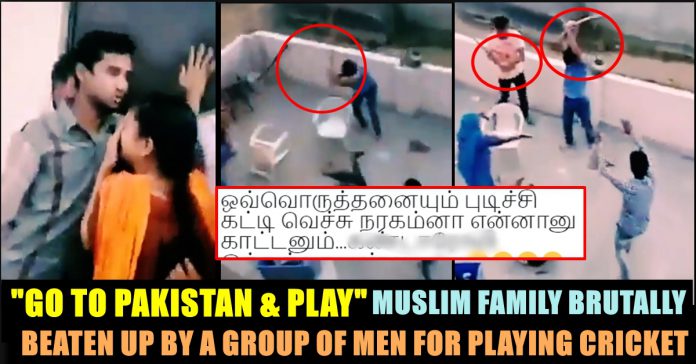 We have always seen how age old British policy Divide and Rule got manifested in various forms, through our human subconscious. As individuals we are so submissive towards this narrow misconception that as human kind we are still reeling under it. 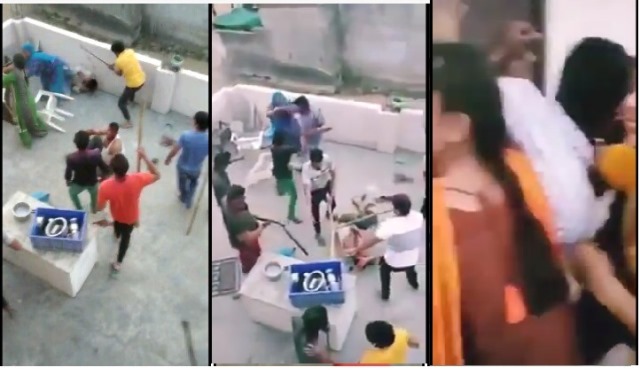 Now, after the recent Pulwama tragic incident, where we lost more than forty of our CRPF jawans, when a SUV filled with explosives rammed into the CRPF convoy, the political and military tensions between the two neighboring nations escalated to a great extant. Even the militant group Jaish-e-Mohammed is based in Pakistan, when they claimed it in a video that went viral afterwards.

At least 35 to 40 goons assaulted three to four people belonging to a Muslim family in Bhondsi area, Gurugram on Holi (March 21). A video showing the assault has surfaced online.

A Muslim family is brutally attacked by goons in Bhondsi, Gurgaon, Haryana .

The family, in their police complaint, alleged that the accused told them to “go to Pakistan” and threatened them to vacate their home.

An FIR under various Indian Penal Code (IPC) sections, including an attempt to murder among other sections, was registered in Bhondsi police station after which the police arrested six of the attackers.

ACP (Crime) Shamsher Singh said that the victims were playing cricket outside their residence in Bhup Singh Nagar in Gurugram around 5 pm on Holi when the incident took place.
[wp_ad_camp_1] 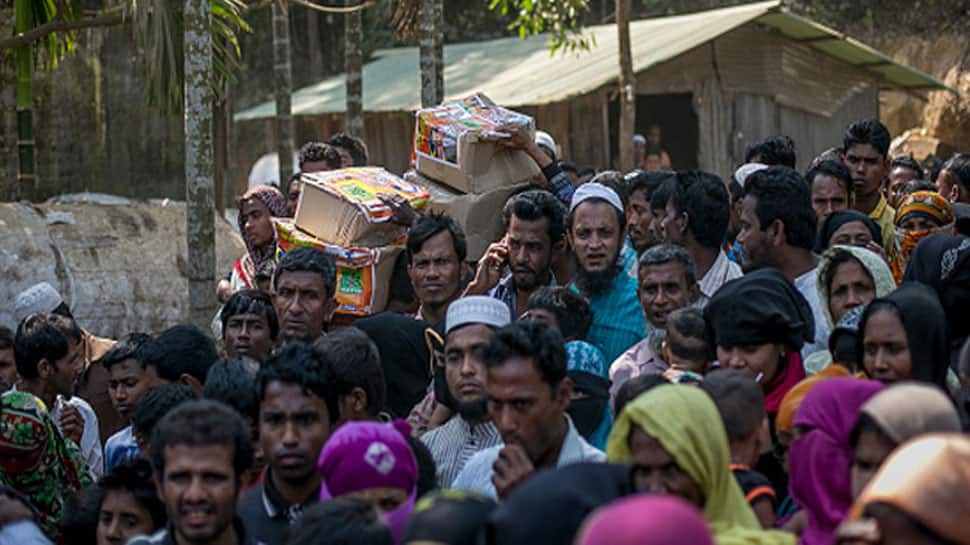 “As per statement given by one of the victims, identified as Shahid, the attackers were inebriated and asked the victims not to play cricket on the street. Following this, both the groups got into an argument and the goons trashed the victims with batons, iron rods, hockey sticks, and water pipes,” said Singh.

This shameful incident took place at the home of Mohammad Sajid who has been living there along with his family for the past three year. He hails from Uttar Pradesh and is currently residing in Gurgaon with his six children and wife Sameena. 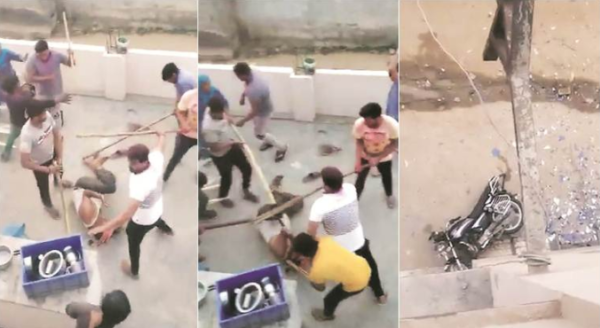 According to Sajid’s nephew Dilshaad, on Holi evening they were playing cricket outside, when some people approached them, demanding and stating ‘go to Pakistan and play’. According to the police FIR, this incident took place around 5pm.

Dilshaad stated ‘Two unknown men came on a bike and said, ‘What are you doing here? Go to Pakistan and play’. They began fighting and when my uncle Sajid intervened, the boy sitting at the back of the bike slapped him and said, ‘You wait, we will show you.’

“On seeing them, we ran into the house, and they all began demanding that the men come out or they will kill us,” Mohammad Dilshad told The Indian Express. “When we did not go out, they forced their way into the house and started beating us up.”

Mohammad Sajid’s wife said the accused fled with valuables and cash and damaged cars and windows.

This incident created massive outrage in the social media. Check out some of their reactions after seeing this video :

#Gurugram Haryana
Animals are everywhere
Animals are the protector too.
Communal hatred at peak
No action like always..@alamgirizvi pic.twitter.com/gtJCcNCCbH

Where is#chowkidar….? what about happened in gurugram……

This #Gurugram this put me on shock it is just terrorism

What happened in Gurugram was highly condemnable. But in the era of social media, if you outrage only about one kind of victim while ignoring others, these cases stop getting our sympathy. Left liberal seculars are the reason for our apathy.

Previous articleGayathri Raguramm Posted Tweet Supporting Her BJP !! Here’s How A Follower Trolled Her !!
Next articleKasthuri Criticized Those Who Protested Against IPL Last Year !! Check How People Reacting For Her Statement !!

Condemnations emerged from all over the Internet as soon as the video of an elderly woman who claimed herself as a lawyer hurled abuses...

Aadhar Card Is Must For A Hair Cut In TN !!

"Unlock 1" which started from June 1 requires Aadhar Card for a hair cut in salon. Not only for the long needed hair cut,...