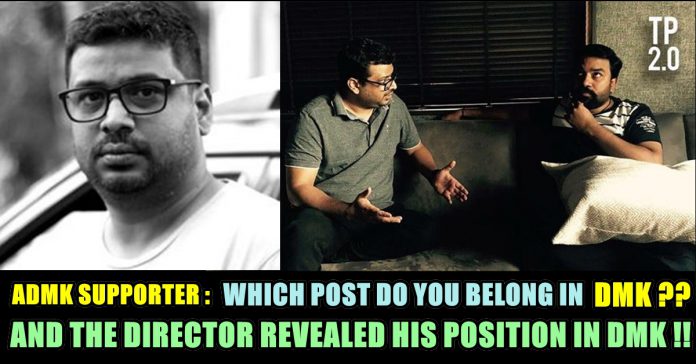 Thanks to some hilarious, out of box marketing and promotions, the buzz around Tamizh Padam 2 was extremely high. And the film which released on Thursday has met with predominantly positive reviews and taken a strong opening at the box office. The film, reportedly, collected a gross of Rs 63 lakh in Chennai city on Day 1. Notably, Tamizh Padam 2 was also one of the few films which had early morning shows in Chennai even though it wasn’t headlined by a top star. Usually, the tradition is only reserved for stars such as Rajinikanth, Kamal Haasan,  Ajith, Vijay etc. The figures are impressive for a film that isn’t shouldered by a major star. Meanwhile, the film has taken a great opening in other centres as well including the US. According to trade trackers, Tamizh Padam 2 collected a gross of USD 47,223 from premieres and Day 1. With the positive word of mouth bringing more people to the theatres, the number will rise over the weekend. Apart from Shiva, Tamzih Padam 2 also stars Satish and Iswarya Menon in lead roles. The film is bankrolled by Y Not Studios.

Tamizh Padam 2’s parody list is quite exhaustive — from Rajinikanth to Sivakarthikeyan, the film spares no one for a joke. Several of Tamil Nadu’s well known political faces were also parodied heavily.

In the meantime director C.S Amudhan conducted a question & answer session in his twitter account. So many questions from the twitter users poured in his comment section including why he haven’t trolled the party DMK. One of the fan also asked when is Tamizh padam part 3. Here’s glimpse of the conversation between C.s Amudhan and the fans.

This answer from the director reveals that he is not belongs to DMK but some fans still not satisfied and kept on asking him about the link between him and DMK. One of the Fan also asked that if he is the son-in-law of Dindugul.I. Leoni to which the Director answered as well.

Not for the next 2 years min 🙂

Not for the next 2 years min 🙂

How is ur life after tamilpadam2😀?

The director says not for next two years minimum when he was asked about Tamizh Padam part-3. As we have seen that he took 8 years gap to make the sequel, most of the fans expected that the part 3 will take minimum 5 or years so that he can make fun of more films. But the director clearly denoted that he was in the idea of making the part-3 and the pre-production will be taken to concern after 2 years.

Actor Madhavan is very much active in social media platforms and setting it in fire by posting his throwback pictures. He has been described...