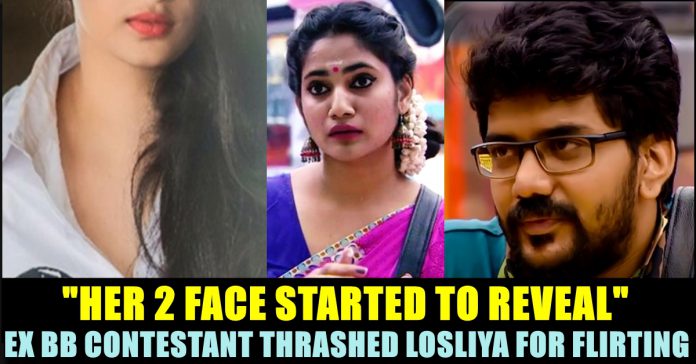 Till the end of third week, undoubtedly Losliya was the most loved contestant by the audience for her cute looks and impulsive attitude. Her Neutral behaviour and being aware of not to make verbal spats with other contestants won her many hearts from the audience. But now it seems she is turning out to be a contestant who irritates the audience due to some of her acts inside the house. 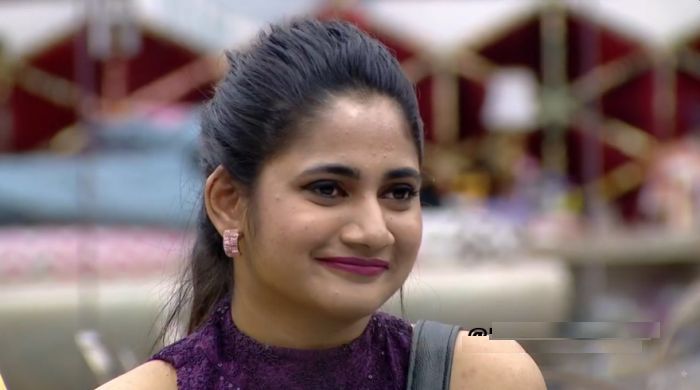 Losliya is a Sri lankan based news reader who made her presence in the most expensive reality Bigg Boss Tamil. Losliya who impressed many fans lost her bubbliness when an issue raised between herself and Kavin, one of the male contestant. The issue is because of Kavin having similar emotions towards Losliya and Sakshi, another female contestant. After all the problems between her and Kavin, now she is again seen flirting with Kavin inside the BIGG BOSS house which irked many of her fans. 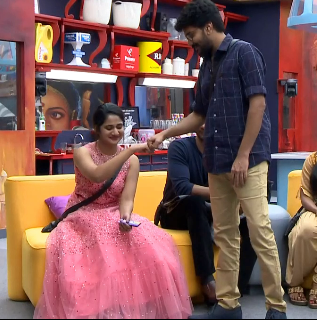 Losliya recently faced the wrath the social media for confronting with Mugen who compared her dance moves with legendary comedian Vadivelu’s. Losliya Getting Thrashed For Degrading Comedy Legend “Vadivelu” !! They Just Got Irritated !! She also criticized for laughing at Cheran when Reshma called him as “Fool”. This Popular Actress Thrashed Losliya For Laughing At Cheran !! CHECK OUT !!

Not only fans but also Suja Varunee, the former contestant of BIGG BOSS show also felt the same. When one of her follower asked about Losliya, Suja, in her reply tweet said “She’s one of the safest player inside the house! For eg: she talks so much Philosophy & yet she was flirting with kavin in the village task. Though it was not the task She was given. Her two face Character is already started to reveal…”

She’s one of the safest player inside the house! For eg: she talks so much Philosophy & yet she was flirting with kavin in the village task. Though it was not the task She was given. Her two face Character is already started to reveal… https://t.co/7VHntZbiIv 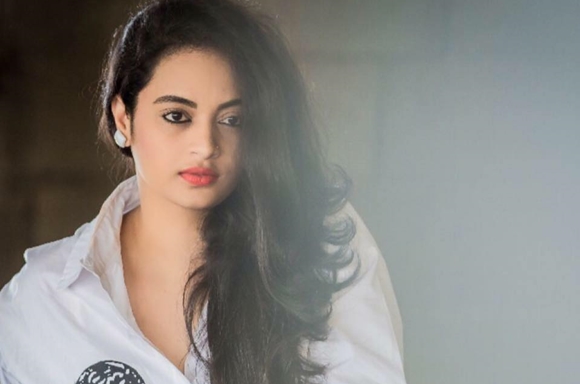 She also answered to few more questions shot by her followers. Check out them here :

Your point is true and you have all the rights to give ur opinion! But please correct one word!! They are not “Acting”.. No one can act inside!! They are just being too conscious and careful! That’s why in my previous tweet I have mentioned that all are smart in their own ways!☺️ https://t.co/swvFxytmTA

Everybody are definitely smart players..According to me,they are all enjoying their own game👍 But I don’t like one thing in bb2 & bb3! In any game show there shud not be any language or cultural preferences! Only talent speaks! It has been followed for many ages! Eg: Cricket ☺️ https://t.co/NzIMIvr8RN

Suja Varunee is an actress who has appeared in Tamil, Kannada, Telugu, and Malayalam language films. She made a notable participation in Bigg Boss show in the first season. What do you think on these statements of Suja ? Comment your views below !!