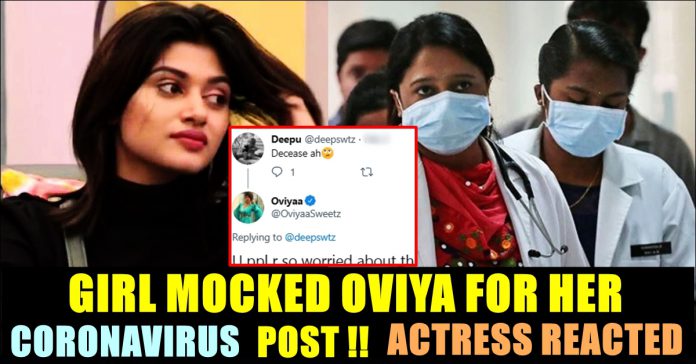 The thread made by Coronavirus across the world looks extremely dangerous. The disease started infecting in China and caused several deaths. Now it has been reported that the disease started spreading in India which resulted in three persons in Kerala getting hospitalized. Kerala on Monday reported that the total number of the affected in the country increased to three even as state health minister KK Shailaja said there are chances of more samples testing positive.

Health officials said like the other two patients, the latest is also a medical student who returned to India in the last week of January from coronavirus epicentre of Wuhan and that all the three travelled back together from China. “The patient is stable and being closely monitored,” the Union health ministry said in a release.

As the entire world is creating awareness to get rid of the disease,the social media users are taking steps to share tips to make people alert of the situation. Meanwhile, another set of users making fun of the situation and posting memes regarding the same. Along with many other celebrities, actress Oviya, who rose to fame among Tamil fans through Bigg Boss show, also posted a tweet to create awareness about the situation.

“Hope the decease will be gone soon and the world will be a better safe place again !!pls stay safe and do precautions #coronavirus” read her tweet. Check out the tweet here :

Hope the decease will be gone soon and the world will be a better safe place again !!pls stay safe and do precautions #coronavirus

Though many understood the context of the tweet and responded to it in a positive way, One of her 5 lakh followers pointed out the spelling error in her tweet. “Decease ah🙄” the user asked in her tweet.

On seeing this reply from her follower, Oviya who thought of replying to the girl who pointed out her spelling mistake, wrote “U ppl r so worried about the spelling ..not the decease ah sorry *disease 🙄”

U ppl r so worried about the spelling ..not the decease ah sorry *disease 🙄

However, the user who mocked Oviya said that she commented that way only to grab the attention of the actress.

As far as the virus is concerned, Close to 100 people, with a history of travel to China, are under quarantine in different hospitals across India. Eight of the 13 patients kept in the isolation ward In New Delhi’s Ram Manohar Lohia Hospital have been discharged. Reports of five suspected cases are awaited.

In a fresh travel advisory issued by the Indian government, e-Visa already issued to Chinese nationals is not valid temporarily.