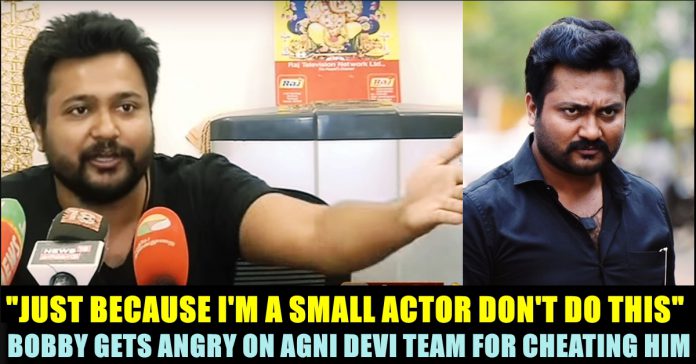 Starring Bobby Simha as the protagonist, Agni Devi is a political thriller with Madhubala in the role of the antagonist. She is seen as a politician and comes across as a vicious woman in the film, from what is known about Agni Devi as of now.

It is said that Bobby Simha backed out of the project as the makers didn’t film according to the initial script. Simha’s role is dubbed by Daniel Balaji and in some scenes, dupes and CGI have replaced the actor. The ingenious thing about the film is that it is not clear whether the watchable portions were part of the initial script or the nauseating later drafts.

Despite the court order for a stay on director John Paulraj’s Agni Devi, the film released in theatres today. The stay was issued by a sub-ordinate court in Coimbatore on March 22, in response to actor Bobby Simha’s complaint stating that the movie was shot with his body double, and that he had quit the film after five days of shoot due to creative differences with the director.

Bobby Simhaa was last seen in a short role in director Karthik Subbaraj’s Petta which had Rajinikanth, Vijay Sethupathi and Nawazuddin Siddiqui in the lead roles. Now, the actor has filed a police complaint against the director of his upcoming movie for a weird reason.

The actor said that he had opted out of Agni Devi (which was titled Agni Dev back then) after working on the film for five days. Apparently, Simhaa noticed that the director had made significant changes to the script and the scenes which were shot with him were in no way related to the script that was narrated to him.

In this recent interview released in Puthiya Thaalimurai Bobby has asked “Just because I am a small time actor one cannot do this to me. What will be the state of actors who have lesser profile than me ?? What will you do if a big time actor has similar problem ? will you guys allow the film to release in theatres ?”

He also said that he has not received the slalary payment which was negotiated between them. “As we talked 60 lakhs is my salary and 10% from the profit. I have received only 10 lakhs from them” said Bobby in the interview. 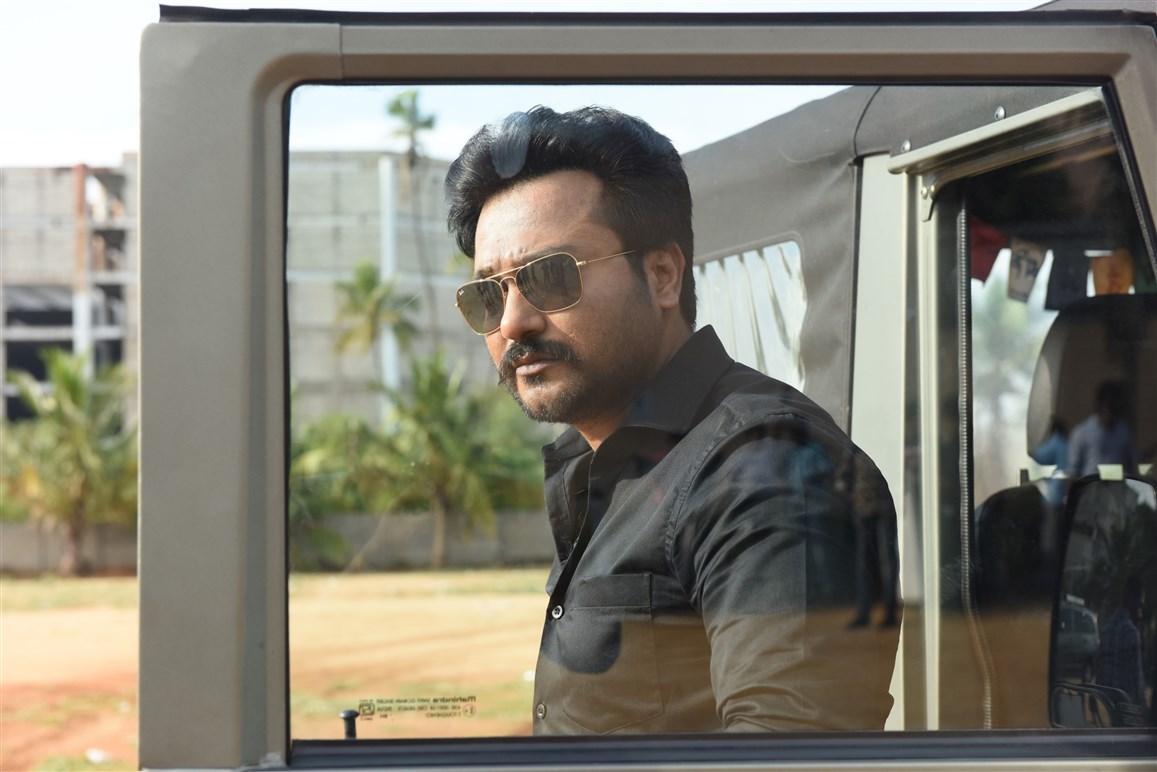 In his complaint, which he filed at the Nandambakkam police station, Bobby had written that John Paulraj completed the film by using a body double and VFX as well. The actor is said to have knocked on the doors of the civil court in Coimbatore to look into the issue.

Check out the trailer and sneak peek of the movie here :

“He found the script to be different from the one he had initially accepted and the shooting was delayed. Hence he quit the movie,” said the officer. A petition has also been filed in a civil court in Coimbatore. The movie is supposed to be released on March 22. “We have filed an FIR with charges of criminal breach of trust, cheating, harming reputation and forged documents,” said an officer according to The Hindu.

Here is Kamal’s first step into TN politics! Read to know in detail.

In the recent times, Actor Kamal Haasan has been hinting us about his entry into TN Politics. To give us a shock, the actor...