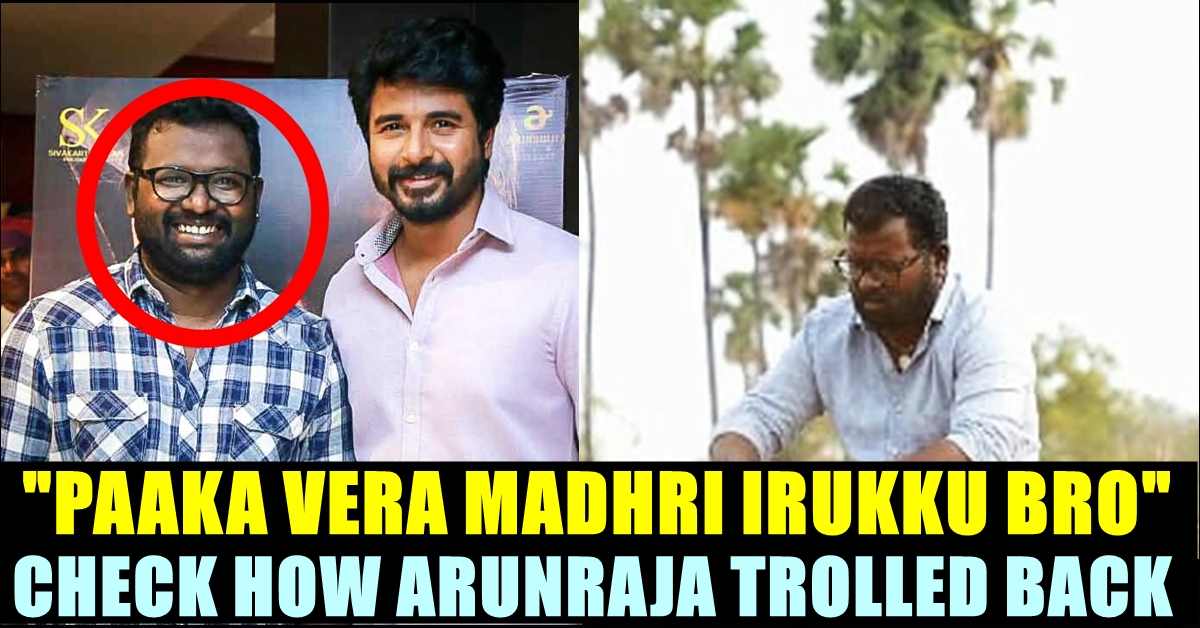 Director Arunraja Kamaraj started his career as a comedy actor through films like Raja Rani and Maan Karate. The filmmaker then emerged as a lyricist and singer through singing the song Ding Dong for the movie Jigarthanda. He has also written and sung the song Neruppu da in Rajinikanth’s film Kabali.He also written lyrics and sung for the film Kaala. But the multi talented got widely appreciated when he made his directorial debut through the film “Kanaa”.

The actor is very much active in social media platforms such as Twitter and Instagram. In this digital era we could hardly witness anyone who does not have a Facebook or Instagram account. As we all know Internet trolling is something which is almost every celebrity in the world are facing in daily basis. Some won’t mind and react to the trolls they are receiving but some will get offended and give it back to the trollers right away.

Arun who enjoys more than 3 lakh followers in Instagram, today posted a picture of himself which seems to be a working picture during the shoot times of “Kanaa”. The filmmaker was seen wearing a simple shirt and dhoti in an empty space by sitting on a rock. The caption of the post said “A lone monster”

On seeing this picture, one of his follower, in a humorous way, said that it looks he is doing something weird in that particular angle. “Bro thoorathula irunthu paakka vera maari irukku😂😂😂”

As this comment reached more likes from the users of Instagram, it grabbed the attention of Arun himself. The filmmaker, in a way of giving him a befitting reply wrote “ennam pol vazhkai” to that user which roughly translated as “Your life is based on your thoughts”.

This comment left many of his followers in splits which is event through the 90 likes it received. Arunraja Kamaraja is one of the top names in the negotiation for the director in Thalapathy 65. After finishing college Arun Raja worked as an assistant director in Nelson Dilipkumar’s Kolamavu Kokila. Later, he went on to name a character in his movie Kanaa after Nelson Dilipkumar which was played by Sivakarthikeyan.

What do you think on this instant reply from Arun ?? Comment your views below !!