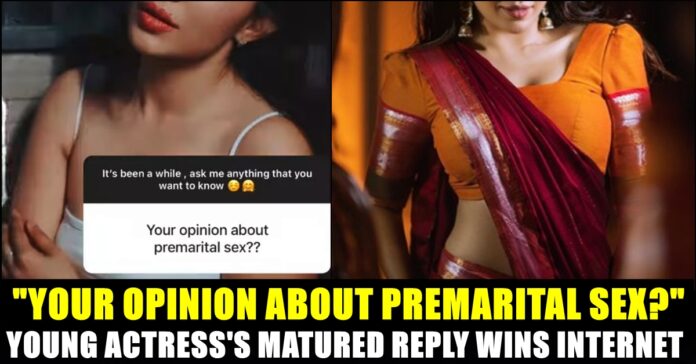 Actress Parvathi Nair of “Ennai Arinthaal” fame replied to a follower who asked her to answer about people having premarital sex. Politely taking up his question, the actress said that she no one to comment on what people are doing with their own body. She also answered to many other questions of her followers which included whether she would marry a guy younger than her.

Parvathi made her acting debut with the 2012 Malayalam film Poppins. She rose to fame among Tamil cinema’s mainstream audience after acting in Ajith kumar’s “Ennai Arinthaal” as one of the female leads. She paired opposite to Arun Vijay who played the role of an antagonist in the film. She did notable roles in some of the other Tamil films including “Uthama Villain”, “Maalai Nerathu Mayakkam”, “Koditta Idangalai Nirappuga” etc. The actress who us enjoying 1.9 million followers in Instagram, is pretty much active in social media platforms by interacting with her followers and updating her pictures from her photo shoots.

The actress who is pretty much active interactive with her followers, recently conducted a question and answer session with them. Among the many who asked her about her upcoming projects, marriage and other stuffs, a follower had the courage to ask the actress to tell about her opinion on premarital sex.

Replying to him, Parvathi, politely said “what you do to you and your body is your choice and I’m no one to comment for anyone else” as her reply. 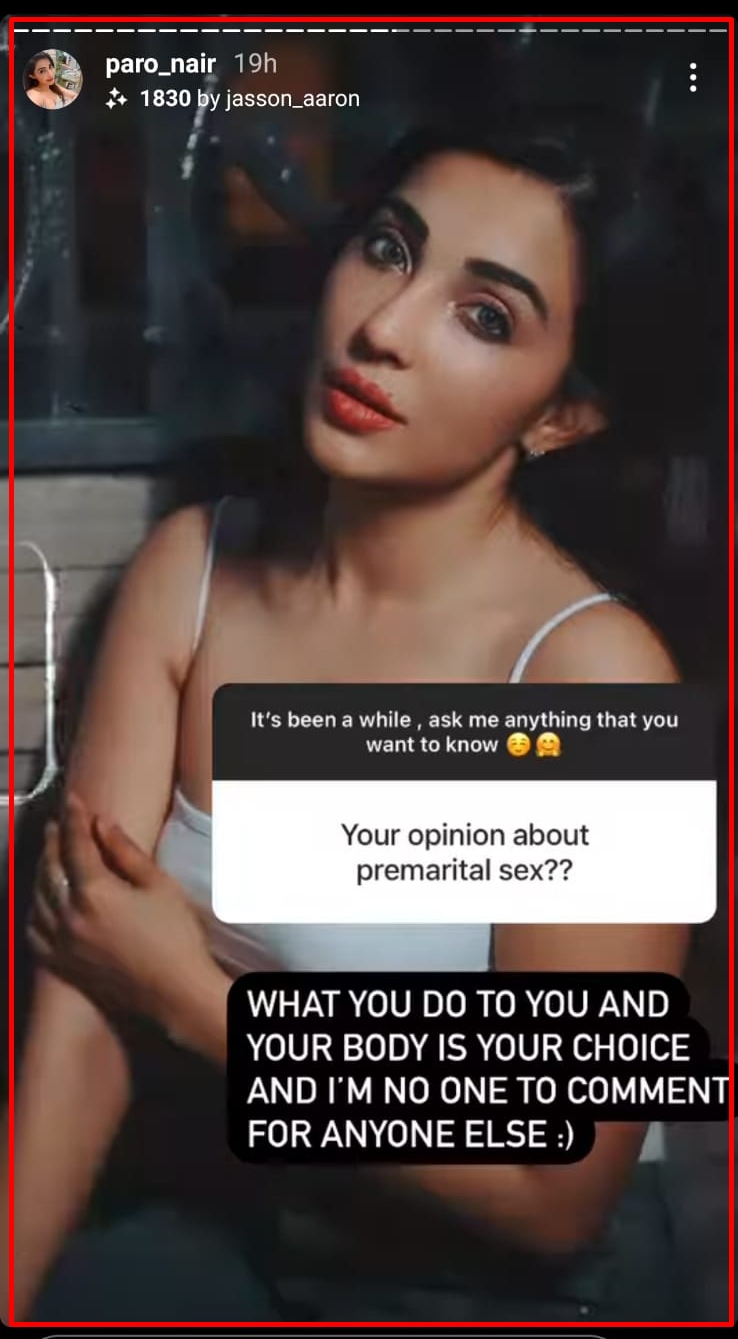 Parvathi also answered to some of the complicated questions of her followers in the question and answer sessions that were conducted earlier. Check out some of them below : 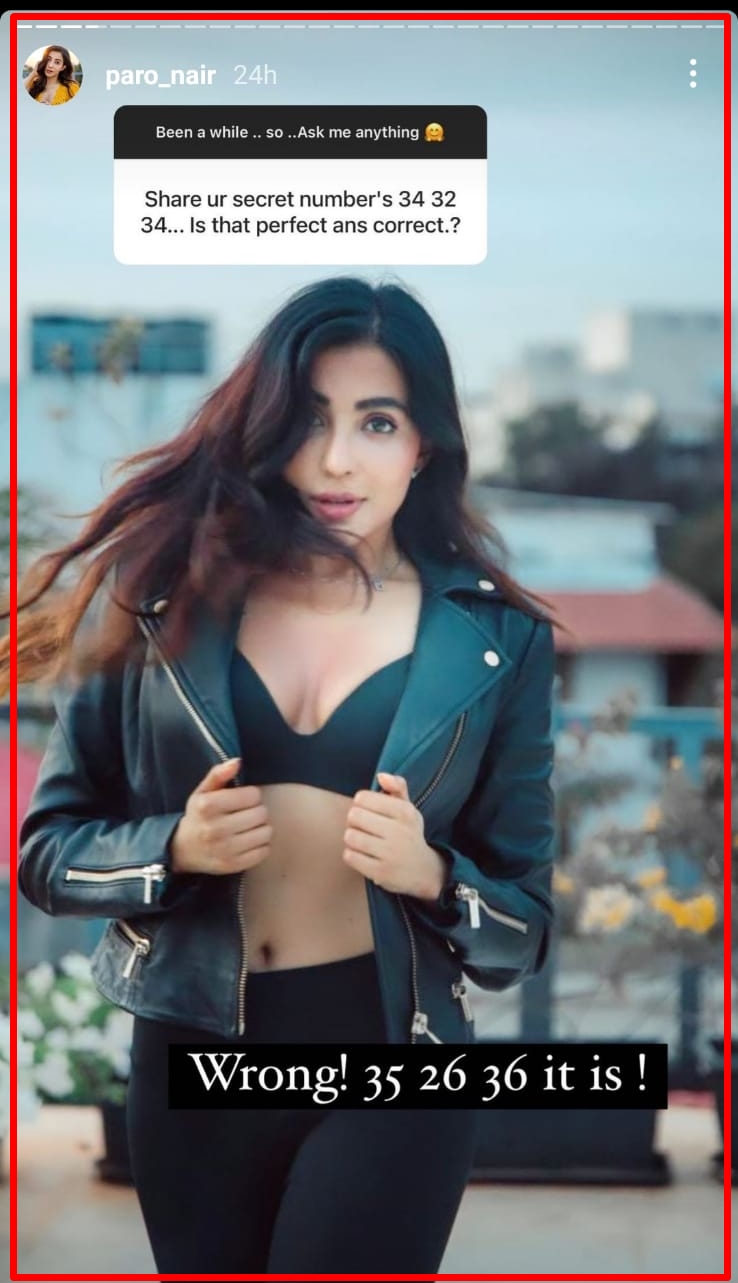 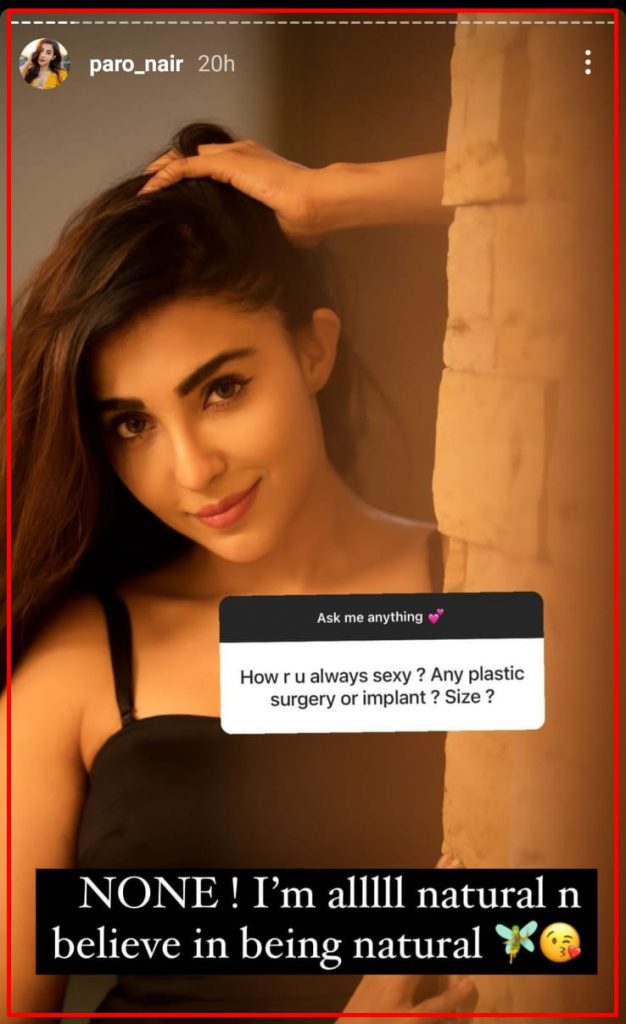 Being born in Abu Dhabi, United Arab Emirates for a Malayali family, Parvati has an elder brother. She who is a graduate in Computer Science and Engineering from Manipal Institute of Technology in Manipal, Karnataka, endorsed the brands Anchor, Asian Paints, Malabar Gold, Mazaa, Prestige, Reliance and Tata Diamonds before making her debut as an actress. On the work front, the 28 year old who was last seen in “83” of Ranveer Singh, is expected to be seen in “Aalambana” of Vaibhav in Tamil and in a project named “Rubam”.

Previous article“Paathu Pannu Ya” – Fan Requested Lokesh Kanagaraj After Watching “Beast”!! Check His Reaction
Next articleRs. 2.4 Crore Worth Jewellery Got Stolen From This Heroine’s House!!