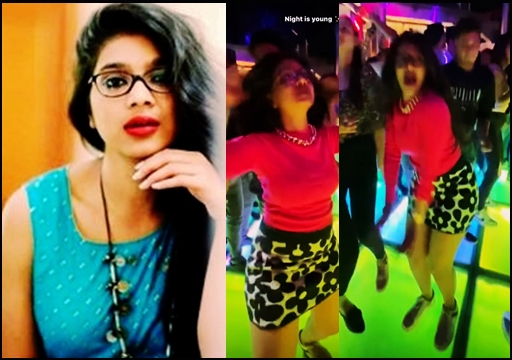 VJ Parvathy who is known for hosting shows at Galatta YouTube channel and taking part in Zee Tamil’s “Survivors” show, reacted to a regressive comment that was made on her for dancing at a night party. The budding actress said that she is legally eligible to dance and sing and added that it is her freedom of expression. She also made it clear that her happiness is important comparing to everything else.

Parvathy who was presenting shows for “Galatta” youtube channel, rose to fame among the Internet audience after interviewing actor, music director, filmmaker Hip Hop Aadhi. She is enjoying a huge sum of followers in social media platforms and is engaging her followers by uploading the pictures from her photoshoots with motivational quotes and with quotes that defines herself.

She who recently made her Kollywood debut through Hip Hop Aadhi’s “Sivakumarin Sabatham”, is known for giving back to toxic followers who abuse her through online platforms.

Recently she came up with a video of herself having good times in her official Instagram handle. In the video, she was seen vibing for the remix of “Endrendrum Punnagai” song from Alaipayuthe film. Watch the video below :

On seeing the video, a follower of her said that he thought Parvathy was a person who was good at anchoring and singing. “You are dancing at bar after getting drunk. So you are also like all the modern girls” the online user accused Parvathy through his comment.

Replying to him, Parvathy said “Dancing and Music is my freedom of expression. I work and I buzz out my stress through music and dance. Nobody has the right to stop me because I’m legally eligible. I don’t care about the social views. My happiness is important” through her reply.

Further, she went on to add “Girls, Dhuppatta podunga Doshi boys are so worried. Be aware, Dance your heart out” while sharing the screenshot of the comment as her Instagram story. 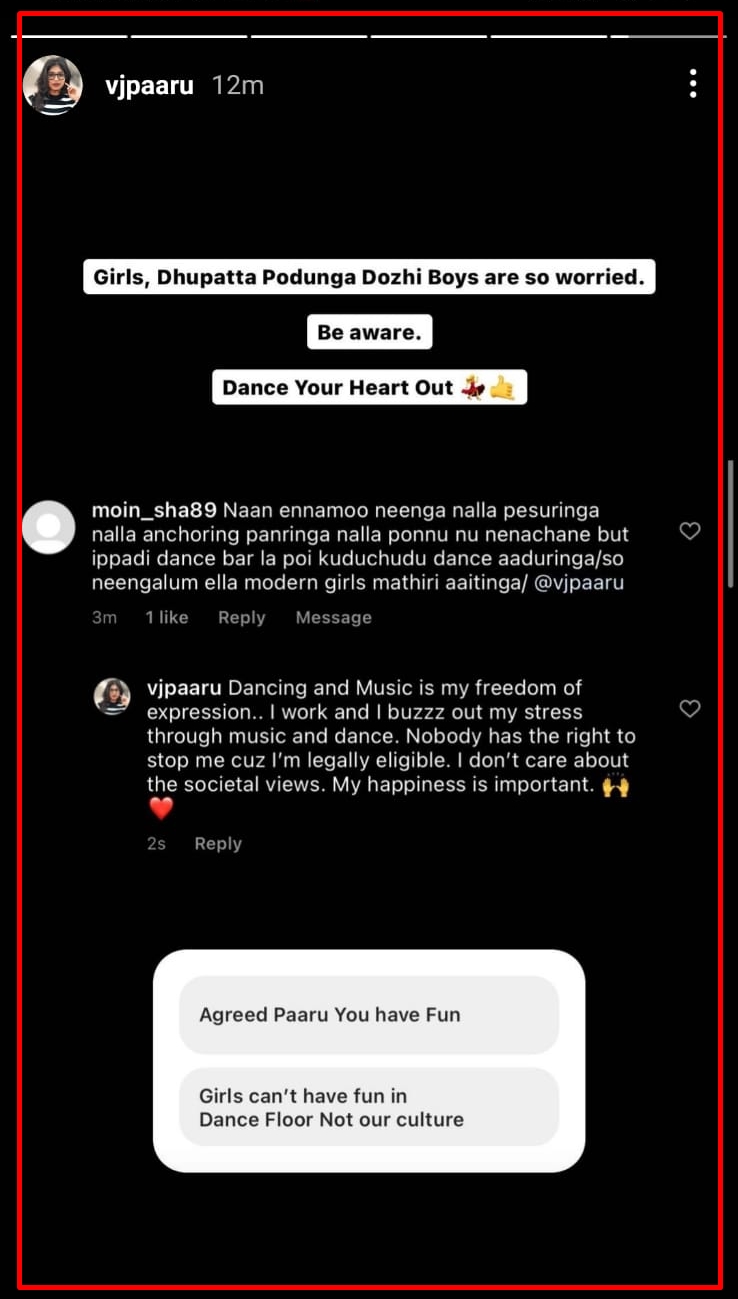 This is not the first time Parvathy is going through such toxicity. She often got compared with former pornographic actress Mia Khalifa just because she is wearing a similar spectacle. Brushing off all the negativities such as body/slut shaming, mindless trolls, she recently made her way into the silver screen through “Sivakumar sabatham” of Hip op Aadhi. She who took part in Zee Tamil’s “Survivors” show as one of the contestants, is expected to be seen in director Sasi’s “Nooru Kodi Vanavil” starring Harish Kalyan and Siddhi Idhani as well.

After seeing a promo of Bigg Boss Telugu season 4, fans of Tamil Bigg Boss show expressed their disappointment over Kamal Haasan. They wanted...